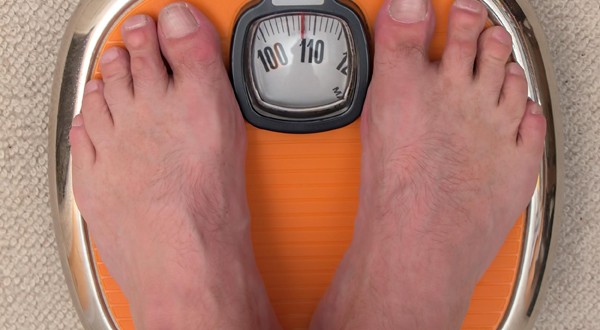 25 Quick Diet Fixes. Like many of us, are you feeling bloated and saggy after too much festive fun and cheer? Don’t get depressed – slimming gain needn’t mean pain.

Just by making small tweaks to your daily routine this can make a huge difference to your waistline. If you were to lose two pounds a week for the next seven weeks, you could lose a stone by Valentine’s Day.

1 Swap white bread for wholemeal: The calorie count is the same, but white bread has much less fibre so you’ll feel hungrier much more quickly.

2 Lose the top of your sandwich: The sandwich has become the ubiquitous lunch on the go. But use just one slice of bread instead of two… and instead fill out with a small bag of green salad leaves with healthy dressing. The result is a 100 calorie saving and a boost of essential nutrients to fuel weight loss.

3 Cut the bacon: If only a bacon sandwich will suffice on a Sunday morning, you should swap the streaky bacon for the leaner back bacon and cut off the fatty rind. This will save you a hefty 250 calories. Another suggestion is to grill the rashers rather than fry them for extra calorie savings.

4 Tweet what you eat: It’s the new way to keep a food diary. If you have to note it down, chances are you’ll pay more attention to the quantity and quality of what you eat.

5 Ditch the side orders: If you are having a curry, swap the side order of naan bread, which can contain a whopping 400 calories, for a chapati which comes in at just 120 calories and is virtually fat-free.

7 Do not leave out breakfast: Research shows us time and time again that skipping breakfast can lead to weight gain, not weight loss. You are more likely to crave quick sugars such as cakes, muffins and buttery toast if you skip breakfast.

8 Hydrate yourself: Being thirsty can often be mistaken for feeling hungry. Drinking small amounts of water between meals is the best. Around 1.5 to two litres a day is a minimum for an average-sized person.

9 Cut down on alcohol: If you’re out for the night but want to stay healthy then order tonic with cordial, or an alcohol-free grape juice as a tasty, guilt-free drink. Alcohol-free beers are becoming increasingly popular and are available in most bars. Some have as little as 24 calories per 100ml

10 Cut out sugar in your tea: Five cups of sugary tea can add up to almost 500 empty calories, not to mention the biscuits you dunk alongside. Cut out the sweet habit completely do not substitute with sweeteners, since researchers now believe sweeteners could cause cravings for extra food.

11 Hold the cheese: Cheese is very high in calories so only use it sparingly as a topping. Think shavings of parmesan on a healthy salad rather than macaroni cheese.

12 Eat fruit, don’t drink it: A small 200ml glass of orange juice counts as one of your five daily fruit and vegetables, but it has 100 calories. A few glasses really adds up but won’t fill you. You’re better off eating the fruit.

13 Wine o’clock anyone? It’s the treat that takes the edge off a difficult day, but it does pile on the pounds, especially when you’re pouring home measures. Swap a 250ml glass for a 125ml serving with sparkling water in a spritzer and save almost 200 calories and two units of alcohol.

14 Stick to dark chocolate: If you need some chocolate (which is simply the case sometimes!) then stick to dark as most people need less of it to feel satisfied and it is only 60 calories for two squares compared with 265 calories for an average milk chocolate bar. Hot chocolate is no better either. A large serving topped off with cream could come in at an eye-watering 500 calories.

15 Watch your smoothies: Be careful with shop-bought smoothies which can contain around 300 calories per serving. Use them as a meal, not a drink. Even better, make your own with skimmed milk, berries and half a banana to halve the calories.

16 Eat eggs in the morning: A hormone is triggered by eggs that suppresses hunger cravings in the brain and you’ll eat less during the rest of the day.

17 Get your oats: Swap refined cereals in a box for a bag of porridge oats. Eating bulky and higher fibre foods increases the volume of food without adding calories, so you feel fuller for longer.

18 Don’t despair: You might be disheartened when the running or step machine tells you you’ve burnt 87 calories when you’ve been sweating for at least 15 minutes. After all, it doesn’t even add up to a skinny cappuccino. But you burn fat even after exercise because you use carbohydrate fuel during the exercise which takes time to replace.

19 Take the stairs, not the lift: If you take the stairs, or get off the bus one stop early and are generally more active without actually working out, you could burn around an extra 250 calories a day. If you don’t eat more to compensate for the extra movement, you could lose at least a stone in 12 months with this alone.

20 Eat more meals: Eat five mini-meals rather than three larger meals a day – and never skip meals. If you go too long without food your body will try to conserve more fat from what you eat.

21 Watch the coffee: Black coffee contains only about 10 calories but a milky coffee can contain anything from 100 calories for a small cappuccino to 350 calories plus for “grande” with all the trimmings. Don’t be afraid to ask for half the milk – spell it out: “Don’t fill up the cup.” I do it all the time and the best Baristas get it right first time!

22 Eat slowly: When you eat, eat slowly and chew thoroughly – it can take up to 20 minutes for the brain to register that your stomach is full. So, put simply, eating more slowly can make you feel fuller with less food. Chewing well also helps to prevent digestive complaints so you’ll beat the bloat too.

23 Sleep more: If you are tired you are far more likely to prop up energy levels with sugary snacks.

24 Know your onions: An onion a day boosts the function of your liver – which is your main fat-burning organ.

25 Don’t be tempted: Polishing off the food on kids’ plates is a fasttrack to weight gain. Have a large bottle of washing liquid handy to squeeze over the plates when you clear up so you won’t be tempted!

The Argus Report does not necessarily share the views of this article.

Can Pesticides Designed to Kill Fleas and Ticks Kill Your Dogs?

Why You Should Drink Coffee Before Exercise