Home > Sport > Cricket > AB de Villiers Saving Himself for the Cricket World Cup – or What? 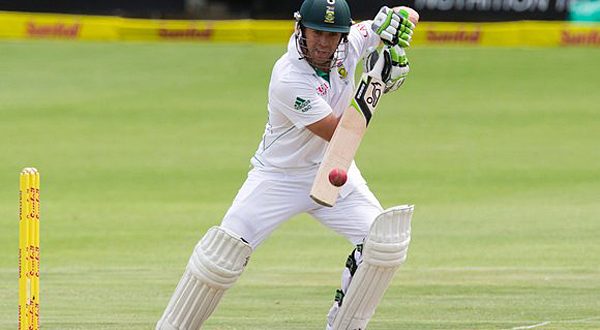 AB de Villiers Saving Himself for the Cricket World Cup – or What?

There seems to be more to the AB de Villiers unavailability story for test cricket for most of 2017 than meets the eye. And there are so many twists and turns it’s difficult to pinpoint the truth.

After playing 98 test cricket matches in a row, has the money eventually got to him? Or is it the South African quota system that has affected him? Or does his decision relate to captaincy issues? Are there family reasons, or has it got something to do with his recent elbow injury?

Or is he simply cherry picking?

Whatever the reason for AB de Villiers’ decision to bail out of the test series to be played in New Zealand in March, fingers are pointing in every direction, and it doesn’t look good.

Mid-January de Villiers announced that he would not be available for selection for the upcoming New Zealand test series, but wasn’t retiring from test cricket. Instead, he would concentrate on preparing himself for the 2019 World Cup because he wants the Proteas to win. In the meantime, he would though be available for the one-day international test series (ODIs).

De Villiers, who had surgery to his elbow in October 2016, stepped down as South African team’s test caption in December 2016. His stated reason was because he wasn’t fit enough to play against Sri Lanka this month (January 2017).

In November, during the test series in Australia, he was caught on camera “polishing” the ball with peppermint-loaded saliva. He was found guilty of ball tampering and fined his match fee but is appealing the verdict.

Since 2008, de Villiers has played lucrative Indian Premier League (IPL) cricket every summer, and he has indicated publicly that he has no indication of stopping now.

It is sad that playing for your country is no longer a priority. Gone are those charming days when cricket always used to be about representing your country and test cricket being the finest game on earth. Now it seems to be all about money and players trying to secure their future.

The fact is that AB de Villiers is an established player who is seen as a role model by millions of youngsters and loved across the world. Yet now he is blatantly asserting that he will pick and choose which test match cricket he plays for South Africa and will continue to play in the lucrative annual IPL series.

Cricket South Africa (CSA) needs to make some difficult decisions as you cannot tell your bosses on which day you want to come to work. Ultimately, Mr. 360 is setting a bad example for the young players out there. It looks like a great talent has grown too big for his boots, and is more about what he wants to achieve than the team.

Sacrificing test cricket for a World Cup that is still two years away is disappointing, to say the least. On top of that, publicly saying that he wants to win the World Cup, will only raise expectations and create pressure; and everyone knows what happens when South Africa is under pressure.

A player’s abilities are truly tested in test cricket and players are considered to be “great” mainly based on their test cricket record. At 32, if de Villiers decides to retire (as it seems to many) he will go down as an exciting and talented player but not as a legend of the game. This is because he still has less than 10.000 test runs to his credit and needs at least 10.000 to be considered a truly great player.