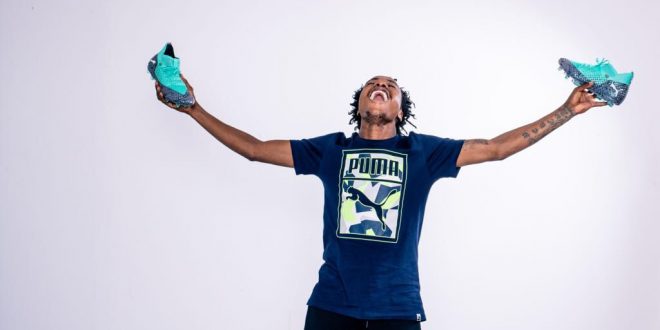 Tau signed a four-year deal with Brighton in the English Premier League but he will be loaned out for the 2018/19 season to gain European experience.

The Bafana Bafana international thought Sundowns was trying to block his move to Europe as the negotiations took longer than expected with the Pretoria-based team looking to ensure that their star player secures a contract in one of the best leagues in the world.

The English Premier League is rated as the best league in the world and currently there is no South African player in the league. With Brighton set to loan Tau out, Bafana legend, Steven Pienaar will remain the last South African to ply their trade in the Premier League.

This transfer window has not been kind to the Brazilians so far. They have now lost two of their best players in Khama Billiat to Kaizer Chiefs, and Tau. These two players led the Sundowns attack giving a lot of defenders’ sleepless nights. They have played a huge role in the success of Sundowns in the past two seasons.

“These transfers are forever destabilising me, every time I’m looking for players to replace and combinations. It takes my holidays away. I don’t have holidays now, I’m always looking. I didn’t go on holiday again,” said Mosimane.

The tactician also said that it was now time for someone to raise their hand. “Somebody must say I’m taking that position of Tau. We have players that can do that. It’s an opportunity for those who’ve been here.”

Witbank Spurs boss Themba Mafu, who discovered Percy Tau as a youngster, described him as fearless. He said the 24-year-old was not scared of playing with big boys and he was taking them on. He started off as a left winger. He could just dribble everybody.

The Witbank-born striker is still very much part of his former team Witbank Spurs as during off-season he would practice with the side. Two weeks ago, he bought Mafu’s team 20 soccer balls as a sign of appreciation

Mafu said Percy Tau “is very well behaved and he always listens to his mom and never questions her. That’s one thing I can say about him.”

Previous: South African Roots Still Run Deep in Federer and Anderson
Next: Why You Should Drink Coffee Before Exercise