Call to Bring Embodied Carbon Upfront and Save the Planet 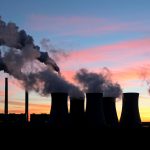 By PENNY SWIFT On September 23, 2019, the same day that Donald Trump made an unexpected appearance at the opening of the U.N. climate summit in New York, the World Green Building Council (GBC) has released a lengthy report on the “climate emergency” the world is facing. Titled Bringing embodied carbon upfront: Coordinated action for the building and construction sector ... END_OF_DOCUMENT_TOKEN_TO_BE_REPLACED