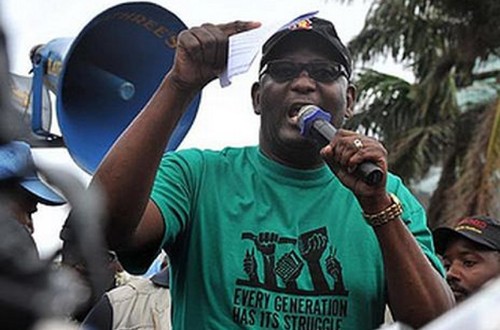 If that well-worn cliché about never wasting a crisis applies to anything, it is the labour movement today. Contrary to some current rhetoric, the movement does not need to return to what it was: it needs to become something different.

Deepening tensions in Cosatu, which saw the departure of the National Union of Metalworkers (Numsa) and now general secretary Zwelinzima Vavi, have inevitably conjured up nostalgia for its past. As the Cosatu central executive abandons internal democracy, principle and strategy in an attempt to expel opponents, union sympathisers long for a return to what the movement was before Cosatu’s current leadership staged something like an internal coup.

This is understandable, given the stark contrast between what Cosatu is now and what the labour movement once was. Those who currently run it have excluded their worker members from decisions; they are driven not by a vision of what workers need but by a desire to protect turf; they offer no strategy for advancing worker interests – simply a demand for loyalty. This invites comparisons with the past of a movement which, whatever its flaws, practiced internal democracy far more faithfully than its alliance partners and did seek to act in workers’ interests.

But what is understandable is not always what is real.

About the Labour Movement in South Africa

While the labour movement has a proud past, returning to what it has been for the past decade will not take working people forward. Nor will returning to some aspects of what it was in its strongest periods. Its current crisis is not some aberration caused because individuals put their own interests ahead of that of those they represent: it is a symptom of a malaise which started at least a decade ago in the run-up to the ANC’s Polokwane conference.

First, union leadership decided then that support for an ANC presidential candidate was a better source of influence than building the organised strength of workers. Eventually, when it became clear to some in Cosatu that the Zuma government was no more inclined to change its approach than the Mbeki administration had been, they tried to return to tested strategies by mobilising workers and demanding independence from the ANC.

Both were necessary strategies, but neither did much to restore labour’s influence. The mobilisation seemed more about trying to show strength than principle – the campaign against e-tolls championed the cause of the retail motor industry and suburban car owners rather than the poor. The independence never seemed to move beyond eye-catching media statements to sustained campaigns. Unionists, for example, had much to say about corruption but never seemed interested in organising a sustained campaign against it despite evidence that the issue has huge resonance among workers and poor people.

What was missing was what had built and sustained the movement in its growth period – an ability to frame bargaining goals and effectively mobilise workers behind them.

But, even if the movement could return to its older ways, it is doubtful that what worked well under apartheid, and just after, would achieve much in current conditions.

Challenges for the Labour Movement

Two challenges seem crucial if unions are to champion change. The first is that a campaign for social justice is sure to fail if it is run by and for union members alone. The continuing trend towards dispersed, casual and informal work means that, while many poor people may depend on employed workers’ pay, most are not in the union movement; a workable strategy would require unions to link with people and organisations beyond the formal workplace.

This is what the Numsa-initiated United Front hopes to do. But whether it can achieve this is questionable: contrary to some mythology, unions are not experienced in mobilising people who are not in formal jobs.

What about Cosatu’s proud history of linking up with the fight for political freedom in the 1990s (or Nactu’s role in linking to the Africanist and Black consciousness movements)? As important as this was, it did not require unions to organise the unemployed to fight for economic change – it needed them only to mobilise workers to support a fight which almost all of black South Africa was inclined to support.

There is a big difference between this and mobilising the unemployed and workers behind a common goal now. Support for the anti-apartheid struggle excepted, unions have a weak record of moving away from the workplace to campaign for change: for over two decades, talk of campaigns on social issues never moved beyond rhetoric because the demands of immediate workplace issues took precedence. If unions are to become a force for change, they will have to become much better at escaping their familiar confines.

Second, negotiated economic change is the only way in which unions can escape the pressures which beset them. Whether the problem is careerism and corruption, the ‘social distance’ between leaders and members or reconciling what members want with what the power balance allows, unions are victims of the reality that the economy still includes only a relative few. Given the balance of power in the society, the only way unions could change this is by developing an effective strategy to push business to the bargaining table and then to negotiate change. They have never developed this strategy – this applies to those who champion traditional union values as well as those who seem to want to subvert them.

That they have no such strategy is also a symptom of past patterns. Even in their militant heyday, unions have been good at reactive bargaining – wringing from business the best workers can get out of current arrangements – not at developing an agenda for change which can be negotiated with business and a strategy to get the most out of that bargaining. Until they change this, they will continue to fight with business over how to share out what the included have, not about how best to include the excluded.

That the labour movement needs to reject the narrow power politics of the majority on Cosatu’s central executive is obvious. But, even if that succeeds, much more change is needed before unions can again become the voice of the excluded.

Steven Friedman is the Director of the Centre for the Study of Democracy at Rhodes University and the University of Johannesburg. He is a political scientist who has specialized in the study of democracy. During the 1980s, he produced a series of studies of reform apartheid and its implications for a democratic future. He researched and wrote widely on the South African transition to democracy both before and after the elections of 1994 and has, over the past decade, largely written on the relationship between democracy on the one hand, social inequality and economic growth on the other. In particular, he has stressed the role of citizen voice in strengthening democracy and promoting equality.
Previous: More Lip Service on Land Reform in South Africa
Next: How Can We Eat Well Affordably?