Janek is a talented professional photographer and designer who has had more than 40 printed books published, and has contributed to many more. Born in the United Kingdom, he has lived in South Africa for most of his life, and has a wealth of experience that spans a wide range of different media types and styles. He quit a successful career in the pharmaceutical industry to follow his heart, working first for daily newspapers (including the world-renowned Rand Daily Mail), and then on magazines, photographing everything from wildlife to near-naked pin-up centre-spreads. Self employed since the 1980s, he launched South Africa’s first give away advertising-powered publication, Cape Home Care, which had a circulation of 100,000 copies and was distributed free in the Cape Town metropolitan area. Into the 21st century, Janek’s focus has changed, and today he builds websites, including several of his own and is co-owner of The Argus Report. 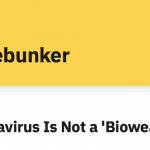 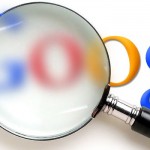 Is Google Trying to  Kill the “News Scoop” with it’s new Algorithm? By JANEK SZYMANOWSKI An email dropped into my inbox this Friday with a report that Google intends to introduce a new algorithm. This will, it says, be part of Google’s on-going algorithm development to make the Internet more user-friendly and relevant. I subscribe to notifications from SiteProNews, a ... END_OF_DOCUMENT_TOKEN_TO_BE_REPLACED