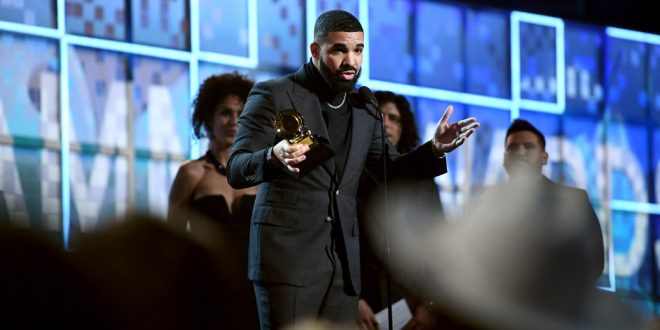 Can the Grammys Be Trusted?

When Deborah Dugan took her post as the chief executive of the Recording Academy, which oversees the Grammy Awards, in August, she inherited an organization in meltdown and was tasked with getting it back on track.

The problems were myriad. The Grammys, which have long skewed old, white and male, feel only tangentially in touch with contemporary pop music. Big-name stars have been distancing themselves from the event. Its record on diversity, both behind the scenes and at the winners podium, has been dismal. When faced with questions about the Grammys’ gender imbalance, Dugan’s predecessor, Neil Portnow, said that women needed to “step up.”

In just a few months on the job, Dugan spotted trouble: voting irregularities in the nominating process; improbably hefty payments to lawyers; conflicts of interest among board members; a scheduled board vote to approve a sizable bonus for Portnow, despite the fact that he had been accused of rape by a musician, and the allegation had not been disclosed to all board members. (In a statement, Portnow said “the allegations of rape are ludicrous, and untrue.”) Behind the scenes of what is described as “music’s biggest night,” Dugan found malfeasance and rot.

The catch: The Recording Academy didn’t want to change. On Jan. 16, 10 days before this year’s Grammy Awards, Dugan was placed on leave after being accused of bullying by an administrative assistant, and removed from the academy’s Los Angeles offices. Perhaps not coincidentally, Dugan had filed a memo last month detailing her concerns that “something was seriously amiss at the Academy.” After her ouster, she doubled down in a discrimination complaint filed with the Equal Employment Opportunity Commission.

Now, on the eve of the 62nd annual Grammy Awards on Sunday, the legitimacy of the organization that hands out the trophies is in full-fledged crisis. Given Dugan’s allegations of behind-the-scenes misbehavior, it has to be asked: Can the Grammys be trusted?

Or perhaps: Have they ever been trustworthy? The question long predates the current scandal, and what Dugan unearthed seems only to confirm longstanding critiques of the awards show. The Grammys’ claim to authority has been brittle for some time, in large part because it has failed to keep up with the ways pop is evolving. During the 2010s, an era in which hip-hop and its influence have been not just ascendant but dominant, only one nonwhite artist, Bruno Mars, won the Grammy for album of the year; the results in the song and record of the year categories are only slightly better. The academy’s resistance feels willful and hopelessly prejudiced.

Superstars of this generation are taking notice, and taking umbrage. In 2016, Frank Ocean declined to submit his album “Blonde” for Grammy consideration, telling The New York Times that the Grammy process “doesn’t seem to be representing very well for people who come from where I come from, and hold down what I hold down.” Last year, Drake diminished the importance of winning awards during his acceptance speech for best rap song, and in 2017, expressed bafflement at winning that same prize for “Hotline Bling,” which was, he pointed out, “not a rap song.” Kanye West — who has won 21 Grammys, but never in a major category — has long made the Grammys a target of his ire.

The issues with the Grammys extend to the televised show as well. In 2018, Lorde was the only woman nominated for album of the year, and was not offered a solo performance slot. Last year, Ariana Grande publicly clashed with Ken Ehrlich, the show’s longtime executive producer, about why she chose not to perform. (This year will be Ehrlich’s last at the helm after a 40-year run; Grande is scheduled to perform.)

So: several of the most inventive, meaningful and popular musicians of the decade, all expressing dismay with the Grammys. These aren’t mere celebrity quibbles; this is a flaming cross-generational blind spot. Broadly speaking, nonwhite artists, female artists, and artists who come from the worlds of hip-hop and R&B are consistently marginalized, honored in genre categories but shut out in the four major categories (album, song and record of the year, and best new artist). Add it all up, and you get impending irrelevance.

This is bolstered by the peculiar Grammy microphenomenon in which little-heralded artists get nominated in the biggest categories, but typically for music that harks back to the past rather than blazes a path to tomorrow. It can feel that the only way for a newish artist to truly break through is to look backward. (The nominations this year point to a kind of progress: Lizzo, Billie Eilish and Lil Nas X lead the way in the major categories.)

And yet the Grammys remain the most meaningful and respected of the music-industry awards shows, though admittedly there is not much competition. The American Music Awards are based on fan votes, the Billboard Music Awards are doled out based on sales, and the MTV Video Music Awards celebrate artists who still believe MTV is a relevant music medium. (Around 20 million people watch the Grammys ceremony on television, though the last two have had the lowest viewership ever in the coveted 18-49 demographic.)

From the outside looking in, the Grammys are understood to be a meritocracy, the night on which the industry honors its leading lights and passes the torch to deserving newcomers. But the truth has always been more complicated, and more unseemly.

Grammy nominations are shaped by a number of committees — for the major categories, and some genre-specific ones — whose composition remains secret. They effectively have override power, and can cherry-pick nominees. It is, in essence, a cabal, Dugan alleges — a system that can be scammed by people with the right connections. (The Grammys deny this.)

The Recording Academy only recently made an aggressive push to invite younger artists to become Grammy voters. That was part of a broader initiative undertaken in the wake of the Portnow “step up” kerfuffle, when the organization hired Tina Tchen of Time’s Up to lead a diversity and inclusion task force. Its final report, released last month, was harsh in its assessment of the academy’s historical lack of commitment to diversity.

Grammy voters skew older, male and white, unlike the musicians pushing pop into the future. Honoring the music of the now via the judgment of the creators of yesteryear is a disaster in waiting, an almost certain guarantee of misrepresentation. Several years of this have built up a climate of mistrust that it’s unclear the enterprise can recover from.

Dugan’s appointment was supposed to disinfect the Grammys, but her removal only reveals how ambitious that task remains. Yet since the statements in her complaint were made public on Tuesday, there has been curiously little outcry from musicians, either because of a lack of genuine interest or concern, or something less obvious. Behind the scenes, artists share labels, publicists, lawyers. Everyone knows someone who benefits from the system as it currently operates, and perhaps believes that if they just keep quiet, they too may someday be on the right side of the swindle.

Or perhaps it is already accepted that the Grammys are more interested in protecting the interests and reputations of its elder members than promoting the innovations of younger generations. The current revelations merely confirm what has long been suspected, or implicitly understood.

Besides, corruption in the music business doesn’t begin and end with the Grammys. The #MeToo movement that swept Hollywood has gained little momentum in pop music. Everything is a little bit fishy — some artists release merchandise bundles with their music to juice sales numbers; others beg fans to stream their music to get good chart placements. Younger artists arrive into a system that’s already rigged against them. And those in power don’t know how to cede it.

If the Grammys don’t rapidly absorb change, its claim to be the standard-bearer music awards platform will be rendered null. Forward-looking musicians will seek out new platforms that are more in touch, leaving the Grammys with scraps, eroding their authority and their allure. Before long, perhaps no one will crave a Grammy at all.