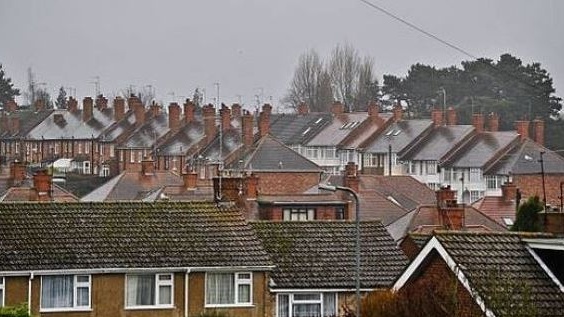 Coronavirus is putting rent-a-room tenants in the homes of landlords at risk of eviction as landlords seek to protect themselves from the pandemic.

Housing charity Threshold says it has received “dozens of calls” from people in rent-a-room scenarios who have been told to leave their homes because they have returned to Ireland from affected areas, even though they are not showing any symptoms.

The charity says it is “particularly worried” about these vulnerable tenants who may not have a lease. It has already received many concerned calls from people whose landlord has directed them to move out with little notice.

Emergency legislation to impose a three-month rent freeze and a ban on evictions will be tabled on the floor of the Dáil on Thursday, where it is expected to receive all-party support.

Sinn Féin’s housing spokesperson Eoin O’Broin said he welcomed the new measures, but would be asking Minister Murphy to consider an amendment to the legislation if the new measures did not protect people in more casual, rent-a-room arrangements.

“People in rent-a-room arrangements or lodgers also need these protections over the next three months. Very often they’re the people at the bottom end of the rental market, on the lowest income and who are the most vulnerable,” Mr O Broin said.

“It would be absolutely scandalous if all the other categories of renters are protected and they’re not.”

Speaking on the condition of anonymity, a Taiwanese tenant living in Dublin said her landlord would not allow her back into her room after she arrived home from Venice at the end of February.

She said her landlord, who lived with her family as well as several others in the house, insisted she self-isolate somewhere else for two weeks on her return.

“It was ridiculous. I had no symptoms, I was fine, but now I had no place to live,” the tenant told The Irish Times.

When she pleaded with her landlord to allow her back into her room, she refused, saying: “We don’t have a contract so what can you do to me?’”

After spending three nights in a hostel, the tenant found another apartment in the city centre where she is now living with seven other people.

However, after just two weeks of living here, this landlord has also told her she needs to leave because someone in the building next door has coronavirus.

“I’m going to be homeless again. I don’t know what to do. I never know what is coming next or what I can do to help,” she said.

Another tenant who is a student at NUI Galway and had to leave his home because of the coronavirus crisis says it is very hard to find another place to live at the moment.

He says his landlord had to ask for the house back when the crisis hit so a member of their family could attend hospital in Galway.

This tenantsaid finding another place to live has proved very difficult, with many social media posts urging people not to rent out their rooms to people from other countries for fear they may be carrying the virus.

He said that although there are short-term rentals available since students have left the city, finding a long-term lease at a reasonable price was almost impossible.

He has viewed a number of single rooms in the Rahoon area, for which landlords were asking for €750 a month in rent.

“People are capitalising on the situation, they know people are really desperate for houses so they are willing to shell out whatever it is just to find a place to sleep.”

Both Threshold and the RTB urged people who find themselves in this situation to contact them through their online webchat services or over the phone, details of which can be found at onestopshop.rtb.ie and Threshold.ie.

Previous Subscriber Only: Kathy Sheridan on Covid-19: No time to stigmatise elderly
Next Courtroom drama thin on the ground amid Covid-19 anguish