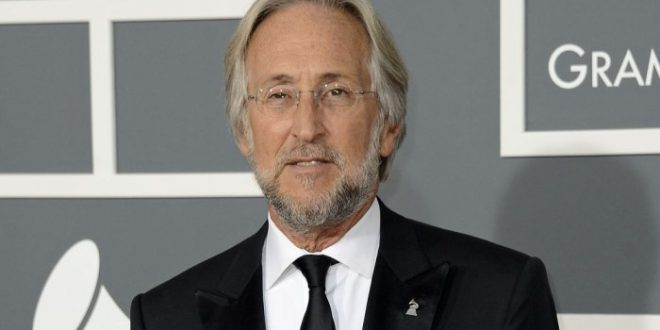 The most explosive of many allegations in ousted Recording Academy Deborah Dugan’s complaint against the organization Tuesday was a claim that her predecessor, Neil Portnow, had been accused of raping a “foreign” singer who was a member of the Academy, and that Academy executives were aware of it at the time of Dugan’s hiring.

On Wednesday morning, Portnow responded to the allegations with the following statement:

“This document is filled with inaccurate, false and outrageous and terribly hurtful claims against me,” he wrote.  “Here is what is true:

“The allegations of rape are ludicrous, and untrue. The suggestion that there was is disseminating a lie. The baseless complaint about my conduct referenced in the EEOC filing was immediately brought to the attention of the Board of Director’s Executive Committee.  An in-depth independent investigation by experienced and highly regarded lawyers was conducted and I was completely exonerated. There was no basis for the allegations and once again I deny them unequivocally.”

In that statement, he acknowledges the existence of the claim and the investigation of it, which had not previously been publicly stated.

He also denied that he had demanded a $750,000 consulting job with the Academy after stepped down from his post last summer (and was succeeded by Dugan), although the complaint does not state that he was the one who requested it.

“I fulfilled the terms and responsibilities of my contract during my 17 years as President and ultimately Chief Executive Officer.  Consistent with my pledge to ensure that there would be the appropriate amount of time for the Academy to organize and execute an efficient and transparent transition, I determined far in advance of the GRAMMY telecast in 2018 that I would not seek a further extension of my contract scheduled to end July 31, 2019.  I informed the then Board Chair and Executive Committee of my decision. At no time did I ever demand a $750,000 consulting fee.”

Portnow also referenced his awkward 2018 comment to a Variety reporter after the 2018 Grammys that female artists and executives needed to “step up” in order to advance in the industry, and the subsequent formation of a Task Force for diversity at the Academy.

“After making the ‘step up’ comment during the 2018 telecast, for which I have apologized and deeply regret the offense caused, and understanding the power of listening and lessons learned, I took action.  I proposed, and the Academy created an independent Task Force to review the state of diversity & inclusion across the organization.  After presenting the Task Force plan and proposed study of the organization to the board, the group was created to implement change. Task Force Chair Tina Tchen made a presentation to the full Board during a May 2019 meeting.

“The repetition of these falsehoods against me, and others referenced within the EEOC filing are a diversionary tactic and will not convert them to truth.  I will vigorously defend all false claims made against me in this document.

“I would like to wish all the 2020 nominees and those in our creative community well and sincerely hope that they will celebrate their art and accomplishments this weekend at the GRAMMY Awards telecast and during the many GRAMMY Week events ahead.”

Previous Wuhan: The London-sized city where the virus began
Next MAX delay not due to new technical issues, Boeing exec says