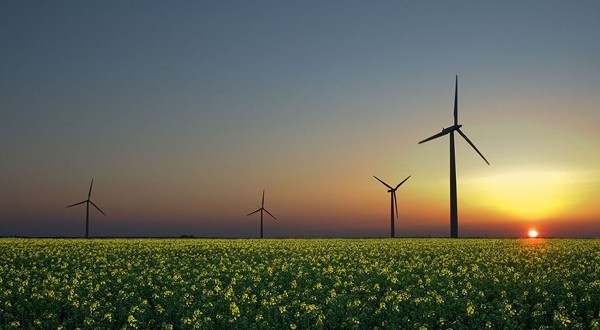 Green energy could be something of a magic bullet for social and economic justice because it will inevitably erode elites’ grubby hold on energy resources such as coal, oil and gas in much of Africa. Small-scale and affordable green energy solutions democratise access to energy because instead of having to broker a deal with an often vested elite, families and small businesses can buy and install their own “off-the-shelf” solutions without permission needed from anyone.

Off-grid solutions raise the prospects of reliable and affordable electricity to far-flung rural communities where it is simply too expensive to provide access. Further, the negative impact of climate change that is mitigated by green energy solutions, is worst for the poor especially in countries like Bangladesh where every day thousands more people find their homes and fields under water. The implications for the poor and for global politics are vast.

Russia’s hand in Crimea would surely be weaker were it not for Ukraine’s reliance on Russian gas. ISIS would be a shadow of itself without the income it draws from plundered Iraqi oil and gas. Without the possibility of capturing other countries’ reserves, even Western democratic powers would clearly have fewer incentives for their often ill-conceived incursions and interference in the Persian Gulf, South America and other parts of the world.

Furthermore, green energy is now finally affordable and promises to become even more so, as more efficient technologies and economies of scale make their way into manufacturing. Whereas only a few years ago, policy makers recognised the need for expensive subsidies, energy efficient technologies such as LED and efficient light bulbs, electric scooters and solar water heaters now largely pay for themselves from lower energy costs. LED lights, for example, can pay for themselves within a year; solar water heaters within three; and even the costs of household photo-voltaic panels can be recovered within eight years.

For Africa, green energy promises to democratise access and could dramatically empower households, farmers and small businesses all of whom are currently at the mercy of often monopolistic and opaque power companies. For social justice advocates, green energy will eventually undermine the ill-gotten gains of certain elites that have managed to capture national energy resources. And for Africa’s poorest, green energy and related climate change initiatives might very well improve their quality of life through softening the impact of climate change on livelihoods.

At the same time, however, the move to green energy and investing in mitigating climate change also transfers a measurable advantage to developed economies because of the cost of capital. Whilst the cost of procuring solar panels or wind turbines directly from manufacturers differs little globally, the real cost to the end user is strongly country specific because it is all about the cost of borrowing and interest rates. A well-established factory in South Africa might borrow at ten percent a year to finance solar panels and in doing so, will effectively pay three times as much as an equivalent factory in Germany or the United States that borrows at three percent.

A similar differential applies for consumers too because American households can currently borrow at less than three percent through their household mortgages while Africans cannot. Going further North into Africa the cost of borrowing only gets more expensive increasing to six or seven times what developed economies pay.

Furthermore, once the cost of installing renewable energy infrastructure is paid off, the competitive advantage only increases because there is a potentially free supply of energy. Simply because of the cost of capital, the transition to a green energy economy will provide a possibly insurmountable competitive advantage to developed economies especially when it comes to energy intensive economic activities. It remains to be seen how this plays out, but the green energy economy could very well become a headwind to industrialisation and economic development by putting the cost of doing business in Africa higher still.

At the same time, another worrying dynamic is playing out in that developed economies are not only transferring more of their poverty alleviation funds to climate change expenditure, but also doing so in those countries that least need it.

The Paris based think tank, the Organisation for Economic Cooperation and Development (OECD) reported late last year that donor spending on climate change rose four fold since 2007 to over R400 billion in 2013. The vast majority of this climate change money is spent on mitigation rather than adaptation thus not being directed at helping poor people adapt to climate change. Donors are now spending more than a quarter of what they commit to poverty alleviation on climate change and this money is coming out of funds that would otherwise go on health or education.

Furthermore, R160 billion of the R400 billion spent in 2013 is being spent in Asian countries like India and China. Even when these funds make it to Africa they steer clear of the poorest countries and are spent rather in the richer economies of South Africa and Kenya. Worse still the OECD’s analysis of donor forward spending plans predicts that less poverty alleviation money will make its way to Africa post 2015 and more to comparatively rich countries like India. If unchecked, climate change will only contribute to the perverse imbalances in global spend on poverty alleviation. Currently donors spend R2,300 per capita on poverty alleviation in luxury tourist meccas like the Cook Islands and only R450 per capita in Africa. With climate financing as a cover these imbalances may very well continue.

The diversion of poverty alleviation monies to climate change has not gone unnoticed. However, whilst this capture of poverty funds for climate change should be treated with outrage, it is not because advocates choose to rather focus on the fact that developed countries are not spending anywhere nearly enough as it is. This means that environmentalists find themselves in the uncomfortable position of both complaining about the lack of climate financing and also complaining that when it does come, it comes from the wrong source.

The problem is that much of the global community is still thinking about climate change as something to be campaigned for and not enough about something to be monitored and critiqued. Accordingly, environmental and social justice advocates are reluctant to criticise spending on climate change whilst still calling for more money to it. This needs to change.

The global South needs to start monitoring and critiquing how global spending on climate change contributes to or undermines poverty alleviation and as importantly, adds to or undermines African competitiveness.

The move to a globalised green economy should not be allowed to put Africans at a disadvantage.

Alexander O'Riordan has worked on aid and development effectiveness for the EU, UN and various governments in over twenty countries. He has recently moved to Cape Town to complete his doctoral studies on the political economy of donor allocations of funding. He writes regularly for The South African Civil Society Information Service.
Previous What Types of Apple Smart Watch Games can you Expect
Next The Validity of CFS Research Findings Under Fire