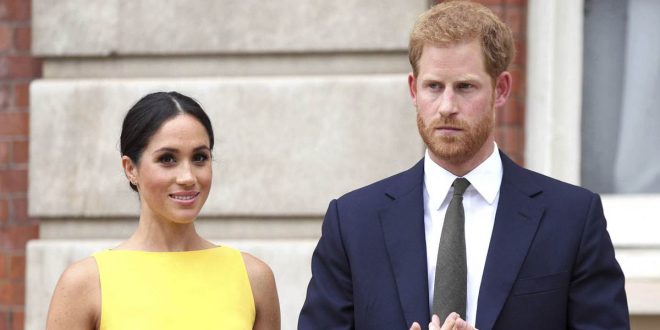 LONDON — Prince Harry’s plans for a “peaceful life” are getting off to a rocky start as he joined his wife, Meghan, and son, Archie, in Canada after coming to an agreement with the royal family to step back from his royal role.

A day after Harry landed in Vancouver Island, lawyers acting on the couple’s behalf sent a letter to British news outlets warning them that “action will be taken” if they purchase and/or publish any photographs taken by photographers trailing them under circumstances the letter describes as “harassment.”

The letter said that paparazzi have permanently camped outside the couple’s home and attempted to photograph them at home using long-range lenses.

“There are serious safety concerns about how the paparazzi are driving and the risk to life they pose,” the letter read.

Harry’s mother, Princess Diana, died in a 1997 car accident while trying to escape paparazzi in Paris.

Photos of Meghan walking with her two dogs and carrying Archie in a sling were published in outlets such as the front page of The Sun newspaper on Tuesday and aired on the “TODAY” show. News websites also carried photos of Harry landing in Canada after leaving the U.K. on Monday.

The letter from the law firm Schillings said that a photographer took the shots of Meghan on Monday after hiding in the bushes and spying on her. Despite her smile in the photos, the letter stated that she did not agree to have her photo taken.

The prince, a grandson of Queen Elizabeth II, has struck out against media attention since the beginning of his relationship with Meghan Markle. In November 2016, he put out a statement saying that “a line had been crossed” and that she had been subject to a wave of abuse and harassment.

Then, in October last year, the couple revealed a lawsuit against the Mail on Sunday, a major U.K. tabloid, for misuse of private information, among other claims. At the time, Harry released a scathing statement accusing the tabloid press of a “ruthless campaign” against his wife.

“I’ve seen what happens when someone I love is commoditized to the point that they are no longer treated or seen as a real person. I lost my mother and now I watch my wife falling victim to the same powerful forces,” he wrote.

The paper and its parent company, Associated Newspapers, are contesting the claims and said that there is a “huge and legitimate” public interest in the “personal relationships” of members of the royal family.

Weeks after filing that lawsuit, the couple decided to take a six-week break from their royal duties. On their return to the U.K., they made the bombshell announcement that they planned to step back from their royal role.

Rachel Elbaum is a London-based editor, producer and writer.