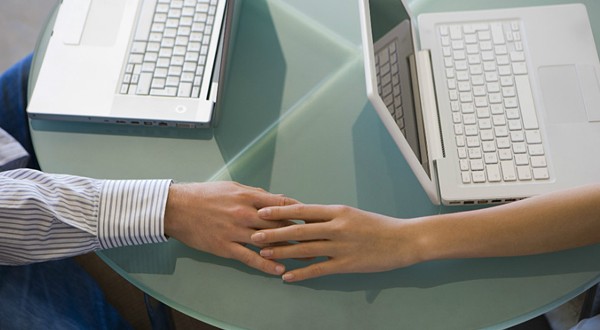 How Race Determines Chance of Success at Online Dating

Last month Christian Rudder, co-founder of OkCupid, an online dating website, released statistical data collected over a five-year period about how people who subscribe to the website “weigh race in deciding attraction.” The data doesn’t reveal any new insights into the issue, which people of colour are not already aware of. For instance, according to OkCupid, “racial bias has intensified a bit” with respect to how people choose romantic partners.

Basically OkCupid’s data shows that the website’s subscribers prefer to date whites. According to Rudder, the data reveals that if one adds whiteness to their online profile, it gets people interested. “In fact it goes a long way towards undoing any bias against you.” Additionally, OkCupid’s data shows that the people who get “short shrift” are black women, black men and Asian men.

Rudder points out that all the data he has seen from other online dating websites, like DateHookup, fits OkCupid’s pattern in terms of how people looking for romance weigh race in deciding sexual attraction. According to Rudder, although a person cannot control who they find sexually attractive, the “fact that race is a sexual factor for so many individuals, and in such a consistent way, says something about race’s role,” in society.

But what is missing in OkCupid’s data is a sociological analysis of how the sexual socialisation of men and women occurs in modern societies. Although modern societies are, to a certain degree, open to different forms of sexual expression, in the main however, individuals are sexually socialised to be heterosexual. Sociological scholarship calls this process heteronormativity.

Modern societies rely heavily on the mass media to normalise this process. For instance, reality TV shows like The Bachelor celebrate heteronormativity, while simultaneously putting whiteness on a social pedestal. I find it interesting the way in which The Bachelor mirrors the findings of the OkCupid study. Like the dating sites mentioned above, The Bachelor is a TV series in which only white people find romantic partners. Rigorous academic research shows that inThe Bachelor, “whiteness is an implicit prerequisite for finding a mate.” The so-called “bachelor” is invariably a white man and while women of colour appear on the show, they do not thrive.

Historically, interracial romance has been framed as a transgressive sexual act through anti-miscegenation laws. Research has shown that, amongst other things, the power of white masculinity lies in its ability to restrict sexual partners available to white women and people of colour. The history of lynchings in the United States demonstrates this point, while South Africa had the Immorality Act.

In her PhD thesis about the social construction of white womanhood in New Zealand, Helen Gibson reports that white women participants shared with her, a number of accounts of how they learned what their families expected of them as “respectable” and “proper” white women. Being a good white girl was often bound to matters of racial loyalty, “which holds them responsible to draw and maintain boundaries around whiteness.” Gibson points out that the crucial method of preserving these social boundaries was a prohibition against romantic attachments or permanent relationships with men of colour.

Hence, feminists argue that white women’s entitlement to respectability and femininity is contingent upon marrying a white man. Implicit in that logic is that men of colour have no entitlement to hegemonic masculinity, which white men embody.

It should be pointed out though that different people of colour are racially stereotyped differently. For example, apartheid South Africa viewed Indians differently to Coloureds, and the Japanese were given an “honorary white” status.

Sexual and gender hierarchies are very much raced too. For instance, OkCupid’s data shows that like black people, Asian men get short shrift. This is partly because Asian men are emasculated through Oriental discursive practices, while Asian women are largely viewed via the stereotype of Geisha girls – submissive.

Black women are often portrayed as sexual deviants. Black men, on the other hand, are stereotyped as being more body than mind and therefore assigned the position of hyper-masculine. What underpins the black male stereotype is the thinking that black men are prone to violence and essentially promiscuous misogynists.

These stereotypes are obviously not static. They vary depending on context. The point I want to make though is that modern societies draw, to varying degrees, on these racial stereotypes to sexually socialise the young who are now applying these associations to online dating.

The fact that some societies regard racial intermarriage as human progress partly reveals how racialised the sexual socialisation process still is in modern societies. Similarly, seeing racial intermarriage as some sort of social accomplishment can be viewed as tacit acknowledgement of how race influences our thinking about who we find sexually attractive. Sadly, white aesthetic values are not an insignificant holdover from the colonial past. They continue to symbolise a web of social beliefs that still hold powerful currency in terms of how people relate to each other.

Mandisi Majavu, a PhD candidate at the University of Auckland, New Zealand, is the book review editor of Interface: A Journal For and About Social Movements. He is the co-editor of 'Visual Century: South African Art in Context Vol 4: 1990 - 2007' (Wits Press, 2011). Some of his work has appeared in the anthologies: 'Real Utopia: Participatory society for the 21st Century' (Ak Press, 2008) and 'Beyond Borders: Thinking critically about global studies (Worth Publishers, 2006).
Previous Newly Qualified Black Teachers Struggle to Find Jobs Despite Overcrowding in South Africa’s Classrooms
Next In Search of a Meaningful Agenda for Human Rights Day in South Africa