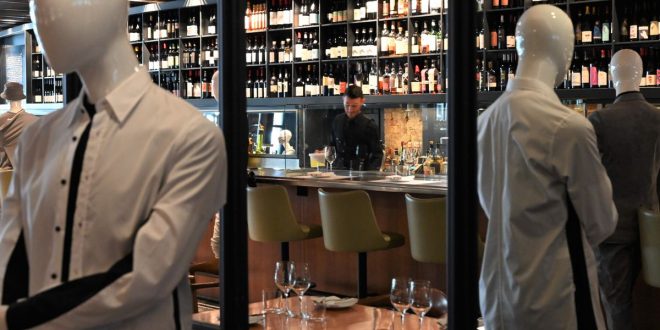 Gatherings with alcohol, primarily among young people, are emerging as a significant source of COVID-19 outbreaks, including in Montreal where officials are investigating a cluster of cases emanating from bars.

Hundreds of people waited for hours outside a testing centre on Tuesday after health officials urged anyone who visited a bar in the city since July 1 to get tested for the coronavirus. More than 30 cases were linked to bars there.

“We’re letting our guard down,” said Leighanne Parkes, infectious-disease specialist and medical microbiologist at Montreal’s Jewish General Hospital. “If there’s anything that other provinces can learn and other countries can learn, it’s that [bars] are high-risk areas.”

Ontario plans to reopen indoor bars and dining in most parts of the province on Friday. But the rise of infections tied to bars, private parties and strip clubs in Canada and around the world is prompting infectious-disease experts to urge more caution around the reopening of indoor watering holes and on the relaxation of limits on indoor gatherings.

“People need to evaluate, I think, at a personal level, the risk and benefits of going to a bar and what they can do to mitigate that risk,” Dr. Njoo said.

Indoor bars and parties where alcohol is being served pose a major risk, experts say, as they typically involve poor ventilation, close proximity to others and impaired judgment, all of which can help facilitate virus transmission.

“It’s indoors. People can’t wear masks because you’re eating and drinking,” said Gerald Evans, chair of the infectious diseases division at Queen’s University. “The second that you do allow that increased transmission to occur, then you end up getting second waves.”

There have been many instances of COVID-19 outbreaks linked to bars, clubs and private gatherings in Canada in recent weeks. B.C. health officials say they have traced a cluster of new cases to two private parties that took place in Kelowna around Canada Day. Edmonton dealt with outbreaks at four restaurants in June that led to at least 40 cases of COVID-19. And “multiple” people contracted the virus after visiting a strip club in Vancouver last month.

Elsewhere, California’s governor once again shut down all indoor bars and restaurants as cases of the virus surge. Texas, another hard-hit state, has closed bars and reduced restaurants to 50-per-cent capacity. And in Australia, where the curve has been flat for months, officials are putting some parts of the country back into lockdown after a rise in cases, including clusters linked to indoor bars.

On Monday, Ontario Premier Doug Ford cited the advice of the province’s Chief Medical Officer of Health when he outlined the rationale for moving most of the province to the next stage of reopening. Ten regions of the province, including Toronto, most of the surrounding area, as well as areas including Hamilton, Niagara and Windsor, will remain in Stage 2 until more data can show that transmission rates are under control in those spots.

For areas moving to Stage 3, Mr. Ford said the province would limit the number of people allowed in bars and emphasize the need for physical distancing. Singing and dancing also won’t be allowed, as those activities can facilitate transmission.

“We have to eventually open these restaurants up and get people back on their feet,” Mr. Ford said during a news conference.

But Dr. Evans said pressing ahead could lead to big problems in the coming days and weeks. Allowing bars and, to a lesser extent, restaurants to let people congregate inside is a major risk, even in areas with few or no active cases of COVID-19, he said. “All you need is one person in that scenario to go on and infect a whole bunch of other people.”

He cited the example of a man in South Korea who visited several nightclubs after the country began to reopen in May. He later tested positive for COVID-19 and officials linked his case to more than 100 new infections.

Experiences in cities such as Montreal demonstrate that containing the spread of COVID-19 once bars open is a difficult feat. Earlier this week, Quebec Premier François Legault said the number of new cases is on the rise in the province, mainly owing to transmission in the community.

Dr. Parkes said once Quebec began reopening in June, it seemed to send the message that everything was returning to normal and allowed complacency to creep in.

“It was zero to 100 overnight,” she said. “When something is novel and unknown, there is a sense of fear and uncertainty. Now that we kind of know our enemy, there’s a little bit of apathy.”

While no part of Canada is seeing the kind of growth that places such as California, Texas or Florida are experiencing, those states demonstrate that as soon as you start to relax restrictions, you allow the virus to spread, Dr. Parkes said.