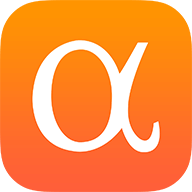 Boeing (BA -2.7%) shares continue their descent, extending 52-week lows after saying yesterday that it did not expect regulators to approve the 737 MAX’s return to service until the middle of the year.

“It was just our evaluation of the process, of progress and of the timeline,” Hulst said.

Jefferies analyst Sheila Kahyaoglu says Boeing may now need to increase its compensation package for customers by another $10B and revise its cost estimate related to MAX production by an additional $5.4B.

The company already has booked $9B in costs related to the grounding, including $5.6B as compensation for airline customers and $3.6B in charges to cover additional production costs.

Vertical Research analysts are expecting Boeing’s upcoming results to be “an absolute disaster, and that now looks guaranteed… We don’t see Boeing being in a position to increase cash returns to shareholders until 2022.”