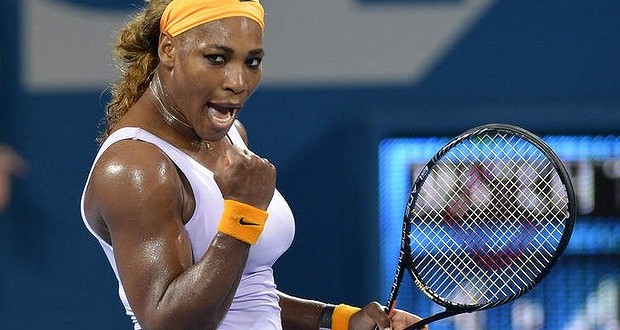 Early this month, Serena Williams wrote an article for TIME magazine announcing that she has decided to end her 14-year boycott of the Indian Wells tennis tournament. The last time she played at the tournament in 2001, she was subjected to racial abuse. She recounts the whole incident in chapter four of her autobiography, My life: Queen of the court. According to Serena, throughout the whole match she was booed. She said she heard some members of the crowd shouting, “Nigger!”

As has been well documented, what angered the crowd at Indian Wells was Venus Williams defaulting to Serena on the previous day after they advanced to the semi-finals where they were scheduled to meet. The white tennis world viewed Venus Williams’ decision not to play that day as match fixing and cheating.

In reality, Venus had tendinitis and had to withdraw from the match. Serena points out in her autobiography that her sister did everything by the Women’s Tennis Association tour book. Meaning, Venus alerted the tournament officials to her injury and “tried to pull out in a timely fashion”. But, according to Serena, the tournament director didn’t want Venus to withdraw, “the sponsors didn’t want it,” and the prevailing view was that a Williams sisters semi-finals match would be “good for the game.”

For hours Venus kept trying to convince tournament officials that she was in pain, while officials stalled and “kept putting her off”, explains Serena. She adds that as a result, it was not until five minutes before the match was scheduled to begin that tournament officials made an announcement to the stadium that Venus was “withdrawing due to injury”.

Understandably the crowd was angry. However, it went beyond that. According to Serena, rumours started to circulate that their father, Richard Williams, manipluated the situation so that he would have more control over which of his daughters played in the final.

The tennis world found these racially based suspicions about the credibility of the Williams sisters more persuasive than the truth.

In her TIME magazine article, Serena writes: “The false allegations that our matches were fixed hurt, cut and ripped into us deeply. The under-current of racism was painful, confusing and unfair.”

What Serena is alluding to is the racist stereotype that portrays blacks as dishonest and as criminals who deserve close-scrutiny. This is the same mentality that results in blacks being suspected of theft in shops or being subjected to unwarranted police searches in public.

One of the enduring racist stereotypes is that blacks are untrustworthy.

Danny Ferry, the Atlanta Hawks President of Basketball Operations and General Manager relied on the same racist stereotype to talk about Luol Deng, an African professional basketball player. Ferry described Deng as having “a little African in him” in the sense that “he’s a guy that… he has a store front out front that’s beautiful and great, but he may be selling some counterfiet stuff behind you.”

This is the racial logic that drove the predominantly white audience at the Indian Wells tournament in 2001 to subject a 19-year-old young black woman and her family to racist abuse. Rather than channel their disappointment and anger about Venus’ late withdrawal to the tournament organizers, the crowd decided to make Serena the target of their vitriol.

But what the Williams sisters never expected was to be typecast as potential troublemakers. As has been documented by sports media scholars, the Williams sisters have been accused of fixing matches against one another; they have been described as being arrogant and aloof, and engaging in unsporting behavior.

In reality, ever since Venus and Serena Williams started dominating women’s tennis at the beginning of this century, normative whiteness has had to adjust to the emotional displacement brought about by the challenge to women’s tennis as a space to display and emphasise cultural signifiers associated with middle-class whiteness. Serena Williams recently won her 19th Grand Slam title at the Australian Open, an achievement that puts her ahead of Chris Evert and Martina Navratilova on the all-time list of open era champions. It is reported that the only two players ahead of Serena are Margaret Court with 24 titles and Steffi Graf with 22 titles.

American academic, David Leonard, argues that sports women like Sharapova and Kournakova are represented as athletic, but also ‘girly’ and sexual, whereas the Williams sisters are constructed as aggressive and manlike. According to Matthew Syed, a British sports commentator, “there has always been a soft-porn dimension” in women’s tennis.

In my view, the soft-porn dimension in women’s tennis has historically been put out for the public consumption of a white admiring gaze.

Leonard writes that as far as the white gaze is concerned, the Williams sisters compare “poorly with the idealised and authentically rendered feminine images that exist inside and outside of sports culture.”

Leonard argues that efforts to dehumanise, scorn and mock the Williams sisters’ bodies reflect a social process that establishes the boundaries of whiteness within tennis. It is within this context that Andreana Clay, an American academic, writes, “Every time I see Serena Williams on the court in hot pink shorts and pony-tailed extensions, I feel glorious, a part of something, proud, and vengeful. Yeah, vengeful, like ‘take it’.”

Mandisi Majavu, a PhD candidate at the University of Auckland, New Zealand, is the book review editor of Interface: A Journal For and About Social Movements. He is the co-editor of 'Visual Century: South African Art in Context Vol 4: 1990 - 2007' (Wits Press, 2011). Some of his work has appeared in the anthologies: 'Real Utopia: Participatory society for the 21st Century' (Ak Press, 2008) and 'Beyond Borders: Thinking critically about global studies (Worth Publishers, 2006).
Previous Mining Indaba Rethinks the Role of Mining in South Africa
Next Laughing President: The Real Reason Jacob Zuma Can’t Stop Smiling