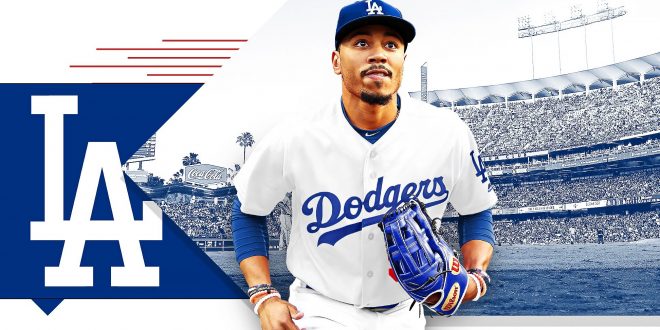 The Boston Red Sox and Los Angeles Dodgers have agreed to a blockbuster deal that will send former MVP Mookie Betts and left-hander David Price to Los Angeles for a package that includes outfielder Alex Verdugo, sources tell ESPN.

The trade includes a third team, the Minnesota Twins, with the Dodgers sending starter Kenta Maeda to Minnesota, which in turn will ship hard-throwing pitching prospect Brusdar Graterol to Boston, sources said, confirming a report by The Athletic.

The deal is pending medical reviews.

With the bidding for Betts heating up between the Dodgers and the National League West rival San Diego Padres in recent days, Boston chose to deal with Los Angeles and improve the team that lost in the division series to the Washington Nationals, the eventual World Series champions.

Throughout the winter, Boston entertained offers for Betts, whose free-agent haul following the 2020 season could exceed $400 million. Betts will make $27 million this year. And as Boston tries to dip beneath the $208 million luxury tax threshold, clearing its books of Betts and Price will go a long way toward reaching that goal. Price has three years and $96 million remaining on his contract.

Still, dealing Betts was far from a certainty for Boston, particularly after watching him develop from a fifth-round pick in 2011 and become one of the best players in baseball. In fewer than 5½ seasons with the Red Sox, Betts piled up 42.0 wins above replacement, according to Baseball-Reference.com.

The Dodgers coveted him, even knowing he could leave via free agency after one season. The Dodgers’ depth allowed them to stomach the potential value given away and take comfort in the knowledge that they’ll add Betts to a lineup that already includes reigning NL MVP Cody Bellinger, Justin Turner, Max Muncy and top prospect Gavin Lux.

For most of the winter, the Dodgers had been quiet, watching top free agents Gerrit Cole, Anthony Rendon and Stephen Strasburg sign elsewhere. Los Angeles’ only free-agent signings this winter have been one-year deals for reliever Blake Treinen ($10 million) and starters Alex Wood ($4 million) and Jimmy Nelson ($1 million). San Diego looked to keep the Dodgers from making a big acquisition, hoping Boston would take one of its offers, which were centered around top catching prospect Luis Campusano and major league players. Boston preferred Los Angeles, as Chaim Bloom, the team’s chief baseball officer, made his first big trade with Dodgers president Andrew Friedman, with whom he worked while running the Tampa Bay Rays.

Los Angeles, which hasn’t won a championship since 1988, lost in back-to-back World Series against the Houston Astros and Red Sox. The 2017 Astros, who beat Los Angeles in seven games, cheated during that season by stealing signs and warning hitters what pitchers were coming by banging on trash cans, according to a report from Major League Baseball. The 2018 Red Sox also are under investigation for using technology to steal signs.

Both the Astros and Red Sox fired their managers in the wake of the controversy, and Boston still has not named a manager with pitchers and catchers reporting to spring training on Feb. 11.

Verdugo didn’t play after Aug. 4 because of a back injury that he re-aggravated while on a rehab assignment in September.

He is excellent against left-handed pitching and is under team control through the 2024 season. He will make the MLB minimum of $563,500 in 2020. He’s a member of the Mexican National team.

Previous This is How Much Jennifer Lopez and Shakira’s Music Sales Have Really Spiked Since Their Super Bowl Halftime Show
Next Live State of the Union 2020: Updates on Trump’s Speech