Tag Archives: University of the Pacific 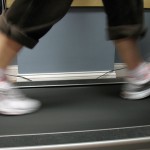 By PENNY SWIFT A highly regarded American neuroscientist who has researched CFS for more than a decade, has decried media reports based on The Lancet Psychiatry’s recent scientific article that claims graded exercise therapy (GET) is an effective treatment for Chronic Fatigue Syndrome (CFS). The Lancet Psychiatry report, published earlier this week, is the sixth based on the now dated ... END_OF_DOCUMENT_TOKEN_TO_BE_REPLACED