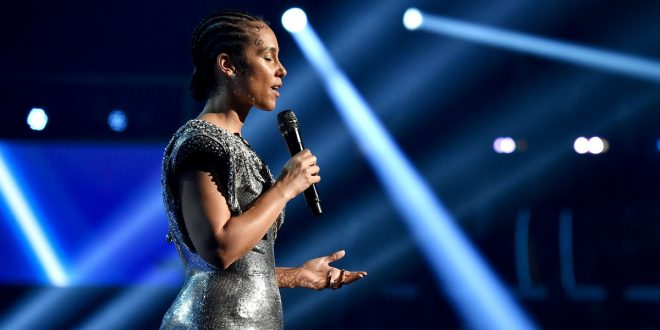 The Grammys struggled to lift spirits and bring people together but succeeded only intermittently between moments of abject chaos and memories of fresh losses.
Photo: John Shearer/Getty Images for The Recording Academy

This was always going to be a heavy Grammy ceremony, but there was no way to tell just how heavy it would get. Upheaval at the highest levels of the Recording Academy had muddied the days leading up to the show. On January 16, it was announced that Academy president and CEO Deborah Dugan — hired last year to replace longtime figurehead Neil Portnow after he advised women in the music industry to “step up” to gain better representation on the show — had been abruptly placed on administrative leave. Dugan alleges that she was a victim of sexual harassment and discrimination during her tenure as head of the Recording Academy, that her ideas about bringing greater diversity to the organization were met with a mix of glib indifference and outright obstinance, and that initiatives announced after she was put on leave were actually ideas she had personally green-lit and were just being rolled out to help the Academy keep up appearances. The show needed to be caustic and political, to give a class of young and promising pop stars space to read the riot act to the old dinosaurs, but calamity had other plans.

The Sunday helicopter crash that claimed the lives of NBA veteran Kobe Bryant, his daughter Gianna, and several others cast a pall over the Grammys, fatefully staged at the Staples Center in Los Angeles, which had served as a home base for Bryant in 17 of his 20 years as a Laker — and, last night, as a meeting ground for fans and players grieving through the news of his passing. The mood outside filtered into the show inside, as presenters and performers attempted to strike a balance between remembrance and uplift. Lizzo opened the show by dedicating it to Bryant. Lil Nas X sang a bit of “Old Town Road” next to a Bryant jersey. The all-star hip-hop tribute to Nipsey Hussle, featuring Meek Mill, YG, John Legend, Roddy Ricch, and Kirk Franklin, paid respects to both the fallen rapper and the sports figurehead whose losses bookended a tumultuous year for lovers of L.A. culture. The Grammys struggled to lift spirits and bring people together, succeeding only intermittently between moments of chaos and memories of fresh losses.

As host for the Grammy’s, Alicia Keys took on the unenviable task of marshaling the conflicting energies the evening necessitated. Bringing Boyz II Men out to revisit their cover of G.C. Cameron’s “It’s So Hard to Say Goodbye to Yesterday” was the purest, saddest acknowledgment of what many viewers inside and far beyond Staples were feeling last night, a necessary beat to cry together in a room whose significance had turned grim in a flash. Keys’s opening monologue, delivered in part over piano (to the tune of a Lewis Capaldi song), was by turns both the earliest sign that we were in for multiple hours of taxing, incongruous moods and the only time the allegations between Dugan and Portnow were even tacitly mentioned: “We refuse the negative energy. We refuse the old systems … We want to be respected and safe in our diversity. We want to be shifting to realness and inclusivity,” Keys said.

It was a big check that the four-hour broadcast couldn’t cash, as the night ping-ponged between good ideas executed strangely and shaky ones delivered in undue confidence. Aerosmith’s performance of the 1993 hit “Living on the Edge” (the chorus of which goes, “You can’t help yourself from falling”) on a stage decorated with flames and skulls was bafflingly inappropriate. Outgoing executive producer Ken Ehrlich’s tribute — a star-studded rendition of the staple from the Fame musical “I Sing the Body Electric” that got off to a jarringly rocky start trying to squeeze Camila Cabello into the mix — depicted the widening gulf between Grammy brass and industry talent so neatly that the audience cam couldn’t help but cut to Ariana Grande, who had accused Ehrlich of lying about the reasons she skipped last year’s show after he had alienated the pop-radio heavyweight during preshow negotiations. This year’s solution was to give as much face time to as many pop stars under 40 as were willing to show and to give medleys to Lil Nas X, Ariana Grande, the Jonas Brothers, and Tyler, the Creator. But for every notable musician who did show, there was one who didn’t.

Absent from “music’s biggest night” were a disconcerting number of the industry’s most successful stars: Taylor Swift didn’t show, nor did Drake, Future, Beyoncé, Frank Ocean, Jay-Z, Rihanna, Lady Gaga, and Kanye West, who instead held a midnight Sunday Service event on West Coast time that suggested he had been in the area. We were told Dave Chappelle was not around to accept the award for Best Comedy Album, his third consecutive win in the category in a row, but someone who certainly looks like him could be seen seated in the audience between country stars Brandi Carlile and Tanya Tucker, who presented the award and received it in his absence. Was Chappelle late? Did a soft Grammy boycott happen this year? Diddy delivered harsh words at Clive Davis’s preshow party: “Truth be told, hip-hop has never been respected by the Grammys. Black music has never been respected by the Grammys to the point that it should be.”

Points were made. Only three black artists have won Album of the Year in the 21st century, and the last, jazz pianist Herbie Hancock, who won for the Joni Mitchell tribute album River: The Joni Letters, was way back in 2008. The hip-hop and R&B awards are constantly being shuffled out of the broadcast, so if you skipped the preshow, you might have thought Lizzo, the evening’s most nominated act, had won only Best Pop Solo Performance (for “Truth Hurts”). The message, that hip-hop and R&B are only sporadically deserving of top honors, is hard to handle in the era of Beyoncé, Rihanna, Drake, and Kendrick Lamar, all of whom made era-defining records over the past decade only to be largely shut out of the top honors at what felt like the peak of their creative powers — and in favor of Adele, Ed Sheeran, Swift, and others whose music is geared for broader mainstream appeal. The goodwill engendered last year by Childish Gambino’s wins for Record and Song of the Year dried up. Latinx performers got their trophies before the show and were represented in performances only by Rosalía and Cabello (the latter literally sang twice). The lone acknowledgment of a busy year for K-pop was a brief appearance from BTS, who sang a fraction of their Lil Nas X collaboration, “Seoul Town Road,” in a medley of “Old Town Road” remixes.

Billie Eilish’s history-making sweep of Best New Artist and Album, Record, and Song of the Year — the first time a performer has done so since easy-listening star Christopher Cross pulled it off in 1981 and the first time in 62 Grammys ceremonies when a teen was declared to have the best album on her first attempt at one — shouldered some of the burden for the Academy’s questionable choices last night. Preexisting frustrations and the ceremony’s dubious timing made what ought to have been a well-deserved celebration of one of last year’s best, most successful pop albums run a little catty. Notoriety breeds scrutiny. Familiarity breeds contempt. In a night full of pop stars being spotlighted at the cost of face time for hip-hop artists, Eilish’s gothic Gucci threads and AAVE vocal affectations are bound to make her a centerpiece for some of the anger the show aroused in the viewing audience, the same way Grande caught smoke upon the release of “7 Rings.” The Academy’s thinking, presumably, isn’t sinister; at a time when pop music’s guard is changing, the members went all in on one of the youngest, most promising prospects. Thing is, with Lil Nas X present as a reminder that “Old Town Road” smoked “Bad Guy” on the charts all summer and with the breakthrough year that Lizzo had, Eilish’s sweep seemed all the more jarring.

Bright spots in a night that dragged like hell included Tyler, the Creator’s triumphant performance of IGOR’s “Earfquake” and “New Magic Wand.” The first-time winner then ripped the show a new one for shrinking his album’s mellifluous blend of soul, trap, and rock into a rap category and for the outdated, unsubtle coding of “urban” as a descriptor for black music. Eilish and Finneas were gracious and mercifully curt in their speeches and quietly devastating in their performance of the When We All Fall Asleep, Where Do We Go? highlight “When the Party’s Over.” The Nipsey tribute was heartwarming, as were tributes to folk legend John Prine by Bonnie Raitt and to the late Dr. John by Trombone Shorty and members of the Preservation Hall Jazz Band. (Usher’s Prince workout was too mannered to pop despite the presence of FKA Twigs and Sheila E. as backup. It feels like we get a new Prince tribute every year now, which is fine, except that the list of iffy ones is longer than the list of great ones.) Gary Clark Jr. and the Roots gave a caustic reminder of a tumultuous year in politics, and Rosalía dazzled while playing El Mas Querer’s “Malamente” and the new single “Juro Qué.”

Carlile and Tucker, who won her first two Grammys last night nearly 50 years after her 1972 debut single, “Delta Dawn,” gave a stately rendition of their 2019 collaboration, “Bring My Flowers Now,” off Tucker’s While I’m Livin’. This could have doubled as the resounding message to the Academy membership from this year’s talent: The Grammys can either be a show about recognizing modern music’s top-tier talent in their prime, or it can be a show about producers, presidents, and voting bodies who are too out of touch to spot a revolution until years after it happens. But it can’t be both.