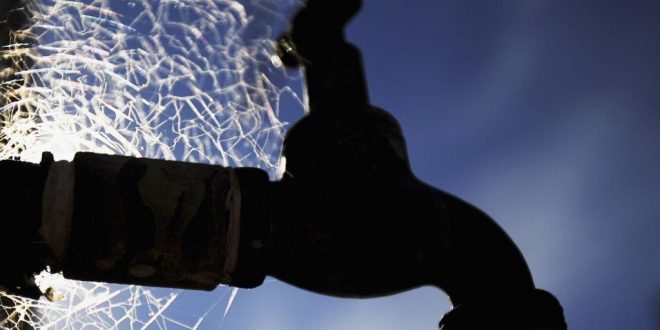 “We will not escape Covid-19, please help us Mr President,” said community members of the Hlalani informal settlement in Makhanda in the Makana local municipality, Eastern Cape, describing the water scarcity as a ticking time bomb as Covid-19 spreads.

Communities in the water scarce municipality say they are at their wits end in trying to find creative solutions to adhere to the government’s advice regarding hygiene and physical distancing while they are without water.

The municipality has been experiencing a water crisis for the last two years, caused by four years of drought and ageing water supply infrastructure.

A local state of disaster was officially declared in February 2019.

When News24 visited Hlalani township on Sunday, the area’s taps were dry, and sewerage was flowing in the streets as children played. The potholes in the roads made it near impossible to drive.

“We are really struggling. Even the water tanks don’t come anymore because of the poor condition of our roads. The rubbish is never collected. No one cares for us here. This city is a dump. It’s like we are forgotten,” Hlalani resident Vuyani Phinda said.

To adhere to hygiene to prevent infection, Phinda said many residents use Sunlight dishwashing liquid, without water, and methylated spirits.

“We will probably have water on Thursday now. This is the life we live,” Phinda said on Sunday, adding that even the interventions of the municipality have ground to a halt.

“I want the president to please come and help us. He has appointed people who really don’t care about us. The water tanks that were donated by the government are dry. Even the truck that used to ferry water to the community stopped coming,” he said.

In April, GroundUp reported that upgrades to ageing water supply and sanitation infrastructure at the municipality could be further delayed, after the Department of Human Settlements, Water and Sanitation shifted its R306 million budget for bulk water and sanitation projects to fund its Covid-19 emergency response plan.

Founding chairperson of UPM (Unemployed People’s Movement) Ayanda Kota said he expects Covid-19 infections will get worse soon. He said the community has received very little information on the virus.

“Covid-19 has also exposed the levels of hunger in the community. We have an unemployment rate of 70%. Gender-based violence has also increased. The leaders are just sitting on the information the community desperately needs.

“There must be creative ways for us to prevent infection, but no one is supplying that message on the ground. Children are playing in sewer, no one is speaking to the communities. The province has not come to see the rot or hear from people how they can be helped.”

Another resident, Zizipho Qoqose, said even when they have water, the taps produce brown water.

“When water comes back, it’s dirty and we have to boil it to decontaminate. With Covid-19 on the rise, we are worried because we can’t wash our hands and yet the municipality wants us to wash our hands. It’s just a struggle and we need help,” she said.

Makana local municipality spokesperson Yoliswa Ramokolo did not respond to calls or text messages from News24 on Monday.

Previous The human impact of hospital-acquired Covid-19
Next ‘We are not respected like nurses’: Porters, security guards demand more Covid-19 protection | News24