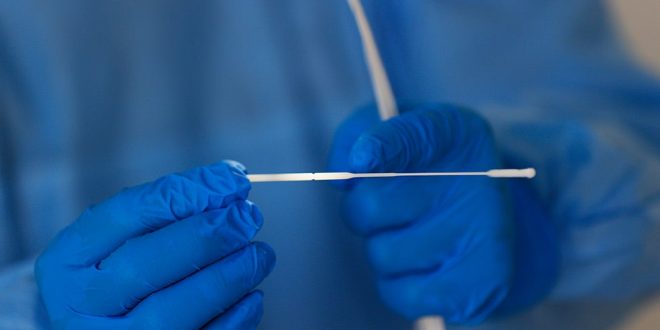 A new battle is emerging over the cause of a surge in coronavirus cases in numerous states across the country.

“If we stop testing right now, we’d have very few cases, if any,” Trump, who has been eager to open up the country given the calamitous effects that coronavirus-fueled lockdowns have had on the economy, said on Monday.

The remark also continued Trump’s effort to downplay the virus, something that started before cases first took hold in the United States.

Testing data suggests an increase in cases in certain parts of the country isn’t just because of increased testing, but because people have started spreading the contagious disease more now that they have relaxed their social distancing.

While some states with increased cases have also increased testing capacity, others have actually seen the number of daily tests decline, even as the seven-day average of new cases increases.

Public health experts have also criticized the remarks from Trump and Pence, saying they are misleading and that they could potentially give people a false sense of security that could lead to even more spread of COVID-19, the disease caused by the coronavirus.

“If you’re giving a message to the public that things are fine, we’re just testing more, without really saying … we’re doing the same number of tests … that’s giving the public misinformation that may influence how they act,” said Amesh Adalja, a senior scholar at the Johns Hopkins University Center for Health Security.

States judge the severity of their outbreaks by other metrics than just the number of tests conducted and total number of cases. Among other measures, the key is the percentage of tests that come back positive.

“It’s not useful just to look at a number of cases, you have to look at the percent positivity. If that’s rising, then I really think that you can’t just attribute that to testing,” he said.

Adalja faulted the administration for deliberately missing the nuance and misleading the public. He said the White House coronavirus task force, which Pence leads, has been tracking positivity rates since the start of the pandemic.

Some states have seen the rate of new cases increasing faster than the increase in the average number of tests.

Nationally, Gottlieb said the U.S. isn’t seeing a rise in cases given how some parts of the country, such as the Northeast, are seeing significant declines.

“The overall trend isn’t up, and that’s because a lot of states continue to go down in the North and the Northeast, but there are states with bona fide outbreaks, and they need to get it under control,” Gottlieb said.

Arizona reported a record-high number of COVID-19 cases on Tuesday, and its hospitals reported record numbers of patients with the coronavirus.

Gov. Doug Ducey (R) said last week hospitals were prepared and would not be overwhelmed, and he dismissed the possibility of another stay-at-home order.

“We put the stay-at-home order there so we could prepare for what we are going through,” he told reporters at a press conference.

In Texas, hospitalizations from the virus have climbed roughly 8 percent in the last two weeks.

Alabama’s new cases rose 97 percent the week ending June 14, according to the COVID Tracking Project, but testing has largely stayed flat. The positive rate is around 14 percent, compared to 6 percent the previous week.

“It’s just early to declare victory, and some of these trends in a number of states are quite concerning,” said Jesse Goodman, a former Food and Drug Administration chief scientist who is currently a professor of medicine at Georgetown University.

Goodman said he wasn’t advocating for keeping the country in a lockdown but noted there are degrees of reopening, like wearing masks in public, keeping physical separation and avoiding crowded indoor spaces, that the White House just isn’t mentioning.

“We should be reopening cautiously with social distancing. And I think that when you have messages sort of declaring victory, it confuses people and undermines the effectiveness of the public health messages,” Goodman said.

Trump has repeatedly signaled a desire to reopen the country and on Saturday will take part in his first campaign rally since lockdowns to prevent the spread of the disease began. It will take place in an indoor environment in Tulsa, Okla.

In an op-ed in The Wall Street Journal on Tuesday, Pence cited the decline in daily virus deaths and the leveling-off of daily new infections at 20,000 as positive signs that the U.S. was making progress against the virus, arguing the majority of states have seen cases decline or remain stable.

He said panic over a rebound in coronavirus cases is “overblown” and blamed the media for stoking concerns of a “second wave” of the coronavirus in the United States. He said more testing is being conducted than ever before, and hospital capacity is not a concern.

Pence’s op-ed follows his efforts on Monday to encourage governors to adopt the talking point that the surge in new infections is because of increased testing.

According to The New York Times, Pence told governors “to make sure and continue to explain to your citizens the magnitude of increase in testing. And that in most of the cases where we are seeing some marginal rise in number, that’s more a result of the extraordinary work you’re doing.”

Pence has been criticized for frequently attempting to minimize the severity of the outbreak in his public appearances. He’s scheduled to appear at Trump’s Tulsa rally and has been photographed in restaurants, offices and even the Mayo Clinic without a mask.

Goodman said such behaviors from officials confuse the public.

“It’s almost as if people want to either decide that there’s no risk here at all, or it’s like Ebola … and in reality this is something more complicated and something in between,” Goodman said.