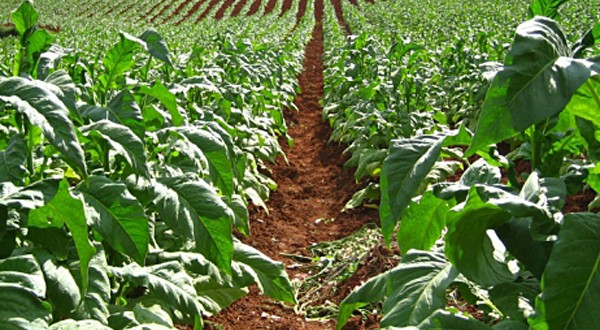 Does the ANC intend to expropriate land in South Africa any time soon? President Jacob Zuma doesn’t appear to care for the landless at all. He doesn’t seem to believe that landlessness is even a problem.

Zuma caused alarm last week when he claimed that South Africans were going hungry and living in squalid conditions because they were too lazy to work the land or build their own houses. This was a reminder of the attitude of the previous Thabo Mbeki administration, under which people living with HIV and demanding genuine medication were at fault for not eating enough lemon, garlic or beetroot.

The previous administration also did not particularly support the landless or the hungry. In 2008, under the Mbeki government, Cosatu and others called for price fixing on basic foods in response to skyrocketing prices. The response by then deputy minister of Arts, Culture, Science and Technology, Ntombazana Botha at a joint cabinet ministers’ press briefing in Parliament was that people living in informal settlements should “use the space around their shacks to grow vegetables.” When asked what space she was referring to, the late former health minister, Manto Tshabalala-Msimang scoffed visibly and said people living in shacks could plant vegetables in buckets.

Zuma’s recent utterances are just another variation on this, with the result that he is sounding more and more like the administration his was supposed to have replaced.

What makes even less sense about the president’s comments is that government (both the ANC and the DA in the Western Cape) continually berates shack dwellers for “building their shacks too close together”, so that when a fire breaks out, hundreds of shacks burn almost simultaneously. If there are not even a few centimetres of space to separate the average shack, where is the land upon which people are supposed to grow all their food?

The Zuma administration has acknowledged the failure of the “willing buyer-willing seller” model, whereby the state could only buy back stolen land at inflated costs set by the new owner – and only if the owner chose to sell. During his State of the Nation address six weeks ago, the president announced a departure from the willing buyer, willing seller model, saying that landowners would henceforth only be allowed to own a maximum of 12 000 hectares. The rest would be purchased by the state for redistribution to the landless, at a price set by the new Land Valuer-General.

The deadline for that appointment was originally this week. But Land Reform and Rural Development ministry spokesperson Linda Page told SACSIS yesterday that the department now expected to appoint the Land Valuer-General by June 2015.

The idea of creating this post is already four years old, and agriculture minister Senzeni Zokwana has already contradicted the idea of expropriating land above the 12 000 hectare ceiling, telling white farmers at a recent meeting that this ceiling is flexible. Zokwana said the “type of crop” being grown would first be taken into account before government expropriated land.

It is not very clear what the Minister Zokwana is talking about because the state has not produced a list of crops that would exempt their owners from having their land expropriated. It is also not clear where the government is going to get the money to pay for expropriated land – even if purchased at below market rates.

There are other ways to make land available in the interim for people to live on and grow food. If it chose to, the ANC government could easily nationalise unallocated mineral rights and set up a state owned mining project to fund the rollout of decent public housing projects built around state owned food farms and factories. They could spend government funds on this instead of funding private companies to build defective housing projects that required, at last count, $58 billion worth of rectifications. However, neither the ANC or DA governments are interested in doing anything more than hiring one private contractor after another to build flawed, tiny housing projects for 100 families at a time in dustbowls where no food could ever be grown. There is already much in the way of publicly owned land that could be used for public housing and food projects, instead of the DA and ANC selling this land off to private companies to build more shopping complexes and car parks. Making “a dent in the housing waiting list” is a concept that has long been cast aside by politicians.

The ANC has re-opened the land claims process with a new cut off date of 2019 – far into the future, indicating no hurry to help land claimants, many of whom were already elderly during the first land claims process in the 1990s. It is clearly going to take more than four years before any land is expropriated and redistributed or given back to its rightful owners. And the expropriation process that government has planned involves the appointment of the Land Valuer-General (already delayed), getting the Expropriation Bill passed through parliament (it has been sent back from parliament before), and setting up an Expropriation Authority. After this, having finally decided on a piece of land that will be expropriated, the owner and any other interested parties will be able to embark on a lengthy objection process.

It is highly unlikely that enough land will be expropriated in this decade to meet the needs of the landless.

Anna Majavu is a writer concentrating on the rights of workers, oppressed people, the environment, anti-militarism and what makes a better world. She worked for the Sowetan from 2008 until 2011 when she moved to New Zealand.
Previous Google’s New Algorithm Will Kill the “News Scoop”
Next Time for Change in South Africa’s Labour Movement