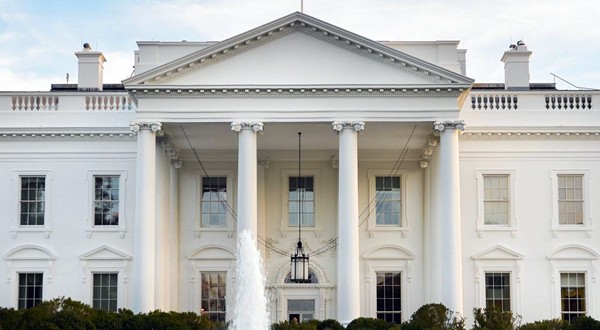 Students to March to White House in Support of ME Patients

ME sufferers and students carrying photographs of bed-bound ME patients will march to the White House tomorrow (April 28) in a bid to raise awareness of the disease and urge the US Department of Health and Human Services (HHS) to take urgent action.

The march dubbed Boots on the Ground in DC  has been organized by MEAdvocacy.org, a small voluntary grassroots organization with a mission to raise awareness for people suffering from myalgic encephalomyelitis (ME).

“We have raised funds and organized this demonstration in DC to raise awareness about the illness and to urge the HHS to properly address this severe group of patients,” MEAdvocacy volunteer, Colleen Steckel told The Argus Report this morning. She said they were also asking the NIH to increase its funding of the disease to US$250 million per annum to bring it up to par with other similarly burdened diseases.

ME is a debilitating, neuroimmune disease that affects at least 1 million men, women and children in the US alone. It has been described in the worst possible terms as the “hidden plague,” as being “polio-like,” and as a “non HIV/AIDS” disease.

But MEAdvocacy maintains that most Americans have never heard of the disease. Why?

“ME lacks prominence because the government hasn’t taken this disease seriously,” said Steckel. “In the 1980s, the government renamed the disease the trivializing and belittling name chronic fatigue syndrome. Federal research funding has been at the bottom of the barrel for decades.”

In February this year (2015), the US Institute of Medicine (IOM) recommended that instead of calling the disease Myalgic Encephalomyelitis/Chronic Fatigue Syndrome (ME/CFS), the name should be changed to Systemic Exertion Intolerance Disease (SEID). This was received with mixed reaction, with a very large body of sufferers condemning it for being overly broad and demeaning. As a result, MEAdvocacy has called on Congress to call ME by its already accepted name: Myalgic Encephalomyelitis (ME).

In a statement on its website, the organization says:

In order to move the science forward for this disease, ME needs well defined criteria and an appropriate name.

ME has a long history, appearing worldwide in epidemic and endemic forms. A 1955 outbreak in London led Dr. A. Melvin Ramsay to describe it as an infectious neuromuscular disease and to coin the term Myalgic Encephalomyelitis. Yet, here in the U.S., HHS has repeatedly attempted to marginalize the disease by creating overly broad criteria and by re-branding it with undignified, marginalizing names. These actions by HHS have been the cause of three decades of confused research findings and the lack of viable treatments.

HHS has defiantly ignored the plea by its own Chronic Fatigue Syndrome Advisory Committee (CFSAC), medical experts, patient advocates, patients and their families to adopt M.E. expert-authored, well-defined criteria and name for the disease.

Marchers will then travel to the White House in cabs and congregate on Pennsylvania Avenue at 11.15 am until noon. Then they will march backwards and forwards, up and down the sidewalk.

MEAdvocacy announced today that students would fill in for ME patients who are too ill to walk – let alone march. They will carry photos of real sufferers, along with their biographies.

We refuse to let them be invisible any longer. The “voice of the patient” will be heard through the students. MEAdvocacy

“HHS has neglected these patients for the past three decades by withholding proper funding and excluding education about the disease in the curriculum of US medical schools. This has resulted in limited scientific advances and lack of knowledge about the illness by physicians nationwide. The patients, some of them so severely affected as to render them housebound and unable to care for themselves, have been unable to loudly speak out… until now!”

Penny Swift is an experienced journalist who has worked on daily and Sunday newspapers in several parts of the world. Her specialties include news, investigative writing, consumer, health, and medical spheres. She has written more than 40 non-fiction books mostly about construction and home-related topics, as well as decorating and landscaping.
Previous Reason after Liberalism
Next FIFA Exposes a Chink in the ANC’s Control of Government

by Tony Carnie, Daily MaverickJune 8, 2022 Government Decades Behind Schedule on Mine Pollution There …