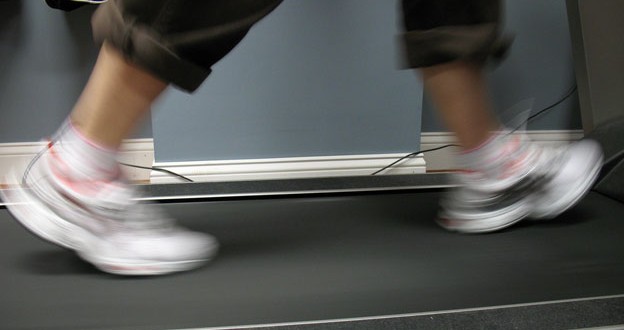 A highly regarded American neuroscientist who has researched CFS for more than a decade, has decried media reports based on The Lancet Psychiatry’s recent scientific article that claims graded exercise therapy (GET) is an effective treatment for Chronic Fatigue Syndrome (CFS).

The Lancet Psychiatry report, published earlier this week, is the sixth based on the now dated PACE Trials that have been widely discredited by the international ME/CFS community.

Prof. J. Mark VanNess from the Californian University of the Pacific, referred specifically to The Lancet Psychiatry report’s claim that CFS patients have “fear avoidance beliefs” when it comes to exercise, and that this plays a role in “perpetuating fatigue and disability” in CFS.

In a letter published online in the popular Myalgic Encephalomyelitis blog, Just ME yesterday, Prof. VanNess said he was “saddened” by press reports that had appeared in leading newspapers including The Guardian, The Independent, the BBC, the Mail Online, The Telegraph, and The Irish Independent. “It seems to me they’ve once again missed important nuances of the disease.”

Prof. VanNess, who received his neuroscience doctorate from Florida State University in 1997, teaches biology, nutrition and exercise science at Pacific University. He is also committed to research on “the role of the autonomic nervous system in immune dysfunction,” and is particularly interested in “post-exertional malaise in women with CFS.”

Most People With ME/CFS Avoid Exercise

Most patients suffering from symptoms of ME/CFS avoid exercise, as Prof. VanNess points out in his letter that is addressed to Joan McParland, founder and coordinator of the Irish-based Newry and Mourne ME Fibromyalgia Support Group. But unlike the authors of The Lancet Psychiatry’s latest PACE article, he states that fear and avoidance of exercise is “an understandable response in ME/CFS.” They are afraid of exercise because they know that it will worsen their symptoms.

Not only is fear and avoidance of exercise “a natural defense mechanism against a harmful stimulus,” but US researchers use graded aerobic exercise to amplify and worsen the symptoms of ME/CFS, says Prof. VanNess. This is not done as a treatment that will be beneficial to patients, but rather as a therapeutic intervention that is intended to “improve quality of life for ME/CFS patients.” The therapy is very specific and focuses mainly on “strengthening muscles and improving range of motion.”

As Prof. VanNess explains, fear of exercise and exertion is more than just an understandable response for those with ME/CFS. It is “a reasonable, knowledgeable, and learned response to a noxious stimulus. If ME/CFS patients could exercise away their symptoms they most certainly would, regardless of the pain. But that is not the case.”

Knowing that aerobic exercise will worsen the pathologies of ME/CFS, the exercise physiologists he works with focus rather on utilizing “intact metabolic pathways with strength training and recumbent stretching (that help alleviate symptoms). These exercise recommendations are consistent with our understanding of ME/CFS pathology.”

We would all hope that ME/CFS was viewed with attention given to immunological, metabolic, cardiovascular and neuroendocrinological dysfunction that has been demonstrated with previous research. Dr. J. Mark VanNess

This is the saddest part, because there is valid research that tells the story of ME/CFS the way it really is – but mainstream media does not appear to be listening.

Exercise physiology is all about how the body responds and adapts to exercise. Dr. J. Mark VanNess

In the classes that Prof. VanNess teaches, students learn how the body’s major organ systems become involved in a response to exercise, specifically the metabolic, muscular and cardiovascular systems.

As he states on the University of the Pacific website, it is important to have a good, thorough background in chemistry, physics and biology to understand exercise physiology. This is because when we exercise, all the major organ systems in our bodies change, particularly our nervous and immune systems.

Students also learn why and how exercise is good for the body. But then there are CFS patients, and at the Pacific Fatigue Lab, the prof and his students test patients with CFS using stress of exercise. They are committed to making a difference and only last year, five of his students presented their research findings at an international conference on fatigue.

Dr. VanNess and his colleagues recognize the huge physical problems that CFS patients face. This is why they continue to research the subject constantly.

In a research paper entitled A Realistic Approach to Exercise for CFS Patients, co-authors VanNess, Dr Christopher Snell and exercise physiologist Staci R. Stevens of the Workwell Foundation state: “Since chronic fatigue syndrome is characterized by debilitating malaise and the inability to perform physical activity, it is often assumed that patients should begin an exercise training regime to increase their ability to function. However, the ability to generate energy through aerobic energy pathways appears to be dramatically impaired in CFS patients and post-exertional malaise can extend for days. Because of this, aerobic-type exercise may be inadvisable for the CFS patient.”

This is, of course a Catch 22, since an inability to exercise will lead to “further deconditioning.”

Furthermore, even seasoned researchers, like Prof. VanNess, don’t know why CFS patients are often not able to perform even simple tasks without becoming “fatigued.” But it might have something to do with oxygen consumption.

Any reduction in aerobic function due to impaired oxidative function may lead to an abnormal reliance on anaerobic energy pathways during exercise. VanEss, Snell and Stevens

What this means is that a positive aerobic exercise regime for healthy people could be an anaerobic activity for those suffering from CFS. This would explain why activities as supposedly simple as vacuuming the house might result in the “rapid onset of fatigue” and an often inexplicably long recovery period.

This research paper shows “significantly impaired oxygen consumption levels” in CFS patients doing treadmill exercise tests. They seem to take in a normal amount of oxygen, but can’t use it all.

The three co-authors suggest that a solution might be to avoid extended period of aerobic exercise and to rely rather on short periods of stretching or resistance exercise with frequent breaks. They suggest that this would improve flexibility and increase strength instead of trying to recondition the aerobic body system. Additionally, it should reduce muscle pain, improve cognition, and provide a sense of achievement.

If exercise is to prove beneficial for CFS patients, it is important that the exercise prescription is one they can accomplish. VanEss, Snell and Stevens

For this reason, any CFS patient exercising should start slowly and increase gradually. But, the researchers warn, this will only be suitable for people who don’t have other health problems, and they should work with a qualified exercise physiologist or physical therapist with experience of CFS.

While improvement, they believe, is possible, “A return to pre-morbid fitness levels may not be possible for CFS patients.”

Determining whether a CFS patient has benefited from exercise requires a different assessment approach than with individuals suffering from other illnesses. VanEss, Snell and Stevens

Clearly this is something that the researchers involved in the PACE Trial Studies have failed to take into account. And the media reporting on their research studies don’t know any better!

Penny Swift is an experienced journalist who has worked on daily and Sunday newspapers in several parts of the world. Her specialties include news, investigative writing, consumer, health, and medical spheres. She has written more than 40 non-fiction books mostly about construction and home-related topics, as well as decorating and landscaping.
Previous King of Boxing, Muhammad Ali Home for Birthday After Hospital Treatment for Urinary Tract Infection
Next What Types of Apple Smart Watch Games can you Expect