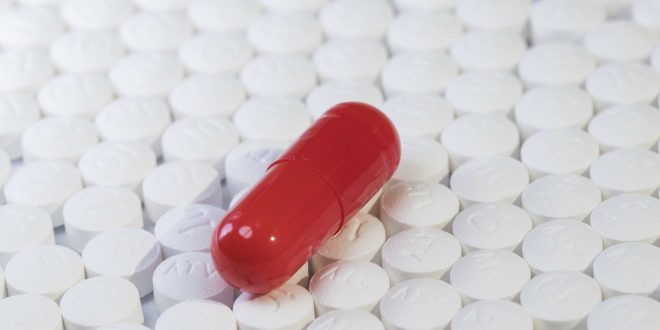 A recent study shows that hyaluronic acid, an ingredient commonly found in beauty products and wellness supplements, acts as food to the cancer cells in pancreatic tumors.

The study focuses on pancreatic ductal adenocarcinoma (PDA), which is one of the deadliest human cancers with no clinically effective treatment options.

While there are certain risk factors that can affect the chance of anyone getting pancreatic cancer, they say the average lifetime risk is about 1 in 64. Data shows that pancreatic cancer accounts for about 3% of all cancers in the U.S. and about 7% of all deaths from cancer.

The presence of HA in pancreatic tumors is widely recognized. But the idea that they provide food for cancer cells is a new one.

According to the lead author of the new study, Dr. Costas A. Lyssiotis, HA is a long chain of sugars that attracts and retains water. It makes pancreatic tumors hyperdense, which results in veins collapsing and blood flow slowing down.

Dr. Lyssiotis, who is based at the Rogel Cancer Center at the University of Michigan, told Michigan Medicine’s Health Lab they wanted to understand HA beyond its contribution to the physiological make-up of pancreatic cancer cells.

“It’s not that there aren’t veins or arteries inside the tumor. But the vasculature that is there can’t withstand the extreme pressure.”

Most previous studies of HA in pancreatic cancer have focused on its role in creating this intense density. But these researchers wanted to know how the cancer cells continued to grow without access to blood-derived nutrients. Simply put, what do they feed on?

“Hyaluronic acid doesn’t only affect tumors by creating this density, which does make it difficult to treat. It is literally a chain of sugars. In retrospect, it makes good sense that the malignant cells are also feeding off hyaluronic acid.”

He went on to say: “We’ve added another example into a growing body of evidence of the nutrients and pathways we didn’t think cancer cells would use to scavenge.”

“People have been studying hyaluronic acid in pancreatic cancer for 20 years and no one had ever thought to see if it could be a nutrient for cancer cells. We’re going to dig deeper into this idea and see if it represents a therapeutic vulnerability that can be drugged.”

According to Dr. Lyssiotis, the study demonstrates how well pancreatic cancer cells can scavenge nutrients to maintain their growth and survival.

“We’ve added another example into a growing body of evidence of the nutrients and pathways we didn’t think cancer cells would use to scavenge.”

The research article, Hyaluronic acid fuels pancreatic cancer cell growth, was published in eLife on 24 December 2021. It acknowledges that HA is a major component of the pancreatic cancer microenvironment, and states that, “Rewired metabolism is a hallmark of pancreatic ductal adenocarcinomas (PDA).”

It also provides an important source of metabolic intermediates required for pancreatic cancer growth during conditions of nutrient limitation.

The article states that HA is an abundant carbohydrate polymer in pancreatic tumors composed of repeating N-acetyl-glucosamine (GlcNAc) and glucuronic acid sugars. As such, it “can bypass GFAT1 to refuel the HBP via the GlcNAc salvage pathway. Together, these data show HA can serve as a nutrient fueling PDA metabolism beyond its previously appreciated structural and signaling roles.”

PDA, on the other hand, “is characterized by an intense fibroinflammatory stroma, poor vascularity, deregulated nutrient levels, and rich deposition of extracellular matrix (ECM) components.”

The Role of HA in Rewiring

To survive and proliferate in this nutrient-austere tumor microenvironment (TME), the oncogenic driver in PDA, mutant Kras, facilitates the rewiring of PDA metabolism.

HA, which is a major structural component of the TME, is “richly abundant” in pancreatic tumors. While it is found in the skin and other human tissue, it is believed that HA is deposited in the TME primarily by cancer-associated fibroblasts (CAFs).

“An aspect of HA biology that has not previously been studied is its potential role as a nutrient. This is surprising given that HA is a carbohydrate polymer whose monomeric unit is a disaccharide of glucuronic acid and N-acetyl-glucosamine (GlcNAc),” the document states.

Ultimately, the research article aims to determine the utility of targeting the hexosamine biosynthetic pathway (HBP) in PDA.

“We found that GFAT1 was required for cell survival in vitro. In marked contrast, GFAT1 knockout tumors readily grew in vivo. Based on this observation, we hypothesized that GlcNAc-containing components of the TME could bypass the HBP in vivo by way of the GlcNAc salvage pathway.

“We demonstrate that HA can be metabolized by PDA cells to support survival and proliferation by refilling the HBP. In sum, our study identifies HA as a novel nutrient source in PDA and contributes to a growing body of data illuminating the important role of the TME in cancer metabolism.”

Penny Swift is an experienced journalist who has worked on daily and Sunday newspapers in several parts of the world. Her specialties include news, investigative writing, consumer, health, and medical spheres. She has written more than 40 non-fiction books mostly about construction and home-related topics, as well as decorating and landscaping.
Previous Climate Action, Fossil Fuel & the War on Ukraine
Next Checkers Sitari the first SA supermarket to run on renewable energy