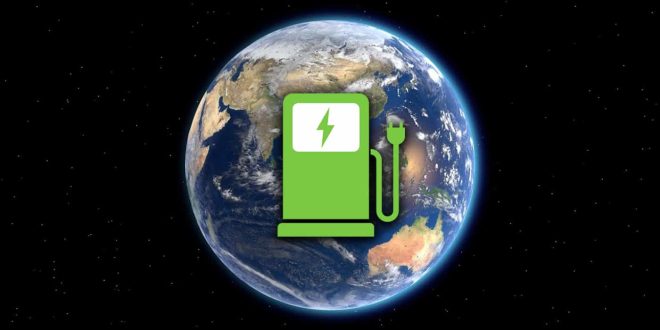 How Will Putin’s War with Ukraine Impact Fossil Fuel?

The (Gas)-FREE World is not Russian!

But can the European Union get off their Putin supply before winter?

If there is anything that the Ukraine conflict has highlighted in its first week, it’s that Putin is the world’s leading fossil fuel drug pusher. But the world has practically broken its addiction to the Kremlin oil supply already.

Activists in Ukraine have made an appeal to “ban any import of fossil fuel from Russia and rapidly phase out all fossil fuel.” And it’s happening fast! But this is a developing story.

Initially, activists published an open letter in a collaboration with several local environmental groups. Then they were joined by dozens of organizations from elsewhere in the world. This left many people wondering if it’s possible to get off gas and oil supplies before the weather in Europe turns cold again.

Climate activist, Kostiantyn Krynytskyi of the Ukrainian Eco action organization, told the NewYork Times via email: “One of my hopes for the future reconstruction of Ukraine is that our government and our international partners will support only sustainable solutions and clean energy and don’t go back to the dependency on fossils.”

It’s actually more achievable than sending men back to the moon, and here’s why.

Firstly, even with caution from President Joe Biden and his administration, the sanctions he has imposed on Russia have been more highly supported than any other international policy decision in recent history.

Secondly, by simply considering what has been done over the past few years with regard to sustainable installations and advancements, as well as what actually still needs to be done to achieve the shift required for Europe to get onto a renewables only economy, it’s easy to see that we’re actually pretty much there!

The 27 countries that make up the European Union already get 20% of their power from wind, solar photovoltaic, and various other sustainable renewable sources. According to Eurostat, the European Agency responsible for tracking data points on the continent, there are only three countries in the EU that are simply meeting the required goals to become the world’s first climate-neutral continent.

These three energy installation coasters are Belgium, Slovenia, and the Netherlands. And the first two could be forgiven for having economies that are relatively lower in terms of GDP to the rest of Europe. By 2050 was the last agreed timeframe.

Holland, of course, is home to Royal Dutch Shell, which is essentially a fossil fuel dealer too, though not exactly like Russia. The key difference is that they produce solar panels and have made measurable moves towards expanding their portfolio of energy supply products into the renewables sector.

The same can be said for BP and the British government. However, they are not a part of Europe anymore, rather simply an island off the coast. To be fair though, their Beyond Petroleum shift has been helpful in changing mindsets both in their local economy and globally.

At the same time, something like Better Power, and a complete investment in renewables, could change the continent practically overnight.

The one notable exception to those achieving more than is needed for energy sovereignty is France. In fact, they are the only country in the European Union that is not meeting the renewable investment goals. It’s not too far off to imagine that they have a similar thing going on with Total Fuels as the Dutch and British have with their energy giants. But policy implementation has always seemed to take slightly longer with the French.

Perhaps they keep getting side-tracked by summer lunches in the countryside! Either way, the disparity is possibly just a per-capita anomaly as percentages are still actually in alignment with most of the other countries in Europe.

If we want to see how to make the renewable energy shift away from fossil fuel really quickly then we can look at Scandinavia. And perhaps, ironically, their former soviet block neighbors.

Most people interested in this narrative know about eastern EU countries with loads of tech money like Estonia. They are actually way ahead of everyone else on the planet in becoming completely self-sufficient in terms of powering their economies with renewables.

Iceland, of course, is way out in front. This is due to them being able to plug into the bio-thermal resources they have there.

Even though not all other European countries have that specific resource as an option, perhaps using the permaculture principle of utilizing whatever is renewably available may be the exact mind-shift that the continent as a whole needs to follow.

In the U.S. solar and wind deployments hit new records during the last few years and there is solid momentum behind the global energy transition among many other countries on the planet. According to a 2021 report by The European Green Deal Commission the continent generated 38% of electricity from renewables in 2020, compared to 37% for fossil fuels. So, a rapid diversion of funds from the Putin energy sector into the renewables industry would definitely help.

However, the issue in Europe does not seem to be just an electrical one, since all the figures point to them being way ahead of everyone else on the planet in that regard.

Allowing grid-tie feedback of excess electricity produced by residents is one thing that can boost installation figures. This is a policy practice that helped boost Germany into becoming the first country to have a 100% solar-powered day.

There’s also no doubt that looking to developing countries for solutions could help the continent get over some issues which have already been streamlined.

As an example, during the early days of mass solar power adoption in Europe, the reality was that the South African population just did not have enough investment resources to deploy solar photovoltaic to the whole country. At the same time, there was already sufficient interest in the technology.

There is however one low-tech solution that has been unrivaled in its success – solar water heaters. The laws have changed around the Solar PV grid-tie in the country, so rollout of that technology is happening too. However these days the low-tech Solar Thermal Geyer units are used for more houses than not, and all new houses are required to have them. They have also been shown to cut electricity consumption by way more than half on most homes, even in the winter months.

This could be just the thing to give the European continent the capacity boost it needs to make the all-important leap into a renewable energy security situation by this winter.

Even the US Government under the leadership of Joe Biden is now awake to the potential of electric cars to get the world off fossil fuels. During a press briefing in November 2021, vice-president Kamala Harris announced a plan for the rapid installation of 500,000 electric vehicle charge points. The idea is to make both long-range and neighborhood driving in an EV more accessible to people as the technology becomes more affordable and available.

While people in general usually have an aversion to anyone mandating that they do anything, we can look to incentives as a viable option to get more support for this technology. With the availability of electric cars being higher than ever before, new products and even more concept models are being released to the public, almost every week it seems.

Rolls Royce has even begun to shift its business to become the world’s premier electric airplane company. So, beyond the energy need for electricity and water heating being very possible to achieve with renewables, it’s clear that even the most traditional companies have begun to make the full shift from fossil fuels to a clean green economy.

Ironically, South Africa and many other countries could all follow the USA on this one. Tax credits could be given to anyone ordering or purchasing an electric vehicle, fully EV models get a whopping $7,500 back, as per a report by Electrek. And, plug-in electric hybrids get variable amounts depending on a number of factors including what battery capacity the car has, as well as how efficient is the range extending petrol-engine.

Plus once you factor in the mountains of cash saved from not having to visit a fuel pump every time you want to go somewhere. Even if you are paying an energy utility for your electricity, the amount left over would definitely be enough to install a solar water geyser, if not a full solar PV system and micro-wind turbine on your home.

So, How Does Europe Deploy Such a Plan?

We are looking at the problem being the solution.

There are good green jobs for residents and refugees, and lots of them. While many of these jobs will require skills and training, there are plenty of people with the know-how to do the work and assist with the required development of skills.

There has even been a call from numerous leading environmental groups, including world-renowned author Bill McKibben of 350.org who issued this statement in support of Ukraine, ‘Heat Pumps for Peace and Freedom’!

“New technology—affordable and workable—means Europeans can heat their homes with electricity instead of gas.”

He writes: “And if we wanted to we could before next winter come, help enormously in this task. President Biden should immediately invoke the Defense Production Act to get American manufacturers to start producing electric heat pumps in quantity, so we can ship them to Europe where they can be installed in time to dramatically lessen Putin’s power.”

When the world has been taken hostage by a dictator who thinks he can rely on the world to keep buying his gas and oil, we need to look at all the possible options for creating a safe, healthy world.

Nick Szymanowski has a passion for everything to do with renewables and sustainable living. He has worked on many marketing projects and has developed a niche writing about these topics.
Previous How The War In Ukraine Could Turn The EU Into A World Superpower
Next Popular Pill Acts as Food for Cancer Cells