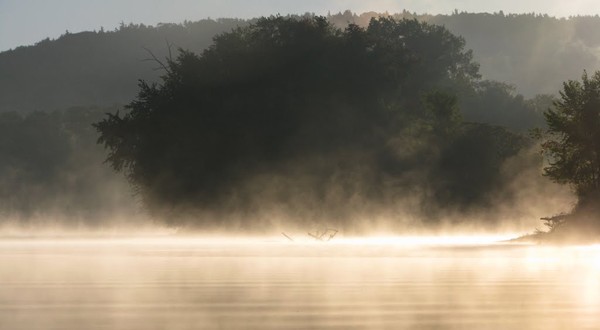 In recent days and weeks the liberal consensus on which the post-apartheid order was founded has been burnt away like morning mist giving way to the heat of the rising sun. From our liberal universities to the streets of Durban and Johannesburg, liberal values have been spurned. This is not a new phenomenon. When popular organisation arrogates for itself the right to occupy land outside of the mechanisms endorsed by the state and the market, or when the ANC mobilises against a painting, or uses torture and murder as forms of social control, we are not in a situation in which liberalism is hegemonic.

Liberalism Assumes its Own Virtue

Our response to this reality needs to take seriously the evident reality that liberalism, which has never escaped its roots as a philosophy constituted around a primary distinction between the presentation of some people as civilized and others as barbarous, is not an adequate matrix in which to think through our crisis. For instance liberalism moves from the position that popular illegalities, such as the appropriation of land or services, are criminal. This failure to grasp that liberalism assumes a moneyed subject quickly leads to complicity with coercive and violent responses to impoverishment, whether by the state or private power. It also leads to complicity with the systemic exclusion of people who have been impoverished from equal access to the courts and the public sphere. Liberalism, as we have seen at our universities in recent days, also tends to assume its own virtue, and the virtue of its institutions and to present challenges to its hegemony as irrational, authoritarian and anti-social.

Many responses to the current moment are grounded in the sorts of conceptual confusion that make a rational debate impossible.  In some cases black people raising, in the most rational and lucid manner, their experiences of racism in universities have been cast as irrational, bullying, and even well on the way to terrorism and genocide. There have been cases where black people, of various ethnicities and nationalities, asserting their full and equal humanity against the kinds of racism entrenched in liberal institutions have been compared to xenophobic mobs. When the ANC organised a march against xenophobia in Durban some of the statements from party leaders conflated xenophobic attacks with land occupations and expressed opposition to both as if they were two sides of a single phenomenon.

It is not a bad thing that our public sphere is fractious. On the contrary the appearance of consensus is frequently predicated on the suppression of dissent. Given the violent and exclusionary nature of our society, and the evident inability of our leaders to resolve even the most basic elements of our unfolding social crisis, it is essential to enable the expression of dissent and debate. But the degree to which our public sphere, with its various spaces, is characterised by easy recourse to old dogmas, easy sloganeering, casual insult and, within the left, routine recourse to egregious dishonesty, is unhelpful.

Our problems are profound and the sort of political fantasy that assumes that the revolution, however imagined, will just arrive like a thief in the night, and that careful debate and discussion is a bourgeois distraction is fundamentally misguided. From the land occupation to the university effective political engagement is always grounded in serious and collective processes of deliberation. In some spaces working out conceptual clarity and political principles may be rooted in conversations that orbit around books, in other cases that work may be more closely tied to deliberative practices grounded in reflections on shared experiences in which ideas garnered from books are not absent but are often not central. But there is no sustained emancipatory political intervention without serious and collective intellectual work.

When Those Oppressed Become Oppressive

Across space and time, there are numerous instances where movements organised in the name of the people and in opposition to oppression have, themselves, become deeply oppressive. To take just one contemporary example, the Hindutva movement in India presents itself as an attempt to restore a primordial community disrupted by foreign domination, but is profoundly chauvinistic and deeply complicit with the most rapacious current in global capital. But it is equally true that all of the most basic principles of a decent society – such as equal rights for women, the right of workers to organise, the right of people to elect their leaders and so on – were won in struggle. This reality means that the struggles within struggles are of vital importance as is the need for all struggles to sustain spaces for open discussion and careful reflection.

As attempts to capture the ruling party from above and from below with a view to subordinating it, and the state, to private interests escalate it is undergoing rapid changes, and losing the capacity to reform itself. There is, at the moment anyway, no social force that has the capacity to effectively arrest the slide of the ANC into outright predation and repression. There is also no social force that has the capacity to subordinate capital to society, to assert the land as a common treasury for all, or to create institutions that can enable social flourishing. If we are to avoid a future that is exclusionary and violent and in which the middle classes, black and white, retreat to gated communities and try to get what they can before getting out, or at least getting their children out, we are going to have to build new social forces.

Decline of the ANC

The social and political ferment emerging around the ANC’s decline and the escalating crisis is hugely diverse. In many cases there is important diversity within single organisations. For instance the Economic Freedom Fighters (EFF) include an intellectual as gifted and thoughtful as Mbuyiseni Ndlozi as well as an individual as appalling as Vusi Khoza – convicted for participation in xenophobic violence in 2009.

Diversity of Response to the Current Crisis in South Africa

When the liberal consensus that dominates some of our elite spaces, and which retains considerable power in the elite public sphere, presents all construction of power outside of liberal institutions and norms as expressions of a single assault on reason and democracy it becomes a serious barrier to rational engagement. It is only when we understand the diversity of the responses to our crisis that we are able to take rational positions with regard to it.

There are people who occupy land and organise, sometimes at real personal and organisational risk, against xenophobia. There are people that oppose the enduring racism and coloniality of some of our universities on the basis of deliberative process that produce eminently rational and lucid arguments. There are also people that are seeking to tie the struggle for inclusion to grossly and at times violently chauvinistic modes of politics. There are also positions against colonial culture that are entwined with authoritarian and chauvinistic modes of politics.

Our future will be forged in the ferment happening outside of liberal institutions and norms. It is imperative that this space, this radically diverse space, is engaged on the basis of evidence and reason. Those who simply shriek against what they imagine to be the barbarians at the gate are doing us all a major disservice.

Dr. Richard Pithouse teaches politics at Rhodes University where he teaches contemporary political theory and urban studies and runs an annual semester long post-graduate seminar on the work of Frantz Fanon. He writes regularly for The South African Civil Society Information Service. A nonprofit news agency promoting social justice.
Previous Future for Progressive Politics in South Africa
Next Students to March to White House in Support of ME Patients