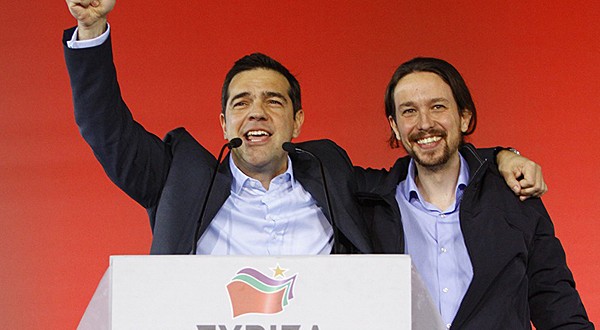 As Latin America’s Pink Tide sweeps across Europe, what are the prospects for a more progressive brand of politics in South Africa?

Numsa, the radical metalworkers’ union, is in fact hosting a Conference for Socialism this very week to determine whether the ground in South Africa is fertile for the seeds of a socialist future to be sown.

Numsa took the bold decision to break labour’s pact with South Africa’s corrupt political elite at their December 2013 Special National Congress (SNC) by announcing plans to launch a new political movement, a Movement for Socialism, which could potentially become a political party, alongside a parallel grassroots movement, a United Front, aimed at building stronger links between labour and community struggles to jointly identify solidarity campaigns and crusade for the realisation of the Freedom Charter.

The media as well as commentators on the left quickly dubbed Numsa’s Movement for Socialism, a “Workers’ Party,” despite the trade union repeatedly making cautious statements about the enterprise being very exploratory in nature. Meanwhile Numsa’s extremely cautious stance on the so-called Workers’ Party has fuelled scepticism about its confidence levels.

Be that as it may, South Africa’s left has been full of anticipation for a new brand of progressive politics ever since Numsa’s December 2013 announcements. The idea of a Workers’ Party appears to have taken root, in large part, because South Africa’s leftists covet an alternative political party to challenge the ANC.

In the early days of Vavi’s suspension from Cosatu, some even speculated that he might be the perfect candidate to head the party.

The palpable sense of optimism on South Africa’s left can also be attributed to the Pink Tide that washed over Latin America in the past decade, putting a number of leftist governments into power, alongside a more recent Pink Tide starting to stream over Southern Europe. This is evident in the success at the polls of Greece’s radical leftist coalition party, the anti-austerity political party, Syriza, headed by Alexis Tsipras, which won the country’s general election in January this year.

In Spain, Podemos, a leftist party, which emerged out of the Indignados anti-austerity movement and is headed by a core of leftist academics, has enjoyed a spectacular rise in its first year. Launched in January 2014, Podemos has grown to become Spain’s second largest political party. When the party was just four months old, it won more than a million votes and five seats in the European Parliament elections. It is the favourite to win Spain’s 2015 General Election later this year.

The leader of Spain’s Podemos party – the charismatic Pablo Iglesias who has massive pubic appeal – is a scholar of radical Latin American politics. Could Numsa, who are known to be undertaking international study tours and hosting socialist symposiums that include the participation of international socialist parties, emulate Podemos’ success?

Promise of Political Change in SA

The onset of 2014 looked particularly promising for far-reaching political changes to start taking root in South Africa. Those were heady days for opposition politics across the board. It was an election year and many believed that the blight of Marikana alongside President Zuma’s Nkandlagate scandal would surely lead to losses at the polls for the ANC in the country’s fifth General Election.

However, South Africa’s left as well as the liberal middle class voting bloc (predominantly made up of white, Indian and coloured voters) were in for a rude awakening when the ANC pulled off a decisive win at the polls coming very close to maintaining its two-thirds majority. Thus, dispelling any notion that the ruling party could be challenged at the polls any time soon.

What ensued was a great deal of head scratching. Analysts were confounded by the fact that despite widespread dissatisfaction with government’s poor service delivery record, the anger on South Africa’s streets somehow did not translate into ANC politicians being taught a lesson via the ballot box. At the end of the day, it turns out that identity politics remains an important dynamic driving black voters to the ANC.

For the left, this raises a variety of questions about how to capture the imagination of the marginalized majority. Meanwhile, the overall confidence that Numsa demonstrated at its 2013 SNC has been noticeably toned down.

In fact, since the idea of the United Front was first publicly introduced, its official launch has been delayed more than once. United Front spokespersons that are regularly invited to speak at scholastic and civil society gatherings repeatedly use these occasions to dampen expectations about what the front can and will achieve in the short to medium term. While far from stalled, the front initiative is evidently hamstrung by the fears of its leaders who may be quietly realising that the constituencies they are working with present a unique set of challenges.

Previously hyped launch events have all turned into consensus gathering forums, during which Numsa negotiates its way through South Africa’s formal community constituencies looking to establish partnerships with a disparate bunch of issue-based social movements either directly accountable to or supported by NGOs accountable to philanthropic donors with liberal democratic and human rights agendas far from the socialist ideas that Irvin Jim, Numsa’s general secretary, has been propagating.

Formalised grassroots organising in South Africa predominantly takes place via issue-based social movements seeking to address service delivery grievances under the umbrella of advancing socio-economic rights to deepen democracy. This is not the same as political mobilisation around a new set of values to restructure society and transform it such that its gains are spread more equitably. It’s certainly not about spreading the message of socialism. The issue-based social movements that participate in Numsa’s United Front do not have a mandate from their donors to have this conversation with their constituencies.

Progressive Politics in Latin American and Europe vs SA

So while Latin America’s Pink Tide and its influence over politics in Europe has understandably awestruck South Africa’s left, this country is a long way from any form of radical politics capturing the imagination of the masses and/or translating into rapid successes at the polls, as is the case in Greece and Spain.

It’s not just Numsa’s structures that present challenges, but the South African public, which presents its own set of problems for political education and mobilisation.

The technology gap and the social conservatism of the poor in the South are two important differences to consider between South Africa and Europe when thinking about prospects for transformation.

The Indignados movement brought millions of tech savvy youth out onto the streets who, even after the disbandment of their street camps, were able to remain connected via social media platforms on the Internet. Technology continues to play an enormous role in the rapid success of Spain’s radical politics. Podemos uses Internet platforms to foster a form of direct democracy with its social base, giving people greater agency whilst simultaneously winning more support. In Spain, more than 74 percent of the population is online. Here in South Africa, a recent report notes that nearly 60 percent of South African households lack any access to the Internet at all. The figure for rural areas stands closer to 80 percent.

On the other hand, regarding social conservatism, a recent Pew study into the expansion of religion worldwide argues that Sub-Saharan Africa will experience the highest growth. At the same time, the developed world is becoming more secular. Whilst the left neglects this issue to its detriment, “prosperity theology,” which promises financial blessings to its followers, is growing at pace in South Africa. It poses one of the biggest obstacles to political conscientisation amongst the general public.

The challenges presented by the South African populace aside, Numsa’s internal arrangements for its socialist plans do seem unnecessarily complex. The launch of two separate movements with analogous, but not necessarily easily reconcilable objectives, smacks of political compromise.

Simplicity is key to the success of big campaigns. Numsa’s inability to identify a solid unifying issue that a large number of South Africans can throw their support behind means that it is losing valuable time. Secondly, if Numsa wants to build a socialist South Africa then it needs a clearly defined and very public campaign to dismantle the demonization of the concept in the public’s mind. Thirdly, having a strong leader with massive public appeal is key to political success, as the Podemos example demonstrates. Numsa should set about identifying that person urgently.

As things stand, Numsa’s biggest challenge at the moment is overcoming its own fear of failure.

SACSIS is the brainchild of Fazila Farouk. She qualified with a M.Sc. in development planning from the University of Natal in 1996 and has worked in civil society ever since. Fazila has also completed a Ph.D-level course in social theory at Wits University's School of Public and Development Management, which she passed with distinction. Fazila's experience includes research, policy advocacy and new media. She has written extensively about civil society and development in South Africa.
Previous Labour Rights and Karoo Farmworkers: Can Power Relations Be Challenged?
Next Reason after Liberalism