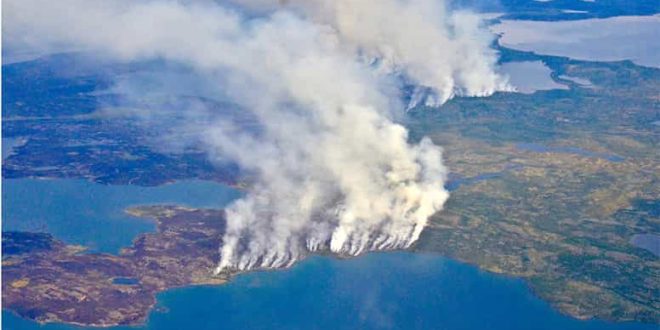 As the global economy rebounded from the Covid-19 pandemic in 2021, increased use of coal caused carbon emissions to soar to the highest levels in history. An International Energy Agency (IEA) report states that emissions rose by 6% to an earth-shattering 36.3 billion tonnes.

The International Energy Agency (IEA) has issued an alarming report that reveals we are simply not reducing our carbon emissions. According to their findings, 2021 was the highest ever for the total emissions produced globally by people on earth.

At the same time, leading scientists have been meeting weekly on Zoom to discuss the situation. The talks have been hosted by international author, Rev. Michael Dowd, who is endorsed by no less than six nobel laureates. The result is a list of inevitables in-line with the UN Climate Change report from January. These are listed at the end of the article.

In keeping with the IEA warning, these need to be accepted if we are going to survive on this planet, and perhaps even thrive as a space-age civilization.

The upliftment of previously disadvantaged nations is a non-negotiable point when we’re discussing how to approach and deal with the issues relating to carbon emissions. According to the UN website on sustainable development, “Sustained and inclusive economic growth can drive progress, create decent jobs for all and improve living standards.”

According to the experts at Civic Ventures, this definitely sounds reasonable but is not entirely true. In reality, it’s just the best argument found to maintain industrialized business as usual.

This small group of “political troublemakers” from Washington State aims to create systemic disruptive change to help improve people’s lives. This includes their role in some milestone laws. In particular, the Living Wage Bill that guarantees at least $15 an hour rather than allowing a minimum wage.

Their argument, backed by a National Employment Law Project report, is that you don’t kill jobs by raising wages. For example, paying restaurant workers enough to eat in restaurants is the best thing to do if you want to have a thriving restaurant industry.

This highlights two key issues with the Neo-Liberal model being used to push fossil fuel expansion and what’s known as the trick in trickle-down economics.

Firstly, for there to be enough resources for the bottom segment of the population to survive, we need to be able to access an infinite supply of instantly available energy.

Secondly, to have wealth distribution governed by “the corporation”, an entity designed to maximize shareholder profit, is like having a socio-path drive the world economic process.

If you want to have a deep dive into the subject, Pitchfork Economics is the podcast for you. They have been recorded by those same folks at Civic Ventures. They also have loads of interviews with experts from around the world.

The most helpful interviews in this situation are probably the ones who are policymakers from countries that have got their energy matrix shifted primarily to renewable already. And a spoiler alert. Those countries are also the ones that make sure everyone has some form of universal basic income, free health insurance, and university education coverage to help better themselves.

Even the World Bank has issued a statement to say that unlimited growth for developing nations is simply not going to happen. This is because there are finite resources on our tiny blue planet in this obscure corner of the milky way galaxy.

Even if there were enough fossil fuel resources to improve the quality of life for all, the current burn rate required will mean the complete collapse of the planet’s ecosystem. Especially when, according to the IEA report, countries like China have had a 10% increase in their national demand for electricity during the past 12 months.

Even though they are holding steady on energy demand, India has had an increase of 4% in their pollution.

Commenting on a NASA study, Tatiana Loboda, a professor at the University of Maryland, points out that “In the last 20 years we’ve had the three largest fire seasons on record for Alaska and that’s happening at the same time that the population is growing.”

The study was commissioned after the arctic circle started burning during 2019. The BBC has been covering these so-called Zombie Fires. Apparently, this really is a post-doom no-gloom apocalyptic world that we’re all living in – where 20th-century business-as-usual is done.

The IEA report has clearly singled out China as the main driver of increasing CO2 emissions.

Between 2019 and 2021, China’s emissions increased by 750 million tonnes. In 2021, these emissions rose above 11.9 billion tonnes, which according to the IEA reports accounts for 33% of the world’s emissions.

India’s coal generation has also reached an all-time high. After a brief improvement, it rebounded hard in 2021 to way above 2019 levels. With coal-fired energy generation being a huge 13% jump above 2020 levels.

Ironically, China’s increase in renewable power outputs in 2021 is its highest ever.

At the same time, it’s worth remembering that there are a bunch of developed nations still spewing particles into the atmosphere. Although the IEA global energy review also shows that these economic world-leading nations have also been driving the installation of renewables – so that our planet has been able to meet to new record highs on sustainable energy as well.

The Union of Concerned Scientists has re-issued a study that shows that the wealthy nations of the world are responsible for most carbon emissions. Originally published in 2008, it shows the top 15 CO2 emitting countries from 1750-2020:

This leading global network of highly accomplished professionals and academics, who use science to address global problems and improve people’s lives, have identified some important data points:

Firstly, the per capita emission for countries that extract and sell fossil fuels are higher than all the others. Quite simply, if you’re in the business of pushing gas or oil, then you are one-half of the problem. Although Elon Musk, Tesla Motors and Space-X CEO, admits that in an emergency using fossil fuels is a viable option, specifically the March 2022 energy matrix.

The only responsible extended use of those resources is for the rapid shift toward a global economy of free-world countries that are powered primarily by renewables.

While the CO2 emission increases in the US, European Union (EU), and Japan have been slightly lower than some of the nations listed above, they are still emitting more carbon than developing countries. Their reductions year-on-year are most likely due to the green energy incentives these nations give to those installing solar and wind on domestic properties. If you browse the IEA website you will see which countries are currently offering tax credits. Another reason may be that they are home to more electric car manufacturers than anywhere else.

The IEA issued an Electric Car report in 2020 that shows demand for the technology way out-paces supply. Production figures in the report show the number of cars delivered every year are clearly in line with carbon emission reductions over the same period.

So, clearly, moving toward a transportation infrastructure powered by renewable energy is one of the most important factors for motivating emission reductions. However, we need to remember what the leading scientists are telling us about the reality of this situation.

When looking ahead to what needs to be done, the scientists meeting via Zoom say, deeply adapt to reality! We must also acknowledge Sustainability 101: Indigenuity is not optional. This is a video released by Michael Dowd in 2020, that is one of a series in the Post-doom (Collapse & Adaptation) Primer.

According to the IPCC Assessment Report on Climate Change, there are many things we can do to re-align our lives with the critical shifts in consciousness required right now. This requires an exploration of the fundamental differences between genuine sustainability and the delusional green-washing of corporations attempting to fix real issues with TV adverts.

Michael Dowd introduces the 10 inevitables saying: “Confusion and collective insanity reign without a life-centered view of ecology, energy, and history. Enthralled by gee-whiz technology, and blind to ten collapse-related inevitabilities, we stumble into a future of ecological and societal certainties that most people cannot see, or will vehemently deny.”

Perhaps it is worth remembering the poignant story of The Man Who Planted Trees by French author Jean Giono. Because if you are told the world is ending, and that the messiah has arrived, it’s worth first planting a tree, and only then going to see if the story is true.

This course of action truly does seem like the only pro-future, soul nourishing path. However, anything we do to help life thrive on this planet is good, whatever is being sold!

Nick Szymanowski has a passion for everything to do with renewables and sustainable living. He has worked on many marketing projects and has developed a niche writing about these topics.
Previous Checkers Sitari the first SA supermarket to run on renewable energy
Next Solar Efficiency Breakthrough