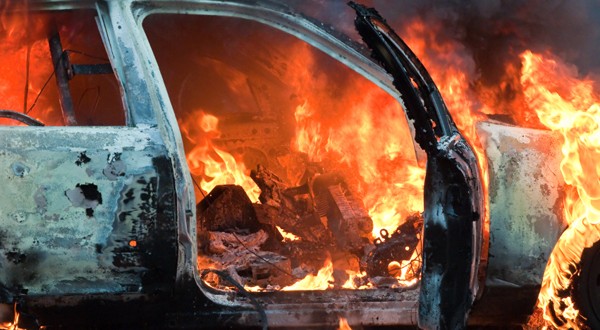 The Anti-Politics of Terrorism

In the wake of the recent attacks in Sydney, Paris and Baga, it’s a word that’s been on many people’s lips. After the Charlie Hebdo attack in Paris, some have argued vehemently against trying to explain the context in which terrorism arises as an attempt to be ‘soft’ on terrorism.

Yet at the same time, it cannot be denied that the word terrorism is politically loaded. To name an attack as terrorist, rather than purely criminal, is to call on the most extreme powers of the state to respond, and there are signs that these powers are being used to stifle political dissent and not just fight terrorism.

For decades, governments have conflated revolutionary acts with terrorist acts for self-interested reasons. Yet when they themselves engage in acts of violence against civilians, they are usually not held to account for state terrorism. This means that the term is inherently one-sided.

These realities have led Arundhati Roy to argue, “Anti-terrorism laws are not meant for terrorists; they’re for people that governments don’t like. That’s why they have a conviction rate of less than two percent. They’re just a means of putting inconvenient people away without bail for a long time and eventually letting them go.”

Furthermore, the US government, especially, has used the term to expand its control over more parts of the globe militarily, while turning its expanded spy machine inwards to control restive populations domestically. Other governments have followed suit. The militarized foreign policies of the five eyes states, that target Muslim populations in the main, have laid the basis for a backlash that they are increasingly unable to control.

Use of the Word Terrorism

In view of these problems, a British Broadcasting Corporation (BBC) executive has argued that broadcasters should stay away from the term, as it is value-laden. In fact, the BBC’s editorial guidelines state that the word ‘terrorist’ should be avoided, without attribution, as it can be a barrier rather than an aid to understanding.

So what should a socially just response to terrorism look like? Should it condemn such terrorist acts unreservedly, seek to understand the causes and risk being accused of being equivocal on the problem, or reject the term altogether as being too ideologically loaded in favour of the state and the political class it ultimately serves?

Definitions of the Word Terrorism

Multiple definitions of terrorism abound, but there are some common factors that should be uncontroversial. Terrorism involves the use of violence or threats of violence for ideological purposes, to coerce people to act or refrain from acting in particular ways, but that excludes legitimate struggles by national liberation or anti-colonial movements.

There is an ethical problem with terrorism, in that it is often indiscriminate: it attacks, maims and even kills innocent victims with very little consideration for who they are or what they think as individuals. Some may be combatants, though, such as Jordanian pilot Moath al-Kasasbeh, who was burned alive by the Islamic State (ISIS) last week.

Apart from the fact that acts such as these display a despicable disregard for human suffering, they also hold individuals responsible for the conduct of the state machine and the political class it serves. For these reasons, politically conscious people should have little trouble condemning terrorism on ethical grounds.

This is not to say that there should never be a time and a place for violence: to that extent, pacifist attempts to raise non-violence to the level of a general principle are problematic. Such arguments often choose one form of violence (namely state violence) over another (namely civilian violence), without declaring that they are doing so openly. In certain contexts, violence through armed struggle is the only ethical response to a particular social order: but violence of a terrorist nature cannot be condoned on this basis.

Then there are political problems with terrorism. Terrorism emphasises spectacle at the expense of mass politics, which encourages apathy. In assuming that existing social change can be brought about through individual acts of violence, terrorism fails to identify the social force that is most likely to bring about meaningful change.

In capitalist societies, these social forces are most likely to be the organised working class in alliance with mass-based community organisations and the unemployed. This is because these social groups have the most to gain from a more just and equal society. By identifying individuals as the enemy, rather than a particular social order, terrorists will never have the capacity to change how power is organised in society.

To that extent, terrorists display a tactical weakness, in that they appear unconcerned with winning mass support for their ideas. Quite apart from the unprincipled nature of terrorism, their utter contempt for mass politics leaves terrorists with a social base that is far too narrow to ever make terrorism a meaningful form of politics.

Terrorism can never replace the need for mass work. It downplays collective responses to oppression and exploitation, and undermines the need to build confidence to overcome them. Terrorism is actually an admission of the powerlessness of those who resort to it. Unable to win their demands through more cogent means, they resort to spreading psychological anxiety.

Terrorism is a form of anti-politics. It can scare off potential supporters, who themselves fear being injured or even killed in an attack: to that extent, terrorism can have a profoundly demobilising effect. Terrorist organisations are often (not always) ideologically hidebound, subscribing to reactionary views that should have no place in transformative politics.

However, not all organisations that have used violence, including against civilians, are of the same order politically. Some have had emancipatory programmes, and these organisations must be distinguished sharply from the regressive politics of a Boko Haram or an ISIS.

The most difficult questions arise in contexts that are so repressive, and where warfare is so asymmetric, that it is practically impossible to wage open political struggles. It is simply too easy to call for those who are subjected to oppression to be the nice guys, while state violence against them continues unabated. But even then, the ethical and political problems that these forms of struggle raise do not disappear entirely.

There are practical problems with terrorism as a form of political struggle, too. Terrorist organisations are also susceptible to infiltration by security agents because they are usually, by their very nature, secretive. Such infiltrations are much more difficult in mass organisations that practice open politics, which makes these organisations more resilient as they cannot be subverted as easily.

Terrorism also invites highly repressive responses, allowing governments to win consent from their citizens for coercive, rights-limiting measures on the basis that public safety is at stake. These realities make terrorism politically un-strategic.

Terrorism is anti-working class. To this extent, activists should have little difficulty on calling these acts by their name – in spite of how terrorism is manipulated politically – in order to distinguish them from more politically significant and ethically grounded forms of organisation and action.

However, it is also necessary to recognise the conditions that gave rise to terrorism, including the ravages wrought by violent imperialism, as well as the universalization of the war against terror that created the shocking legacy that is Iraq. ISIS is a creation of that legacy. Doing so does not make one ambivalent about terrorism. But it does allow for an historically grounded political response to the problem that rejects a simplistic, binary, George Bush-style, logic of, “You are either with us or you are with the terrorists.”

The growth of terrorism is a testament to the failure of mass politics to deal with the mounting racism and Islamophobia in the world today, especially in the West. Either activists are going to bury their heads in the sand and ignore the backhanded criticism, or they are going to deal with it head on.

It is politically necessary to understand why people who have been alienated by racism and Islamophobia turn to terrorism rather than mass politics, because they could potentially also be brought into mass politics. Ultimately, the only sustainable way to deal with these problems is through mass politics.

Jane Duncan is a Professor of Journalism at the University of Johannesburg. Before that she was Highway Africa Chair of Media and Information Society, School of Journalism and Media Studies at Rhodes University. Jane is a prominent media activist and former executive director of the Freedom of Expression Institute. She has three post-graduate degrees, and has written widely on media policy and media freedom issues.
Previous The Human Cost of Xenophobia
Next New Clinical Case Definition for ME/CFS: Fears It Will Be Labeled “Behavioral Health”