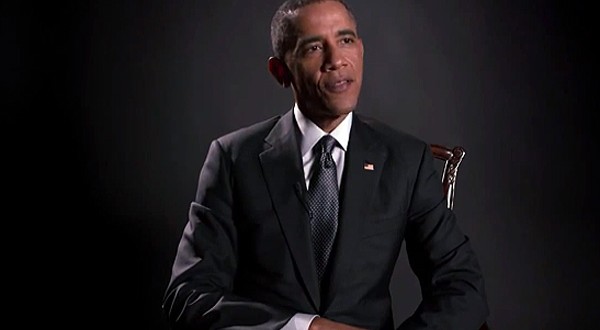 President Barack Obama has been labeled “a President in denial” after stating in a recorded interview (watch below) that the media overstates terror threats. In addition, an Israeli Government Minister has accused the President of ignoring the reality of Islamist terrorism.

In stark contrast, the United Nations (UN) Office on Drugs and Crime Prevention continues to warn that terrorism poses “a major threat to international peace and security,” undermining the core values established by the UN.

Vox, the alternative online general-interest news site with a simple stated mission to “explain the news,” has had media giants reusing and requoting its exclusive one-on-one interview with President Obama, released Monday. Executive editor of Vox (previously known by it’s pre-launch name, Project X) Matthew Yglesias, achieved a coup when he asked the President if he believed the media tends to overstate the threat of terror when compared to issues like climate change.

His question was, did he think the media overstates the level of alarm when it comes to terrorism?

“Absolutely,” answered Obama. But he said didn’t “blame” the media. “If it bleeds it leads,” he said.

“You show crime stories and you show fires, because that’s what folks watch, and it’s all about ratings. And the problems of terrorism and dysfunction and chaos, along with plane crashes and a few other things, that’s the equivalent when it comes to covering international affairs.

“There is just not going to be a lot of interest in a headline story we have cut informant mortality by really significant amounts over the last 20 years; or that extreme poverty has been slashed; or that there’s been enormous progress with a program that we set up when I first came in to office, to help poor farmers increase productivity in yields. It’s not a sexy story. And climate change is one that is happening at such a broad scale in such a complex system that it is a hard story I think for the media to tell on a day-to-day basis.”

He said it was his first job to “protect the American people,” Obama told Yglesias.

It is entirely legitimate for the American people to be deeply concerned when you’ve got a bunch of violent, vicious zealots who behead people or randomly shoot a bunch of folks in a deli in Paris. President Barack Obama

“We devote enormous resources to that and it is right and appropirate for us to be vigilant and aggressive in trying to deal with that; the same way that a big city mayor has got to cut the crime rate down if he wants that city to thrive.”

Fox News headlined its report of the interview: Media ‘Absolutely’ Overstates Terror Threat? ‘Random’ Acts of Terror in Paris? Obama: Portrait of a President in Denial.

The Washington Post’s headline read: Does Obama believe the threat of terrorism is overstated?

After a ceremony at Jerusalem’s Har Menuchot Cemetery yesterday, where a headstone honoring the four victims of the kosher supermarket attack was unveiled, Israel’s Deputy Minister of Religious Services, Eli Ben-Dahan (Bayit Yehudi) lashed out Obama. He told The Jerusalem Post it was impossible the attack had been random since the killer, Amedy Coulibaly had told French television station, BFM-TV that he had chosen the deli because he was “targeting Jews”.

If you close your eyes and pretend that anti-Semitism and Islamist terrorism doesn’t exist it just leads to more tragedies. If you ignore the problem it will come back and hit you in the face and President Obama is ignoring reality. Israeli Deputy Minister of Religious Services, Eli Ben-Dahan

In his statement, Ben-Dahan maintained that the world was “in a very grave situation” when the President of the United States, supposedly the leader of the democratic world, “ignores reality and does not see with open eyes Islamic terror as it really is and how it appears in many places around the world.”

He also criticized Obama’s Middle East policy and was in favor of Prime Minister Benjamin Netanyahu going to the US Congress to talk about the issue.

The whole world will hear and listen to him about the danger of Islamic terrorism and the threat to the entire Middle East that Iran will pose if it acquires nuclear weapons. Israeli Deputy Minister of Religious Services, Eli Ben-Dahan

The Continuing Threat of Terrorism

On its website, the UN Office on Drugs and Crime and Terrorism Prevention states that in addition to the “devastating human cost of terrorism, in terms of lives lost or permanently altered,” act of terrorism “aim to destabilize governments and undermine economic and social development.” Furthermore, because of the constantly evolving, complex nature of terrorist activity, the ability to address this threat is much more difficult that it has ever been before.

Penny Swift is an experienced journalist who has worked on daily and Sunday newspapers in several parts of the world. Her specialties include news, investigative writing, consumer, health, and medical spheres. She has written more than 40 non-fiction books mostly about construction and home-related topics, as well as decorating and landscaping.
Previous Virginia Passes Bill to Rein in Restraints of School Kids
Next Your Visitors are also Targets With The Forbes Hack