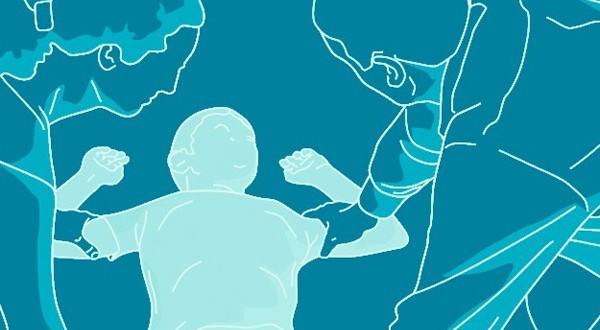 Illustration for ProPublica by Alberto Cairo

Virginia Passes Bill to Rein in Restraints of School Kids

This story by Heather Vogell, written for ProPublica, unearths some of the barbaric practices that are being used today in a country that is supposedly the leader of the free world. The State of Virginia is at least making a move in the right direction to restrict these cruel actions. We will be watching how this unfolds in other States and will report on the progress when we receive updates.

Virginia lawmakers have passed a bill requiring state leaders to set limits on how public schools can restrain or isolate students.

Last summer, ProPublica and NPR reported that new federal data showed the practices – which can include pinning down or tying up students or locking them alone in dark rooms – were used more than 267,000 times nationwide in the 2012 school year. Hundreds of children are injured each year and at least 20 have died as a result.

Our story featured an autistic boy, Carson Luke, who had his hand and foot broken while being forced into a seclusion room at a Virginia public school for students with disabilities. His mother, Heather, testified at a recent state hearing on the bill. She said she’s “tickled” about the legislation “because I can tell Carson that the people of Virginia listened to him and they’re trying to take care of the kids.”

The bill was passed unanimously by Virginia’s House late last week and now moves to the desk of Gov. Terry McAuliffe. It requires the state education board to adopt regulations that follow federal guidelines.

State Board of Education President Christian Braunlich said last month that the board wouldn’t wait for the legislative process to wrap up and instead would begin drafting new regulations in February. “We frankly don’t think we ought to wait on it,” he said.

Virginia’s education department last updated its guidelines on restraint and seclusion in 2009 and encouraged local school systems to adopt similar policies. But the agency did not make its recommendations mandatory.

Nearly a quarter of Virginia’s school systems that responded to a survey last year said they have no policies at all on restraint or seclusion. Fifteen said they did not train staff at all on handling a crisis with an agitated student.

“The parents came forward and said, ‘look, the schools are basically doing whatever they want,'” said state Sen. Barbara Favola, the Arlington Democrat who introduced the bill in the Senate.

“The real sad part of this is the children who are most apt to suffer from seclusion and restraint practices may be on the autism scale,” she said. “These children do not understand why they are being punished and it is not rehabilitative.”

A federal bill seeking to restrict restraints has languished for years. The U.S. Department of Education issued guidelines seeking to reduce the tactics’ use, but made them voluntary. States have passed a patchwork of regulation. As a result, dangerous techniques like facedown, prone restraints – which can cause asphyxiation – are illegal in some places but routinely used in others.

Both advocates and opponents of regulation agree that restraints should rare. But the American Association of School Administrators and others have opposed legislation say restrictions would hamstring school personnel trying to make the best decisions possible in difficult circumstances.

If if you have any evidence at all about this kind of practice we would really like to hear what you have to say. Please feel free to leave a comment below.