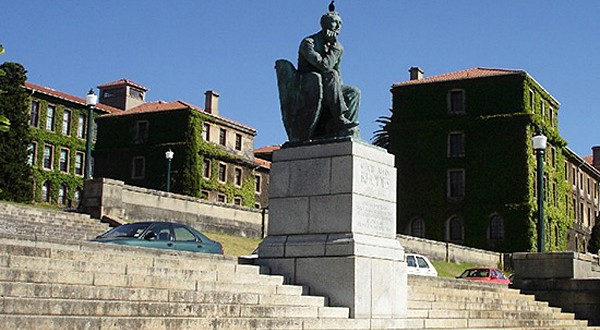 It has taken the University of Cape Town (UCT) 15 years to seriously consider the views of its black students concerning the statue of Cecil John Rhodes.

Way back in 1999, Melissa Steyn and Mikki van Zyl researched students’ experiences of institutional culture at UCT. Their report concluded that participants “are sensitive to the meanings carried by the statues and names of buildings that reflect UCT’s history,” which respondents viewed as constant reminders of whiteness and a celebration of the colonial past.

According to Max Price, UCT’s vice-chancellor: “There has never been any formal consultation or organised discussion on” whether or not the Rhodes statue should be moved. Interestingly, in their report, Steyn and van Zyl express gratitude to “Professor Dan Ncayiyana, deputy vice-chancellor, who was in charge of the transformation portfolio in 1999, endorsed the need for this study to be undertaken and gave the project his full backing.”

It is against this backdrop that this new generation of UCT students are of the view that the time for academic debates is over. To this end, students have organised and have taken part in protests against the statue. The Rhodes statue has been found defaced by graffiti and it’s been reported that a student emptied a toilet on the statue.

UCT has encouraged students to “exercise care in their manner of expression.” Some academics have labelled the protests crude and distasteful. UCT’s Academics’ Union Executive released a statement saying:

As academics, we also believe that contentious and emotive issues are best dealt with through reasoned debate and argument…

Colonialism and Racism the Right Way

Mainstream academics, particularly white academics, often portray themselves as being “outside of socialization,” as being positioned outside the discourse. It is within this context that mainstream academics are regarded by societal institutions as capable of achieving a special kind of objectivity that enables them to talk about colonialism and racism in the “right way.”

As has been pointed out by scholars of whiteness, the “right way” often means not causing discomfort for whites. Those who break the white codes of comfort are penalised accordingly.

A group of black academics at UCT explains some of the strategies used to maintain white codes of comfort in the academia:

Many of the black students the chancellor addressed – brilliant, and brimming with potential – though celebrated as students, are often denied access to academic careers. Code words and phrases such as “potential”, “not yet ready”, and “not UCT material” often make their path from promising black postgraduate to academic colleague an obstacle course, haemorrhaging them out of the PhD-to-professor pipeline.

These black academics further point out that the lack of diversity in the academic staff at UCT has much to do with institutional racism and cronyism.

Steyn and van Zyl concluded in their 1999 report that students found the whiteness of the lecturing staff to be a causal factor in creating many of the problems they experience with the institutional culture.

The solution, according to a group of black academics who are part of TransformUCT, lies in introducing new discourses that take into account the lived experience of black students and black staff at UCT. A colonial discourse that blacks have to grapple with in any “white space” is an idea that views the absence of blacks in powerful positions of societal institutions as what makes a “good” institution.

Black academics at UCT fully understand this notion, and hence they write in their communiqué “under-representation of black people among the academic staff, particularly in the professoriate, is a central hindrance to transformation at UCT. It limits access to the senate and other centres of power at the university…”

Similarly, black students understand that educational institutions that are viewed as “institutions of excellence” are defined through a Eurocentric lens. Hence, a Rhodes University student from a solidarity student movement for UCT students, is of the view that changing the name of her university “to an African name would change the credibility of graduates degrees.”

Rhodes University is also named after Cecil John Rhodes. Part of the colonial legacy in South Africa is the fact that whiteness fundamentally defines mainstream intellectual culture. Whiteness has been defined as a dimension of racism that over-values white people over black people.

Black scholars point out that the cultural dominance of whiteness is typically expressed in the academy through the foregrounding of white academics as the ‘standard’ by which ‘others’ are measured. Newspaper reports show that in South Africa, fewer than one in 10 of South Africa’s university professors are black. The number of white professors at UCT stands at about 87 percent. It is reported that Rhodes University has the highest number of white professors (94.3 percent) in the country.

Interestingly, a student from Rhodes University tweeted that students at the university “question black lecturers’ credentials and make fun of their black accent.” Post-apartheid social and economic institutions insist that black professionals should “sound white” in order to be taken seriously.

What socio-linguists call linguistic profiling and accent discrimination is often utilised to deny blacks accessing economic opportunities and positions of social influence. According to socio-linguists, language markers such as accentedness serve as a symbol for numerous social allegiances such as race and socio-economic class.

The post-apartheid intellectual environment is shaped by a colonial discourse, which equates “sounding white” with intelligence and cultural sophistication. The main function of this colonial discourse is to normalise white privilege and unmerited prestige.

Colonial and Other Discourses

Like the statue of Cecil John Rhodes at UCT, this colonial discourse places whiteness at the centre while other discourses that interpret society differently remain on the margins. Whites in post-apartheid South Africa have unrealistic expectations that colonial discourses, which reinforce and normalise whiteness, ought to be questioned only in a manner that they are comfortable with. Students who are demanding the removal of the Rhodes statue are challenging this mentality. This is very significant.

Mandisi Majavu, a PhD candidate at the University of Auckland, New Zealand, is the book review editor of Interface: A Journal For and About Social Movements. He is the co-editor of 'Visual Century: South African Art in Context Vol 4: 1990 - 2007' (Wits Press, 2011). Some of his work has appeared in the anthologies: 'Real Utopia: Participatory society for the 21st Century' (Ak Press, 2008) and 'Beyond Borders: Thinking critically about global studies (Worth Publishers, 2006).
Previous South Africa’s Weak Green Governance and Virtually Non-Existent Green Politics
Next Rhodes Must Fall