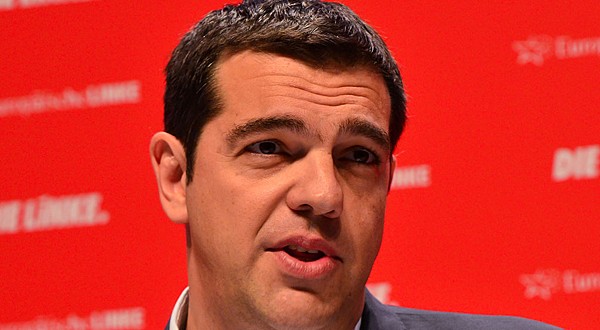 Will the Greek Elections Strengthen the Hands of the Global South?

Now that Greece has the political endorsement to do so, it can quite legitimately threaten the EU with an intentional default.

This week in the Greek elections, Greece elected into power the left-wing political party, Syriza, headed by Alexis Tsipras, who led the party to victory on an anti-austerity ticket, thus rattling financial markets by raising the spectre of a Greek exit from the Eurozone and snubbing the European Union (EU), European Central Bank (ECB) and International Monetary Fund troika of lenders to Greece. As it turns out, I happen to be in Brussels this week, the city where the EU has its headquarters. The word on the decidedly gloomy streets of Brussels is that the Greek election result will have a potentially seismic impact, first and foremost, because it is an endorsement to reject the terms of Greece’s loans with international lenders.

Since the 2007 financial crisis, Greece has held to a public policy that is all about austerity, or in lay man’s speak, cutting back expenditure, freezing hiring, reducing salaries, retrenching workers and shrinking social benefits. Eight years into the fallout from the financial crisis, Greece is tired of being told what to do by its lenders. More importantly, there is a growing and deep sense of shame and humiliation about the perceived loss of sovereignty to international lenders that shaped the election results. For this reason, the Greek election is not only important for Greece but also for any country, including those in the global South, that has sacrificed its sovereignty in the name of concessional loans from international lenders.

The 2007 financial crisis saw the emergence of a hawkish and somewhat patronising consensus on the profligacy of irresponsible elected leaders. The prevailing narrative held that the economic devastation arising from the financial crisis was less about the deception and corruption of the international financial system and more about countries shirking their responsibilities to pay for their mistakes. The PIIGS countries of Portugal, Ireland, Italy, Greece and Spain were lambasted for spending beyond their means with the only recipe for recovery comprising less social spending and increased taxes.

To be clear, Ireland’s population voted for and supported austerity, however begrudgingly, and that is why it worked. In Greece, the electorate is saying they do not want it and for that reason it has no chance of working. So what this is about, more than anything else, is the viability of global lenders imposing governance prescriptions on countries in crisis. In this regard, if Greece successfully pushes back against its lenders, it will open the door to countries from Jamaica to Ukraine to restructure their relationships with lenders such as the World Bank and International Monetary Fund (IMF).

If there is one thing to pay attention to in this emerging space, it will be the politics embedded in the technical. International lenders will assert that this is about irresponsible countries wanting to continue borrowing without having to repay their debts, but this is not at all what is at stake. What is at stake is who gets to decide what needs to be done to fix national economies?

No matter how much economic hawks portray Greece as being an undisciplined and stroppy borrower, what Greece is really saying is that its own leaders and electorate know best how to manage its own economy. The politics then is about whether Greece has the right to find its own solutions or not. Here it is essential to keep in mind that just because Ireland agreed to the need for austerity does not mean that austerity works in and of itself, as testified by the results of this Greek election and the Zombie Italian and Spanish economies too.

Greece owes €240 billion to the EU. Now that Greece has the political endorsement to do so, it can quite legitimately threaten the EU with an intentional default. Put more plainly, with this election result Greece is saying that unless the EU gets out of micro-managing their country, it will not repay the monies loaned. No matter the cost for Greece, even hawks like Germany will do whatever they can to get the country to continue repaying. And in this regard, the Greek elections will also set the tone globally in terms of defining how much power borrowers have.

Herein lies the crux: most of the press places the bulk of the power with the borrowers and has not recognised the power that borrowers have simply because of the size of outstanding loans. There is a saying that goes, ‘borrow R100,000 from the bank and the bank owns you, but borrow R100 million and you own the bank’. If the Greeks are successful at communicating how much power they have, it will create a fundamentally changed global environment in which indebted developing countries will have a much stronger argument to push back on global lenders.

At the same time, if Greece is successfully able to continue borrowing, but on its own terms, it will undermine the assertion that the World Bank knows best. Such a move would fundamentally alter international relations because the real power these international borrowers have is less so in the funds they lend and more so in their almost hegemonic control of the international policy space. More than anything else, the World Bank sets agendas and is an undisputed ‘thought leader’ on the global stage. It attracts the best talent, finances the biggest and most important studies and disseminates its message more effectively than any other global actor. Whether it is climate change or health systems, the World Bank has likely already done the study and controls the best data available to make evidence based policy recommendations.

The Greek election is as much about renegotiating a loan as it is about the supremacy of the international architecture over national, country specific solutions. With the global economy finally starting to recover and the ECB finally answering calls to relax austerity measures in launching quantitative easing, it may very well be the case that there is a reduced appetite to aggressively pursue austerity in Greece. If this happens, it could be an important opening for the global South to push back on the perceived authority and superiority of institutions like the World Bank and International Monetary Fund.

Alexander O'Riordan has worked on aid and development effectiveness for the EU, UN and various governments in over twenty countries. He has recently moved to Cape Town to complete his doctoral studies on the political economy of donor allocations of funding. He writes regularly for The South African Civil Society Information Service.
Previous On Not Reducing Racism to Apartheid
Next The Human Cost of Xenophobia