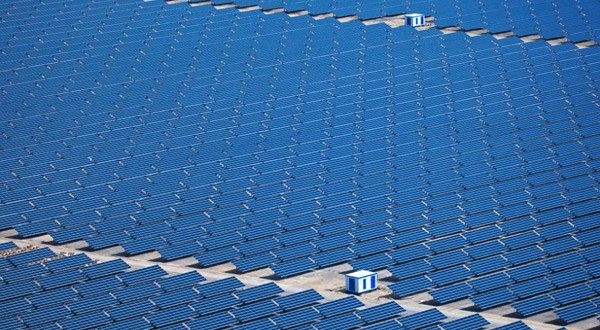 South African citizens should brace themselves for a long journey of troubled co-existence with Eskom’s woes as the country’s energy crisis worsens.

However, citizens with higher incomes are likely to become less dependent on Eskom because they can supply their energy needs through alternative power sources like renewables, solar-water heaters, gas and home-diesel generators. But poorer households that cannot afford alternatives will either have to absorb higher electricity costs or live with reduced quality of life.

There are several factors creating a snowball effect that could not only determine Eskom’s future, but that of the country as a whole.

Shortly after the dawn of democracy, the idea to break-up and sell off Eskom in a privatization programme was touted. Suffice to say, this didn’t happen.

Ironically, the current crisis itself may well lead to selling off parts of Eskom, but the power utility is beset with so many challenges at the moment that private investors are lukewarm to the idea.

But due to past policy indecision, there was also no decision taken to build new power plants, as politicians could not agree about what to do with Eskom.

Consequently the commissioning of new plants was much delayed. Nonetheless, building new plants has proven to be costly despite a cheap loan from the World Bank for the Medupi coal-fired power station. Medupi itself is experiencing delayed start times because of technical problems. Building it has ended up costing triple the originally estimated price. Meanwhile the public can expect plant costs to increase and the power crisis to continue.

First, they produce less power, they break-down regularly and if there are no other plants to take over the shift, so to speak, Eskom has to rely much more on producing extra electricity by running diesel generators harder. In turn, Eskom’s diesel costs have reached R1-2 billion/month. Currently Eskom’s finances are being bled by its diesel expenses and its ability to fund new projects, severely restricted.

There are several consequences of this snowball effect. They may well have deeper systemic consequences for the country’s economy and power supply in the future.

Firstly, the inability to support the country’s electricity demand harms the economy and jobs because any new investments in the real economy cannot take place without security of energy supply. There have been media reports that small firms, in some types of manufacturing, have had to close shop or shed-jobs because of load shedding.

The Hidden Cost of Load Shedding

Load shedding itself presents a hidden cost to society because frequent disruptions can retard economic progress. Without economic growth, the government raises less tax and will consequently struggle to fund new power projects. Our government will probably have to borrow money to fund these projects at much higher costs compared to when the economy was in good shape. At the same time, higher plant and operating costs translate to higher electricity prices.

Secondly, further delays in bringing Medupi into the electricity generation system means that existing plants have to be run harder. In this regard, there is bound to be an increased frequency of power-plant breakdowns. Machines also have limits to how much stress they can take and given that the quality of our coal is declining, coal plants will be hammered even harder.

Furthermore, increased diesel consumption has indirect effects on consumers as Eskom’s demand pushes up the cost of diesel for all consumers. Some of this additional diesel will also have to be imported to meet increased domestic demand due to Eskom’s woes.

Thus, while oil prices are coming down, diesel prices may not drop steeply enough. The effect of this will have to be observed more closely, but the increased cost of diesel will most likely be felt in the food sector. This is cause for concern because poor households spend 40 to 50 percent of their income on food.

There are two scenarios playing themselves out. In scenario one, past policy indecisiveness is leaving Eskom between a rock and a hard place. It has very few options. It can only really increase supply, in the interim, by deploying power-generation technologies that can be built quickly.

This means more gas and renewables, as these plants can be built within two to three years. Gas is a little complicated, as supplies have to be secured through imports. This will take time. However, Eskom ought to be able to build its own renewables plants because it can build these at a cheaper rate than the private sector.

This is so because Eskom’s rate of return for capital investments would be lower. It could attract cheaper money as it already does for its existing wind and solar power programme. Eskom could also replace its diesel use with gas, which may be a cheaper option depending on which infrastructure option is used to deliver the gas to where it is needed.

The problem though is that Eskom is sitting with another set of indecisions. One is related to the problem of nuclear plants and the other is that it needs a substantially bigger cash injection from the state to stay afloat than the R20 billion granted to it by the National Treasury last year.

The decision to go nuclear has crowded out investment for short-term options. Nuclear plants take a very long time to build. They don’t solve our immediate crisis.

And given that Eskom has an unhealthy bank account, government will have to contract private companies to build new gas or renewables plants. Eskom itself has a limited track record with gas and renewables plants, so we are also faced with the problem that it will be on a steep learning curve. Learning-by-doing during a power crisis is not advisable.

The second scenario, which is happening incrementally and will pick up pace, is that large industries, private firms, farmers and rich households will want to opt out of consuming Eskom’s electricity, either entirely or partially, because of the fear of costs and unreliability of supply. Many are already building their own solar plants, have back-up diesel generators and have implemented energy saving programmes.

If storage technologies improve, this will give richer consumers greater options to opt out of the main grid system. Besides Eskom, municipalities are facing the brunt of this shift in trends. The long-term ramifications for municipalities could be constraining as municipalities rely on electricity sales, especially from richer consumers, to stay afloat and cross-subsidise poorer households.

The fracturing of the electricity system into public and private domains is already happening due the crisis created by Eskom. It not only has far-reaching consequences for the economy, but also for the majority of South Africans who may end up with less affordable energy. Eskom too is likely to be stranded with assets that will continue to be a burden on South African taxpayers. Eskom, in any case, is already talking up the need for higher tariffs in future because any snowball effect also increases impending operating costs.

A mixed energy system of multiple-suppliers is a necessity for South Africa. Relying on one supplier is proving to be too risky.

Meanwhile the current situation of fracture by default and lack of policy clarity and co-ordination could lead to an unequal system of electricity supply. It may not lead to an optimal balance between public and private providers.

It seems likely that this division between public and private energy supply will grow with time just as we have seen with so many other things such as personal security, schooling and health.

Those who need energy most will simply continue to be victims of an electricity system that is guided by crisis rather than long-term thinking. The state’s failure is growing the divide in South Africa, not reducing it.

Saliem Fakir is currently active in the sustainable energy field and works for the World Wide Fund for Nature. Saliem has served on a number of boards, and is also on the advisory board of Inspired Evolution One, a private fund involved in clean technology. He has a B.Sc Honours in molecular biology (WITS), a Masters in Environmental Science, Wye College London, and he completed a senior executive management course at Harvard University. He is an independent writer and columnist for SACSIS, based in Cape Town.
Previous How Pragmatism Drove China’s Economic Transformation
Next ME/CFS Research UK Slams Lancet Psychiatry Report Advocating Exercise for Chronic Fatigue Syndrome Sufferers