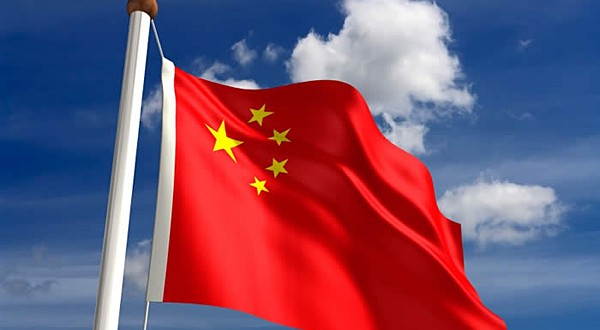 Decline can happen rapidly and all before one’s eyes. Sometimes the response to it can be slow and even result in total neglect. In the case of China’s economic transformation, pragmatism a primary role.

First, there’s generally denial or the inability to speak up. Then there’s some acceptance that things are not going well; and finally there may be a belated attempt at collective mobilisation to tame the rot gripping the sinews of political and economic institutions. It can come just in time or be too little too late.

China pulled itself out of the ashes of war in 1949 after the Communists defeated the nationalists, the Guomintang, and sent them off to Hong-Kong and the island of Taiwan.

Then came the period of ideological consolidation under the Chinese Communist Party (CCP) and the dominance of chairman Mao Zedong. Mao ruled with vigour and authoritarianism. Nothing would pass without his approval or alignment to his doctrine. China’s politics and economy were held hostage by the dominance of a single leader over his party and country.

What followed were several years of disastrous policies. The Great Leap Forward led to a massive famine where close to 30 million people died due to collectivisation policies in rural areas.

The consequence was that the country sunk into economic chaos and hopelessness. Agricultural growth and industrial development were arrested and poverty was widespread.

On top of this, party factionalism, purges that decimated the entrepreneurial, professional and intellectual class, as well as persistent violence in the name of ideology against insiders and outsiders alike, turned a once great civilization backwards and close to economic collapse.

Chinese state institutions were run by soldiers, workers, party cadres or peasants that had no technical qualifications, but were appointed on the basis of their loyalty to Mao and their history with the CCP. Universities suffered to such an extent that the Chinese standard of education was one of the poorest in the world.

To this day, China’s top political echelon continues to brush over the atrocities and excesses of the Mao period.

It’s hard to comprehend this dire picture of China today given its current economic success. But China did turn things on their head with decades of economic growth, some 10 percent of GDP on a yearly basis, from 1980 onwards.

How did all this come to be given the odds stacked against the country?

China’s success is something of an enigma given that it is not a democracy and remains dominated by a one-party state. Indeed China’s success came without regime change or foreign meddling. It came about because a collective of leaders within the CCP could see that change was needed, even under the watchful eye of Mao Zedong. They were willing to take bold steps despite being hemmed in by the claustrophobic confines of CCP ideologues.

While China’s transformation came about through a collective leadership initiative, Deng Xiaoping stands out as one of the key figures in the country’s transformation. Having suffered persecution at the hands of Mao’s feared Red Guards, Deng was banished to internal exile for his independent views. But Mao himself engineered Deng’s return to the fold in the 1970’s. Details of Deng’s fall and rise are contained in an excellent biography written by Ezra Vogel titled, Deng Xiaoping and the Transformation of China.

The transformation process Deng embarked upon, with a core of senior CCP leaders, was to guarantee that the political authority in the hands of the CCP was strengthened while the challenge of economic reform was adopted boldly.

Unlike other communist states that fell under the old Soviet Union, especially after the collapse of the Berlin wall in 1989, China did not follow the route of political reform first followed by economic restructuring. It went the opposite way.

Deng was deft enough to work within the confines of ideology, but also open a space outside of its restrictions. For instance, when Deng needed to establish a long-term economic development trajectory for China, he was able to create a Policy Research Office (PRO) outside of the CCP and state bureaucracy attracting the best minds and bringing back into the fold once banished intellectuals and technical experts to assist with the task.

Later the PRO was disbanded because Deng’s enemies gained the upper hand and Mao’s ear. It did however play an important role in defining China’s industrial development framework as well as rebuilding China’s scientific institutions whilst ensuring that their scope of work also expanded in the social sciences. The national planning model that China continues to pursue to this day, on a five yearly basis, came out of the work of the PRO around 1975.

Necessity Rather Than Ideology the Key to China’s Economic Transformation

The Russian model of planning was abandoned in favour of a uniquely Chinese approach. Planning was not driven by ideology but by necessity.

China is a vast country and resources were being used wastefully. China needed to make budgetary cuts and allocate resources to priority areas for its development. But plans had to be carefully crafted to avoid the stigma of being seen to be capitalist endeavours and be couched as “Mao’s plans”.

At the same time, one still had to deal with Maoist ideological idiosyncrasies like the idea that if you employed more than eight people you were a capitalist exploiter or if your farm produced more than three chickens, you were profiteering.

In any event, the PRO’s five-year plans became the only political means, after China’s State Council approved them, to reign in errant officials and ensure coherence to the programme of implementation Deng wanted to pursue.

Of the four things Deng identified as focus areas for China’s modernization, the development of science and technology was topmost in the list of priorities. China could not embark on agricultural transformation, industrialisation and the modernization of its military without strong scientific and technical capabilities. Deng spent most of his later life ensuring China’s scientific capabilities drew on the experience and knowledge of the most advanced countries in the world to overcome its drawbacks.

Between 1977 and 1980 China also opened channels of exchange with numerous countries and set up special economic missions to visit both western and eastern countries to observe and understand how these countries pursued industrial development and economic reform.

The country China would most draw on for lessons turned out to be Japan; also China’s historical arch enemy given the fact that it was occupied by Japan at various periods of its history. But pragmatism prevailed over enmity. Japan, more than any other country in the world, assisted China not only with expertise but exchanges with its best industrialists, economists and soft loans from the state.

Deng’s transformations included cutting the size of the military personnel, building a state bureaucracy on the basis of merit rather than political affiliations and experimenting with economic reform programmes in two key provinces, Guangdong and Fujian. These provinces were chosen because they were poor, so as to win over the conservatives and ideologues before Deng could widen the process of economic transformation.

Guangdong, in particular, helped to open a southern gateway to Hong Kong and the rest of Asia. Deng knew that because of the proximity of this province to the coast, foreign knowledge, capital and managerial expertise would flow across the border into China, especially its special economic zones. Between 1978 and 1992, two-thirds of foreign direct investment came via Hong Kong.

Deng also relied on Chinese expatriates in the US and elsewhere in the world to either invest or bring their expertise back to China. China could draw on a diaspora of about 20 million people. By the time Deng retired as chairman of the CCP, Guangdong alone was exporting a third of Chinese goods to the world. The entire region saw rapid internal migration, urbanization and low-skill industrial development on an unprecedented scale.

This, in effect, is the story of how China became the world’s factory.

Stark economic realities and mismanagement pushed China’s CCP leaders into a programme of pragmatic economic reforms. But while economic reform is admired in China, political reform will not be so easy. Ironically, economic success has served to entrench the dominance and continued role of the CCP.

These days, a new set of sovereign interests governs the way China and the CCP thinks of itself and its place in the world. China is less married to Communist tenets these days but its economic power is making it more nationalistic and outwardly looking in terms of rivalling the US both in military and economic power.

China, an Example for South Africa?

China may or may not serve as an example for South Africa, yet we cannot ignore the facts of its past and its successful transformation.

South Africa is also entering a period of ideological conflict that will not be settled any time soon. We can learn a thing or two from China about pragmatism triumphing over ideology to make a real difference in ordinary’s people’s lives and change the destiny of a nation as a whole.

Saliem Fakir is currently active in the sustainable energy field and works for the World Wide Fund for Nature. Saliem has served on a number of boards, and is also on the advisory board of Inspired Evolution One, a private fund involved in clean technology. He has a B.Sc Honours in molecular biology (WITS), a Masters in Environmental Science, Wye College London, and he completed a senior executive management course at Harvard University. He is an independent writer and columnist for SACSIS, based in Cape Town.
Previous White Privilege and Oscar Pistorius
Next South Africa’s Energy Crisis: Renewables for the Rich?