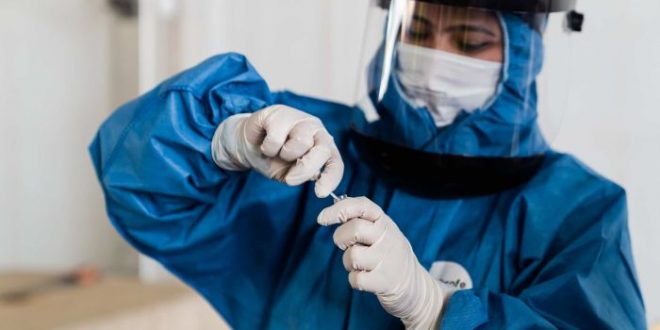 The ACT has recorded its first new case of coronavirus in more than a month — bringing the total number of known cases in the territory to 108.

The new case is a man from Weston Creek in his 40s who was in quarantine after arriving home from overseas recently.

A small number of the man’s close contacts are now in quarantine as a precaution.

Chief Health Officer Dr Kerryn Coleman said she was confident there had been no risk to the broader public.

“The case is, however, a good reminder of the ongoing pandemic and the need for our community to continue to observe physical distancing and hygiene measures, and for people to stay home if they are unwell,” she said.

“The case is also a demonstration of how important it is for us to maintain a high level of testing in the community.”

She said the new case would be recorded as overseas-acquired.

The last case of COVID-19 recorded in the ACT was a woman in her 20s who also caught the disease overseas and tested positive in Canberra on May 2.

Dr Coleman said as restrictions were lifted and the movement of people around the country increased, new cases were likely to be diagnosed in Australia and the ACT.

“The ACT will continue to have a strong and rapid public health response to any new cases,” she said.

The Chief Health Officer urged anyone in the ACT with COVID-19 symptoms to attend one of the territory’s testing centres to be tested.

No infringements issues at Canberra protest

The new case comes just a day after hundreds of people rallied in Canberra for the second day in a row, to support the Black Lives Matter movement and protest against Indigenous incarceration rates and deaths in custody.

Most wore masks and abided by social distancing protocols as the organisers requested.

Similar protests around Australia this weekend prompted calls from politicians and public health officials for people to avoid the protests in order to limit the spread of COVID-19.

But an ACT Policing spokesperson said officers were happy with the Canberra crowd’s behaviour.

No infringements or cautions were issued.