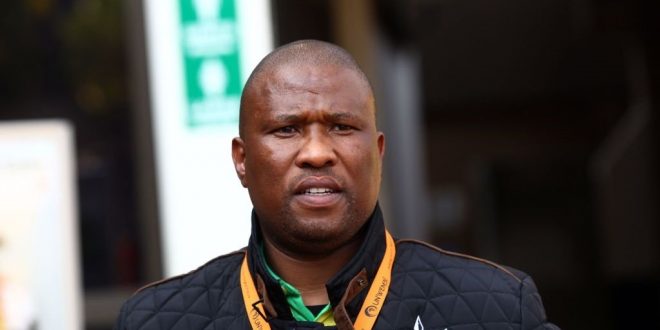 The Eastern Cape province is investing in advanced hospital equipment and has entered into alliances with powerful organisations to bolster its defence against the coming Covid-19 storm.

The Solidarity Fund has pumped in R75m extra to the Eastern Cape for the purchase of crucial equipment for patients requiring critical care, oxygen and ventilation.

The Development Bank of Southern Africa is paying for crucial equipment including beds and ventilators while the US Embassy has donated and installed 10 ventilators at two hospitals, with an additional 40 ventilators to be delivered next week.

The announcement was made by Eastern Cape Premier Oscar Mabuyane in a statement on Tuesday.

A total of eight regional hospitals have been assessed for their needs and were prioritised to be provided with critical care equipment, said Mabuyane.

The province had entered into alliances with the United States Embassy, Development Bank of Southern Africa (DBSA) and the SA National Defence Force (SANDF).

Already, 75 doctors and nurses from the SA Military Health Services have started working at overwhelmed hospitals.

Of the donated ventilators, five were installed at Livingstone hospital in Port Elizabeth and another five at the Nelson Mandela Academic Hospital in Mthatha.

An additional 40 ventilators would be delivered in the next week, said Mabuyane.

Also, the South African National Defense Force military health officials have concluded their quarantine and are active in the field, the premier said.

The Development Bank of Southern Africa (DBSA) was paying for provision of personal protective equipment for the screening and testing units; laboratory services for improved testing and diagnostic of sick patients; 120 specialised isolation cubicles with beds and ventilation systems to prevent cross infection from isolated patients; and for the provision of ventilators for non-invasive delivery of oxygen for patients.

“In addition to this significant contribution, the Solidarity Fund is adding R75m to its earlier allocation to the province. The Solidarity Fund has identified a private partner to fast track the purchase and logistics of delivery of the equipment directly to the designated hospitals. The Department of Health is in the process of ensuring that all repurposed hospital beds for Covid-19 have bulk oxygen storage and reticulation of oxygen points for patients.”

We are now in the middle of the coronavirus storm in our province, and the next two months will be critical for our survival. There is neither an opportunity to retreat nor surrender to the virus. We are taking a forward march to save lives.

As of Tuesday, 52 058 people were infected by Covid-19 in the Eastern Cape while 709 have died of the virus in the province.

Mabuyane also announced that the province had screened more than 2.7 million people and conducted 190 921 lab tests.

Those who showed symptoms and were critically ill, would be prioritised, Mabuyane announced.

“We have introduced changes to testing protocols where the significant exposure, asymptomatic person does not get tested but is required to be quarantined either at home or at state provided facilities. Those who are positive and have severe symptoms are hospitalised for treatment and oxygen support to reduce poor health outcomes. Those with severe symptoms and have clinical signs of respiratory failure are admitted in critical care including non-invasive and invasive ventilation.”

Mabuyane admitted there was a critical shortage of N95 masks and examination gloves in the province’s hospitals.

“Stock levels in our hospitals have shown improvement, bulk orders for gloves, gowns, sanitisers, and three-ply masks have been placed. Health institutions have been instructed to place emergency orders with the depots for aprons, gowns, masks and disinfectants. We have a challenge with sourcing N95 masks and examination gloves and we have engaged the National Department of Health in this regard.”

Previous COVID-19 fails to stop the march of the unicorns
Next E.U.-India summit to launch talks on resuming FTA negotiations