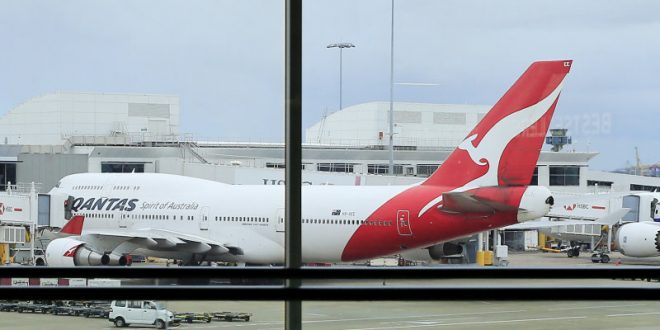 The federal government unveiled new relief measures for Qantas, Virgin and regional airlines hit by the COVID-19 pandemic made up of refunds and waivers of fuel excise, Airservices charges and regional security fares totalling $715 million.

Deputy Prime Minister Michael McCormack said the estimated upfront benefit would be $159 million, which would reimburse the charges paid by domestic airlines from the beginning of February.

“Our airlines run on tight budgets at the best of times and these past few weeks have been particularly tough,” he said. “Providing this assistance not only helps our airlines but also the entire aviation industry, regional
Australians in particular and other industries such as tourism and trade.”

The aviation sector is buckling under the weight of the pandemic, which Qantas chief executive Alan Joyce told staff on Tuesday was “the single biggest shock that global aviation has ever experienced”.

Already, British airline Flybe has collapsed and the Chinese HNA Group – one of three foreign airlines with a significant stake in Virgin Australia – has moved into state hands.

The boss of Airline Intelligence and Research, former Qantas chief economist Tony Webber, warned the worst was yet to come.

“You will see some airlines tip over,” he told The Australian Financial Review referring to international carriers. “There are those that won’t be able to deal with the significantly reduced demand for 12-18 months, which is what I think we will see here.”

A strong airline sector is not negotiable in terms of being a part of Australia’s recovery for the future.

The government’s expenditure review committee will meet again on Wednesday to sign off on the multi-billion package.

As well as the relief from fees and taxes, there is speculation that the government could also offer a line of credit, even though both Virgin Australia and Qantas have in private conversations told ministers they should be able to ride out the pandemic.

The government assistance comes as Qantas cut its international capacity by 90 per cent, up from the 23 per cent reduction announced just last week, until at least the end of May in its latest response to the outbreak.

The airline is also shuttering domestic services by 60 per cent across the same timespan. This means Qantas has grounded 150 aircraft, including most of its wide-body fleet.

Qantas’ cut to domestic operations jumped from 5 per cent, which the carrier said: “reflects a rapid decline in forward travel demand due to government containment measures, corporate travel bans and a general pullback from everyday activities across the community”.

The airline is still working through the specific route-by-route details of the changes on its Qantas and Jetstar brands.

The measures come as speculation rises over whether airlines around the world will survive the impact of the virus outbreak.

Analysts have warned that a large number of international airlines may be forced into bankruptcy by May.

Angus Gluskie, the managing director of White Funds Management, said he expected “more closures and less travel in the aviation industry as a whole”.

He labelled the Qantas capacity cuts “sensible”, though admitted it was hard to be exact. “The volumes they’ve announced appear to align to where the likely demand is in the near term.”

“The question that will remain relates to the duration of the cuts. Those cuts could certainly be extended as the months pass, and the situation develops,” Mr Gluskie said.

Shares in Virgin Australia fell 8.7 per cent to 6.3¢. The question of Virgin’s future has been raised in recent weeks, especially as investors rush to sell debt-financing notes issued late last year at $100. On Tuesday, the notes were trading at $41.60.

Virgin Australia’s management has repeatedly denied it is on the precipice, pointing to the $1.1 billion of cash stored on its balance sheet in its interim results.

Its network of international shareholders – which include Etihad, Singapore Airlines and HNA – could also be tapped for cash. Still, Virgin Australia has so far ruled out this option, and some question the likelihood those airlines would dip into their already stressed pockets to save the historic loss-maker.

Tourism Minister Simon Birmingham, who along with Treasurer Josh Frydenberg, has been talking to the airlines, said on Tuesday that “both Australia’s major airlines assure me that they are viable”.

“They have strong cash reserves and that they have plans to work through these unprecedented circumstances at the present.”

However, the government would offer assistance to ensure they, plus regional carriers such as Regional Express, survive the crisis.

“A strong airline sector is not negotiable in terms of being a part of Australia’s recovery for the future,” he said.

“Of course, they are under immense pressure right now, and they’ve been taking decisions to wind back routes, to be careful about the decisions that they make in terms of support for their employees.

“Airlines are a critical piece of our national infrastructure as well, and so of course, we will continue to engage closely with the airlines to ensure that we have them, for that recovery, in a condition where they are able to scale up as necessary too.”

“Rex does not believe Rex, and all other regional carriers, will be able to pull through this crisis without significant assistance if the health authorities’ projections prove accurate,” Mr Howell said.

“Rex calls on the leader of the National Party to immediately take vigorous, swift and unprecedented actions to ensure that regional aviation, and with that, regional and rural communities, is not completely and irreversibly destroyed.”

Phillip Coorey is The Australian Financial Review’s Political Editor based in Canberra. He is a two-time winner of the Paul Lyneham award for press gallery excellence. Connect with Phillip on Facebook and Twitter. Email Phillip at pcoorey@afr.com

Previous Your guide to COVID-19 and its impact on life in Canada | CBC News
Next COVID-19: What you need to know about states of emergency | CBC News