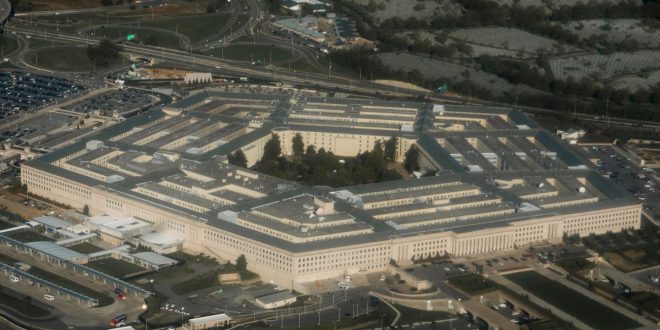 A federal judge just put the brakes on a major military contract after Amazon argued it only lost out to rival Microsoft because the president wanted to “screw” CEO Jeff Bezos.

This injunction marks the latest development in the Joint Enterprise Defense Infrastructure (JEDI) project’s ongoing saga. The contract—an up to $10 billion purchase order to set up cloud computing services for the Department of Defense—was awarded to Microsoft last October after a yearslong bidding period between several tech giants. Amazon, a clear front-runner until the process’s final phase, immediately pushed back with a lawsuit citing “clear deficiencies, errors and unmistakable bias” in the government’s decision.

In a formal motion filed last month by Amazon’s cloud-computing arm, Amazon Web Services, AWS laid out two demands: Firstly, for the court to “pause” work on the project, a request granted by Judge Patricia Campbell-Smith of the U.S. Federal Claims Court with Thursday’s injunction. The judge also ordered Amazon to earmark $42 million for future court costs in the event that the “injunction was issued wrongfully,” per the filing.

The second? Put President Donald Trump himself on the stand, your honor. Over the years, Trump’s publically attacked Bezos (or “Jeff Bozo,” as he’s taunted him on one occasion) on everything from Amazon’s decimation of brick-and-mortar businesses to—now here’s some true irony—avoiding taxes. And, of course, let’s not gloss over his distaste for the Bezos-owned newspaper the Washington Post for its less than flattering coverage.

“President Trump’s bias against Jeffrey P. Bezos, founder of AWS’s parent company, Amazon.com, Inc. (“Amazon”), is a matter of public record,” states a motion from the company that was first unsealed earlier this week. “Even before taking office, President Trump campaigned on a promise that Amazon would ‘have problems’ if he became President.”

In a federal court complaint, Amazon cited Trump’s grudge against Bezos, “his perceived political enemy,” as a contributing factor for the DoD’s “blatant, inexplicable errors” in awarding the contract. Case and point: Amazon claimed that Pentagon officials did not review the company’s most up-to-date submissions for the JEDI project before issuing the award to Microsoft.

Yeah, unfortunately, that second request didn’t fly with the judge. As amazing as it would be to watch two of the most powerful and hated men in the world essentially read each other in federal court, trying to get Trump to personally testify was admittedly a longshot.

Still, Microsoft was understandably “disappointed with the additional delay,” the company said in a press statement to multiple outlets.

“We have confidence in the Department of Defense, and we believe the facts will show they ran a detailed, thorough and fair process,” the statement continued.

In a statement provided to CNBC, the Department of Defense seemed none too happy about the injunction either (the DoD has repeatedly denied that Trump’s vendetta against Bezos held any sway in the JEDI contract’s decision-making process).

“We are disappointed in today’s ruling and believe the actions taken in this litigation have unnecessarily delayed implementing DoD’s modernization strategy and deprived our warfighters of a set of capabilities they urgently need. However, we are confident in our award of the JEDI cloud contract to Microsoft,” DoD spokesperson Lt. Col. Robert Carver told the outlet.