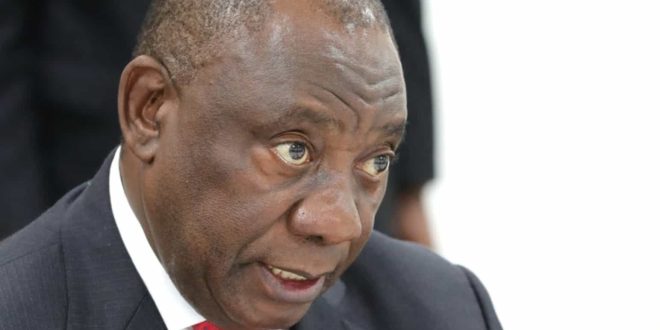 The gross blunder of President Ramaphosa in foreign policy – silencing those in ANC ranks who condemn Russia’s invasion of Ukraine – is going to cost South Africa dearly. Although the US Ambassador to this country says we will reason friends it’s perfectly obvious that the majority of nations look askance at the South Africa that once championed human rights and carried the banner for emergent democracies.

There are those like the American filmmaker Oliver Stone who believe Putin is misunderstood. Maybe so politically. But his savage attack on peaceful citizens both in Ukraine and in Russia brands him as an enemy of civilization. He is a war criminal and an oppressor.

And we are his friends. Why exactly – what historical sentiment or dark deals lie behind our abandonment of principles – is up for speculation. What is not in doubt is that Russia’s military barbarism has flattened Chechnya, Syria, and now large parts of Ukraine. In all three, local independence and popular resistance to Russian imperialism have met the bloody determination of Putinism to restore some semblance of Soviet-era power.

One has to wonder whether the ANC foresees what might happen if Putin falls. Naturally, his entirely corrupt administration is a nice model for South Africa’s criminal coterie who are no more than gangsters extracting protection money. One also has to wonder whether Ramaphosa is making concessions to the RET faction I’m the ANC, handing them the fig leaf of Russian appeasement. They are crooks: is he held hostage to the extent that he must appease them to keep his job?

If Putin fails in Ukraine the predictions are that he will fall at home. Ukraine could be his coup de grace, but then dictators seldom see the end coming before it does. Russia has never been a democracy. South Africa aspires or aspired to be one.

As Ukraine said at the UN yesterday when we tried to bring a motion calling for humanitarian aid – without mentioning Russia – Please save the world from this shameful display by South Africa.

Our so-called liberators have led us into a wasteland of crime and compromises that betray the values of Ubuntu. Where is the pity for the victims of the invasion? Where is the empathy of Mandela and Sisulu?
Oh, Ramaphosa, Oh humanity!

Journalist, Author, Adventure Tour Guide Trainer, longtime Riverman. • Also Professor of Communication. • Author at Of the 3-volume Edge series on SA innovation course facilitator at Institute for the Advancement of Journalism • Former Freelancer at Wildthing Adventures • Former Professor of Communication at University of the North West, Mafikeng • Former Lecturer in Journalism at Rhodes University • Freelance Journalist • Studied at Rhodes University
Previous Solar Efficiency Breakthrough
Next REMOVE YOURSELF! (from the internet)