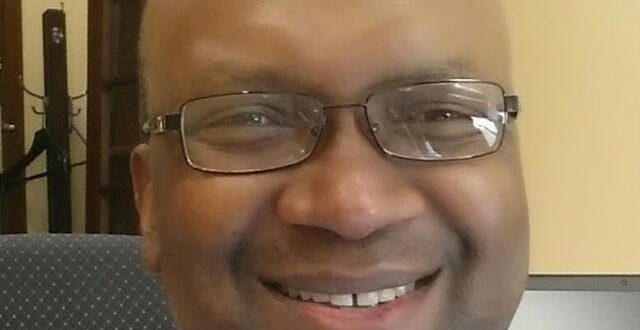 South Africa’s management of the Covid-19 pandemic has shown that
politicians and civil servants know very little about the country they govern.

Their knowledge of the workings of the economy, specifically
its complex interlinkages, as well as how the majority of the people live, falls
far short of what’s required to change South Africa.

A government that knows very little about the complex
interlinkages in an economy cannot make sound economic policies to grow that
economy, let alone change it to achieve certain socio-economic objectives.

Rather, it runs the very real risk of destroying that economy.
That’s because changing the structure of an economy, that is the composition of
its sectoral parts, as well as transforming it to ensure greater participation
by all citizens is a much more complex and tricky undertaking.

As a start, it requires policymakers to know very well what is
it that they have, well before they seek to change it into something else.

Also, a government that knows very little about how its
population lives and makes a living, has no hope in hell of mobilising that
population to stem the tide of a pandemic.

The Covid-19 pandemic has shown that the South African
government – all three spheres of it – know very little about the complex
interlinkages in the economy. Let me pick just one example, informal waste
collectors.

You would expect at least three national government
departments, plus provincial governments and municipalities, to have a keen
interest in informal waste pickers and their activities. They ought to have a
good idea of their role, specifically how they fit in into the waste recycling value
chain. You would expect this from a government that professes deep interest and
desire to change the lives of the poor, especially Africans.

The national departments are Environmental, Forestry and Fisheries,
Small Business Development, and Trade and Industry. Environmental affairs’
interest in informal waste picking is pretty obvious. And so is Small Business
Development’s. Ebrahim Patel and his Trade and Industry officials should know
what happens to the waste: to whom do the informal waste collectors sell it to,
who processes it and to what end. Lastly, does that waste, in raw or processed
form, get exported?

But the way government shut down the informal waste collectors
at the start of the lockdown showed a lack of understanding of their role in
the economy. This, despite the fact that there’s plenty of research that has
been done on the role of the informal sector, including work done by
state-owned entities such as the CSIR.

But when Cabinet
decided to shut down informal waste picking activity, it appears that the ministers
responsible for environmental affairs and small business development didn’t
flag the plight of informal waste pickers and their role in keeping the
country’s environment clean. A more generous interpretation would be that it
simply wasn’t uppermost in their minds.

Government’s
management of the Covid-19 pandemic has also exposed how little government
knows about how South Africans go about their daily lives.

When President Cyril
Ramaphosa threw some tough words at the nation this past Sunday, he showed a
lack of knowledge that behaviour is a complex phenomenon. It is influenced by various
factors, within the individual and beyond. It is a government’s responsible to
understand those factors and develop a toolkit of how it can change behaviour
in times of crisis. Clearly, government went into Covid-19 with no such toolkit.
Nor has it developed any since.

The art
of persuasion

People don’t change
their behaviour simply because government has proclaimed that they must. It
takes a lot of persuasion, and to persuade successfully, government must have a
good understanding of what informs the behaviour it seeks to change. Most
importantly, government must understand what are the barriers to the change it
seeks to bring about.

The very best of activists understood this very well in the
1970s and 1980s. Those involved in the Durban Housing Action Committee, for
example, knew that no speeches and slogans about the racist minority regime
were going to get communities to join the struggle against their oppressors.
Activists had to mobilise communities around their day to day experiences, and
from there demonstrate to those communities how their daily experiences linked
with the broader struggle against the apartheid regime.

The same applies to the fight against Covid-19. Covid-19 is
the big invisible enemy. Messages about flattening the curve or the need to
reduce pressure on the healthcare system make no sense to an average South
African who is pre-occupied with how to feed his or her family. It’s worse for
a South African who has had very bad experiences of the that public healthcare
system.

Today, government officials can learn a thing or two from
economist Wandile Sihlobo. His knowledge and analysis of what’s happening in
the agricultural sector is richer because of the insights gained during his
visits to farmers across the country.

He picks up nuances that are absent from the dry statistics
about the sector, or even better, he picks up things that have yet to show up
in the statistics. Above all, he develops good rapport with farmers.

Jabulani Sikhakhane is Deputy Editor of The Conversation. Views expressed are his own.