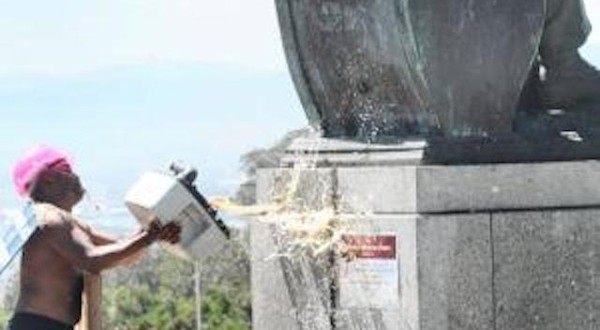 After almost 21 years, affirmative action has not taken root in South Africa and most sectors of the economy, including academic institutions, remain “untransformed”. The most recent Commission for Employment Equity’s annual report noted that whites continued to retain the vast majority of the top positions in South Africa (over 62 percent last year), even though they number less than 9 percent of the population.

Decision makers in government and big business consider reparations to the colonized Black majority a fanciful notion, and they view any kind of redress in much the same light. White trade unions are able to generate much support from the media over their opposition to the gradual introduction of Black professionals into workplaces such as Eskom, even at a slow rate which would see Black engineers and artisans take a full 26 years from the end of apartheid to reach a number inside Eskom representative of Black people demographically.

The Need for Quotas

In fact, quotas are an integral part of meaningful affirmative action. Without quotas, there is no deadline to measure change by, and “the vague concept of diversity eventually replaces any notion of affirmative action as a species of reparations,” says Black Agenda Report editor Glen Ford.

Without quotas, endless statements are made about progressing towards transformation without any proof of this progress being required. Instead, the progress is illustrated by tactics recently referred to by a well-known media personality as “one Black at a time”, or the use of Black appointees as “get out of jail free” cards. These institutions, when questioned on their lack of Black staff, make sure they have one or two Black appointments in high positions that they can point to as proof of “transformation in progress”, when in fact the opposite is true – they are using the presence of these individuals to prevent complaints that they are “doing nothing” – and to keep from having to hire Black people in genuine representative numbers.

Without affirmative action quotas, the “vague concept of diversity” paves the way for an increase in the daily use of institutional racism, not only by employers but by other white people in powerful positions. For example, some clinical psychology masters degree training programmes have traditionally excluded Black honours graduates by allocating 90 percent of spaces in the tiny classes to white students. This although more than 70 percent of all clinical psychologists in South Africa are white, and never having experienced racism themselves, are unable to interact meaningfully with Black clients experiencing racism-related stress.

Without a quota to clarify that Black students need to be trained to fill the gap in the workforce, the decision makers at universities can simply continue to deny Black students entry to the programmes without appearing to be doing anything worse than they have been doing all along. And all along, they are able to talk about how it would be nice to be more diverse without being held accountable for keeping Black graduates out. In this case, there is not even a limited level of redress, which would allow Black students access to the institution.

In the majority of other fields, where there is an abundance of Black professionals, the absence of affirmative action quotas mean that those in power can still advance any subjective reason of their choice to keep Black people out, including the telling of downright lies about Black professionals being virtually non-existent or impossible to find. One organisation I once worked for even avoided appointing Black candidates in its head office on the factitious grounds that they “resigned too quickly.”

Critics of affirmative action quotas have even come up with spurious estimations to justify the absence of Black female scientists in the academy, citing unempirical data to claim that there would only be one such person available to hire every 20 years!

It should be obvious, two decades after the end of apartheid, that there is actually no such thing as an institution or a corporation that is “making progress” towards transformation. There is only a properly representative workforce, or those who continue to practice the institutional racism that keeps Black professionals out of work.

Replacing affirmative action with the “vague concept of diversity” also means that a general tolerance for racism in society increases. Old statues celebrating colonialism, slavery and mass murder become accepted in the public psyche as perpetual exhibits, rather than museum relics. It was seen as so surprising when Black university students smeared faeces on a statue of the man who slaughtered their ancestors last week that some journalists thought it necessary to inform readers that the statue was not harmed by the poo.

It is common for talk of affirmative action quotas to be replaced with talk of diversity. But Ford has pointed out that while affirmative action aims to offer reparations to those who have been wronged, “diversity recognises no such debt to a particular people or to any people at all”. It means that those in power can also redefine racism to suit their goal of perpetuating racism, as the Democratic Alliance (DA) and the right wing trade union Solidarity are doing currently, where the promotion of Black engineers at Eskom is depicted as a devastating loss of white skills, and hence, as racist.

It is tragic to see that those who complain about a lack of affirmative action, and the lack of opportunities available to Black people and racist treatment in general are often singled out as racists.

These purported racists are punished severely, quite unlike the bona-fide racists who are rarely penalised. Scottish cricketer Majid Haq reportedly faces an end to his career after being sent packing from the Cricket World Cup last week over his tweet against racism, which has somehow now become not only a “racism tweet,” but a “racist tweet.” His tweet, “always tougher when your (sic) in the minority! #colour #race” which he composed after not being selected for the team to play Sri Lanka, is of course not racist at all – it is a complaint against discrimination.

Over the last few days, arising from the “poo protest” at UCT’s statue of Cecil John Rhodes, a new hash tag, “#TransformUCT”, has been doing the rounds. The university’s student representative council is set to hold another march this Friday, March 20, and now their demand is no longer just a firm date for the removal of the statue but for “overall transformation at UCT.” Perhaps it is for this reason that UCT has hurriedly announced that it is at last considering the removal of the statue – because to comply with the new demand that they transform the institution is clearly not an option.

Anna Majavu is a writer concentrating on the rights of workers, oppressed people, the environment, anti-militarism and what makes a better world. She worked for the Sowetan from 2008 until 2011 when she moved to New Zealand.
Previous South Africa’s Electricity Crisis: Power to the People?
Next Is South Africa the World’s Most Generous Donor?