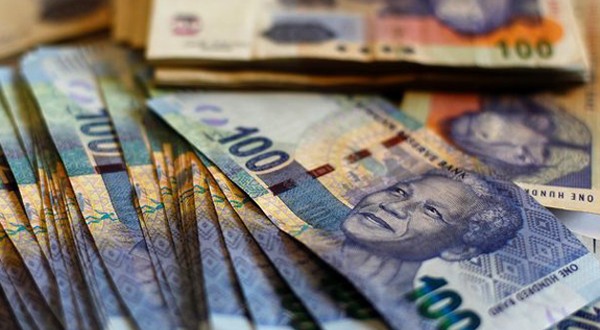 Is South Africa the World’s Most Generous Donor?

South Africa transfers just over R50 billion a year to Botswana, Lesotho, Namibia and Swaziland with no strings attached

The Southern African Customs Union (SACU) is most easily identifiable in Botswana’s, Lesotho’s, Namibia’s and Swaziland’s (BLNS) use of the South African Rand as the basis for their own currencies, albeit through printing their own versions of the rand. The monetary union is now over a century old and the longest standing currency union in the world.

By a quirk of apartheid history, the Customs Union also makes South Africa probably the most generous donor in the world. Peter Fabricius of Independent Newspapers points out that in 1969, the apartheid government took the decision to use SACU to curry favour in Southern Africa. Instead of 99 percent of the customs revenue collected going to South Africa, the distribution formula was adjusted to transfer the lion’s share to Botswana, Lesotho, Namibia and Swaziland. Fifty years later, this has created the perverse relationship in which South Africa now transfers just over R50 billion a year to these countries with no strings attached. R50 billion a year is more than 5 percent of government revenue, which is proportionally more than double the United Nations target. It is more than double what the world’s most generous international donors spend on aid. In terms of sheer volume, R50 billion a year puts South Africa in the same league as international donors, such as Ireland or Denmark.

With South Africa’s most recent budget speech reflecting serious constraints to the fiscus, one would expect more debate about whether the volume of this spending is still in South Africa’s interests. Notably, one cannot help begging a justification for Botswana still receiving this enormous subsidy even though the country’s GDP per capita is a tenth larger than South Africa’s. Similarly while Namibia is not as rich as South Africa, it is far from being a poor country and one that traditional, richer donors struggle to justify supporting with aid. Furthermore, the funding provided is not at all a small contribution to these governments’ budgets.

Why, then, does South Africa not communicate its generosity and try to use its spending on SACU to improve its reputation abroad and in the region in particular?

The obvious problem with drawing attention to the SACU subsidies is that too much attention might backfire in worsening rather than improving South Africa’s reputation. First, from a purely moral perspective, South Africa’s own taxpayers might take serious umbrage to the fact that they are paying for a third of diamond-rich Namibia’s and Botswana’s budget, whilst their own citizens get away with paying less tax than the average South African.

If this sounds like a far-flung possibility, it’s worth noting that the UK government is currently being sued for its alleged complicity in forced removals of Ethiopian farmers from their land. In the case of the UK, it is under legal scrutiny despite funds being granted to the Ethiopian government via the World Bank and that too, conditionally. The legal risks for South Africa would likely be considerably worse as funding is poured directly into government budgets without any conditions or restrictions.

However, right now might be the opportune moment for our government to reprioritise. Instead of focusing on the R500 million a year spent further afield, South Africa ought to be paying more attention to the R50 billion a year it spends next door. Instead of subsidising Botswana and Namibia, our government should gradually wean these countries off South Africa’s teat and use the monies to shore up our reputation in the region. Lesotho and Swaziland must be called to task. Transfers to these countries should be conditional on their improving their democracies and guaranteeing rights and economic opportunities to their citizens.

With South Africa facing its own budget constraints and our economy largely in the toilet, now is the time to rationalise how the government spends the limited resources that it has. There may still be room for us to be the most generous donor in the world, but it seems simply foolhardy to continue in this fashion whilst doing nothing to repair South Africa’s reputation with those that these funds are given to.

Alexander O'Riordan has worked on aid and development effectiveness for the EU, UN and various governments in over twenty countries. He has recently moved to Cape Town to complete his doctoral studies on the political economy of donor allocations of funding. He writes regularly for The South African Civil Society Information Service.
Previous Ambiguous Application of Affirmative Action Leaves South Africa Untransformed
Next South Africa’s Weak Green Governance and Virtually Non-Existent Green Politics