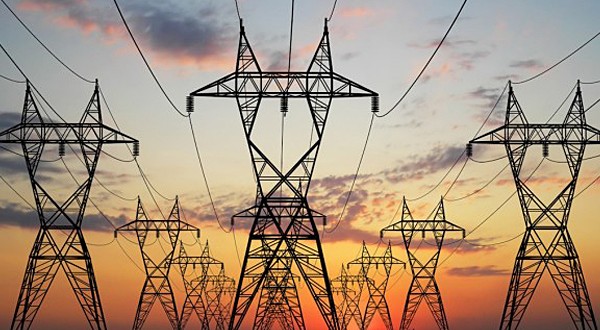 We hear it all the time and many regularly shout it. Indeed, “power to the people” has been a crucial part of South Africa’s political vocabulary for decades, first as the sole preserve of those in the anti-apartheid struggle, but now as an almost generic democratic slogan.

While the slogan has always been largely defined by a macro-frame of political and social struggle, the ongoing and intensified electricity crisis has given a new twist to its meaning and application which raises a fundamental question. Is power (in the form of electricity) really going to the people?

If we believe President Jacob Zuma and his public enterprises minister Lynne Brown, then the quick and easy answer to that question is that since 1994 most all such “power” has indeed gone to the people. According to this line of argument, it is precisely because of the ANC government’s commitment to doing so, as part of a larger effort to deal with the discriminatory legacies of apartheid, that the country now finds itself in a power crisis.

In other words, it has been the roll-out of electricity infrastructure to those – overwhelmingly from the ranks of the black poor/working class – that were excluded from the grid before 1994 which shoulders the primary “blame” for the country’s current electricity woes. To back this up Zuma, Brown and their ANC/government counterparts have continuously cited the fact that since 1994, almost six million additional people have been connected to the grid. While this is true and while it no doubt represents an important achievement, there are several problems with this whole story which crucially undermine the framing argument.

The claim (presented as fact by government politicians and reports) that the roll-out has reduced the percentage of households without electricity from around 50 percent in 1994 to 15 percent at present, is simply not borne out by the relevant statistics.

According to StatsSA’s latest yearly compilation of its General Household Survey (2013), there are 15,1 million households in the country. During his State of the Nation address, President Zuma stated that there are still 3,4 million households without electricity. As the Department of Energy has confirmed, this consists of 1,2 million informal and 2,2 million formal households. One does not have to be a mathematician to quickly figure out the resultant equation; that the percentage of people still without power stands at 22,5 percent. Not nearly as many of the people have power as claimed.

While the 11,7 million households connected to the grid might seem like they represent the largest consumer-block of electricity, the reality is that residential use accounts for only 18 percent of (average yearly) usage. This pales in comparison to the 58 percent consumed by the manufacturing and mining sectors combined.

When broken down into per customer usage on a monthly basis, the size of the usage gap becomes even more glaring. Residential (Homelight) users supplied directly from Eskom consume 0,0007 percent of what large corporate/industrial (Megaflex) customers use. Further, Eskom’s figures show that sales to residential users from 1996 to 2014 increased by a mere 3,5 percent, from 1,5 percent to 5 percent of total sales. As energy expert Dirk de Vos has shown, when placed in the context of “the total increase in electricity supplied to the country as a whole” since 1996, “less than 12 percent of that can be ascribed to the expansion of access to electricity in previously un-served areas.” The expansion of the electricity grid and the resultant distribution and use of “power” is not nearly as much in favour of “the people” as has been made out.

The price that the people pay for electricity, and more importantly by that poor majority which is engaged in a daily struggle just to survive, is far beyond what those who are most able to afford pay. As set against the average cost of electricity (measured per kilowatt hour) across all socio-economic sectors, residential users pay 100 percent more.

When it comes to a price comparison with the manufacturing and mining sectors, residential users pay on average 300 percent more than these power-guzzlers. What makes this class-framed price divide even worse is the fact that almost a third of the power generated by Eskom is sold below the cost of production, with the power guzzlers and international clients being the main beneficiaries. The cumulative result is that not only have the people become the power cash-cows but the cosy, below-cost deals with those who should be charged much more has financially compromised capital expansion requirements.

While the dominant trope of media, public and government discourse and thinking is that poor people are the main defaulters and electricity “thieves” (mostly through illegal connections), the reality is that, by far, the biggest power defaulters and thieves are anything but poor.

Meter audits undertaken by Eskom’s Energy Losses Management Programme have shown that around 65 percent of all energy “theft” in Eskom’s supply areas is carried out by the business, industrial, commercial and agricultural sectors as the result of meter tampering, lack of metering and refusal to pay.  Not surprisingly, Eskom admits that the subsequent financial losses incurred are far greater than those resulting from residential theft.

When it comes to defaulters, it is once again not the people who take first prize. Across the country’s municipalities, the prime culprits are big business and government itself. A few examples will suffice. Last year in the Western Cape municipality of Kannaland a leaked confidential report revealed that big businesses owe the lion’s share of R20 million arrears to Eskom. Similarly, a 2014 report from the Free State municipality of Matjhabeng fingered mines, medium-sized businesses, government departments and those renting state-owned properties as the biggest defaulters. And, even though the 2013-2014 Annual Report of Johannesburg’s City Power failed to mention how much its big business, industrial and commercial clients owed, it did reveal that the yearly debt of Johannesburg General Hospital stands at R57 million.

The picture is clear. Our energy crisis is not the result of successive ANC governments bringing “power to the people.” Rather, combined with extremely poor forward planning, it is the result of bringing less-than-cost power to a very small minority of manufacturing and mining corporates. The crisis has been further exacerbated by allowing those who can most afford to pay, to largely get away with large-scale power theft and non-payment.

It seems like the people need to shout a lot louder. AMANDLA NGAWETHU!

Dr Dale T McKinley is an independent writer, researcher and lecturer as well as political activist. Originally from Zimbabwe, Dale has lived and worked in Johannesburg since 1990. He ran/managed a socialist bookshop from 1991 to 1994 and was a full time activist/educationist with the South African Communist Party from 1995 until 2000 (before being expelled for trying to be a communist.) Dale was a co-founder and executive member of the Anti-Privatisation Forum and remains active in social movement/community struggles. He holds a PhD in political economy/African studies. Dale occasionally lectures at university level, gives regular talks to a wide variety of organisations and has produced numerous research reports and analyses for a range of NGOs, academic institutes and other civil society organisations. He is the author three books and has written extensively on South African and international political economy, socio-economic rights/struggles and liberation movement and community politics.
Previous In Search of a Meaningful Agenda for Human Rights Day in South Africa
Next Ambiguous Application of Affirmative Action Leaves South Africa Untransformed