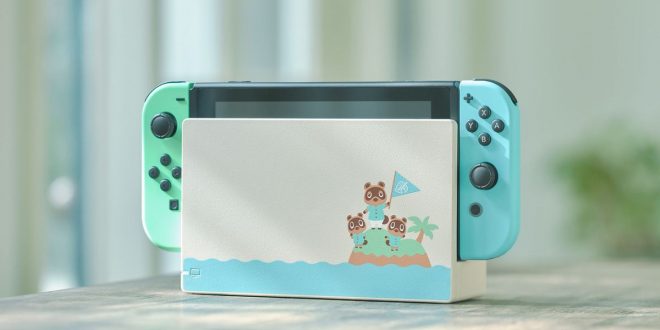 Nintendo Switch sales were up 34 percent year-on-year last quarter as the company moved 3.29 million units, despite acknowledging that production has been disrupted by the COVID-19 pandemic. Animal Crossing: New Horizons was a big sales driver, with 11.77 million units sold as of the end of March 31st.

That’s enough to make it the seventh-best-selling Switch title yet even with only ten days worth of sales data accounted for. Nintendo adds that New Horizons actually sold 13.41 million copies in its first six weeks, though, which likely takes it past Pokémon Let’s Go! into sixth place.

Japanese sales figures had already revealed that New Horizons was a big hit. The game sold more in its first three days than any other Animal Crossing or Nintendo Switch title to date, also pushing Switch console sales to their highest level yet.

Overall Nintendo shipped just over 21 million Switch consoles this financial year, easily beating its forecast of 18 million. The lifetime-to-date figure is 55.77 million units shipped worldwide, exactly 20 million behind the 3DS. Nintendo is now predicting that it’ll ship 19 million Switch consoles in the year ending March 31st, 2021, suggesting it may have hit the peak in the life cycle — unless it outperforms its own expectations again, of course.

Nintendo’s full-year revenue increased 9 percent year-on-year to 1.3 trillion yen ($12.3 billion), but the company is forecasting a return to 2019 levels for the upcoming financial year, predicting sales of 1.2 trillion yen.

“It appears that delays in production and shipping are gradually recovering,” the company says in its earnings release with regard to the pandemic. “However, we may be affected if there continue to be issues involving the procurement of necessary components. In addition, if the impact of COVID-19 is prolonged or worsens further, it may disrupt the product supply.”

Elsewhere, Nintendo warns of lowered demand for physical products due to restrictions on movement and sales channels, while it suggests that development schedules may be impacted if COVID-19’s effects are prolonged and employees are unable to return to the office.

Nintendo’s upcoming software lineup is extremely thin right now, though the company tends to announce major releases in early summer. So far the biggest Switch title on the calendar is a remake of Wii RPG Xenoblade Chronicles set for later this month.