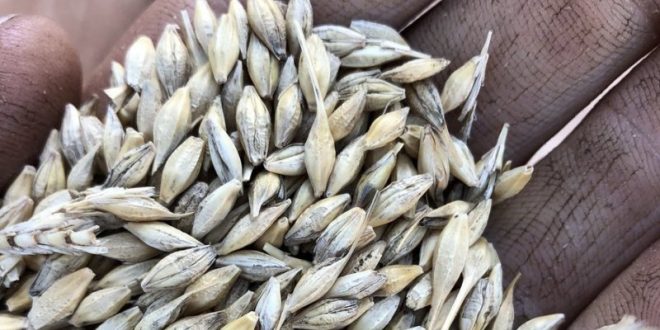 Grain growers are resigned that China will inevitably slap punitive tariffs on $600 million of Australian barley exports, despite reams of evidence being lodged categorically rejecting Beijing’s allegations of dumping.

The Morrison government and industry body Grain Producers Australia have submitted their response to China’s Commerce Ministry rebutting the claims ahead of Tuesday’s decision on whether to impose a 73.6 per cent tariff on barley.

Barley growers face becoming collateral damage amid tensions between Canberra and Beijing over the Morrison government’s push for an inquiry into the coronavirus pandemic, which triggered warnings from China’s ambassador Cheng Jingye that trade ties were at risk.

That threat appeared to come to fruition last week, with both beef and barley exports facing disruption.

GPA chairman Andrew Weidemann said the body had challenged China’s claim over the cost of growing barley, presenting evidence breaking down into rainfall zones the average cost of production, which showed it was lower than Beijing asserted.

Mr Weidemann said China’s arguments were “out of kilter” with the experience of Australian farmers but acknowledged the tariff increase appeared to be a fait accompli.

“We’re a long way back. The ultimate power is in China’s hands,” he said.

“We will be putting it on government to go to the World Trade Organisation and push our case.”

The government is keeping its response confidential to avoid jeopardising Chinese officials’ deliberations, but one issue it strongly pushes back against is criticism that spending on Murray Darling irrigation projects amounts to a subsidy for grain growers.

The government’s submission has been backed by 10,000 pages of evidence and economic and pricing analysis submitted over 18 months after China launched its investigation into barley exports.

“We hope that the evidence we’ve presented to China is compelling and we’re confident that it demonstrates well and truly that our barley exporters in no way are subsidised or dumped their products into the Chinese market,” Trade Minister Simon Birmingham said on Monday.

“But I’ve reserved rights in relation to going to the WTO, because in the end Australia uses the independent umpire where it’s appropriate, and we’ve done so against Canada on wine matters, against India on sugar matters.

“So ultimately, this is Australia simply applying the rules that we all signed up to when it comes to world trade.”

Privately, government sources believe China is unlikely to back down on the tariff threat having elevated it to such a high-profile.

China’s Commerce Minister Zhong Shan did not take questions about the trade tensions with Australia during a press conference in Beijing following complaints from Senator Birmingham he was refusing to speak to him.

“We have communication with Australia,” was all Mr Zhong said when a journalist questioned him as he left the room.

Chinese state-run tabloid newspaper the Global Times said Australian businesses would be “highly dubious” of Senator Birmingham’s encouragement to diversify markets because of the political risks of doing business with Beijing, saying the likely global recession would weigh down demand.

“And if there were other markets Australian companies can sell to, how could they wait for the government to remind them?” the editorial said.

“From China’s perspective, Australia has never been a friendly trading partner, and consultations with the country on trade issues have always been frustrating, which has apparently weakened its motivation to promote bilateral trade.”