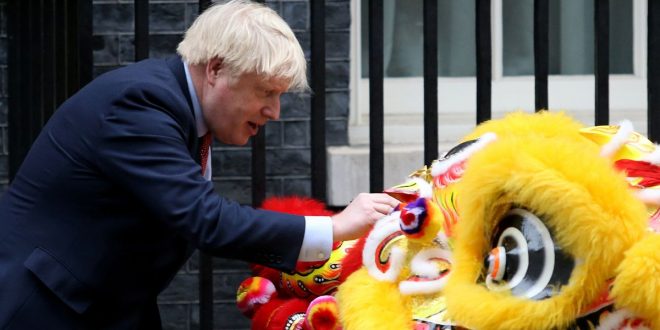 An adviser has blasted Boris Johnson for skipping five Cobra meetings on coronavirus as the outbreak in China worsened and Covid-19 spread around the world.

Amid criticism that it was too slow to act, the Government now faces claims that Britain was in a poor state of readiness, calls to order protective gear were ignored and its own scientists’ warnings fell on deaf ears.

It is feared that the failings may have cost thousands of lives.

The Prime Minister is said to have missed the first meeting on January 24, which lasted an hour, and then four more as the virus became a massive threat to the UK.

Mr Johnson attended his first Cobra meeting about the new strain of coronavirus on March 2 – five weeks after the first one – as the UK had about three dozen confirmed cases.

Have you been affected by coronavirus? Email webnews@mirror.co.uk.

By then, the virus was rapidly spreading inside Britain and the country was well on its way to becoming one of the worst-affected nations in the world.

A senior adviser to Downing Street blamed a failure of leadership in Cabinet – and singled out the Prime Minister – for the “lost” weeks and complacency leading up to the epidemic.

The adviser, who wasn’t named, told the Sunday Times: “There’s no way you’re at war if your PM isn’t there.

“And what you learn about Boris was he didn’t chair any meetings. He liked his country breaks. He didn’t work weekends.

“It was like working for an old-fashioned chief executive in a local authority 20 years ago. There was a real sense that he didn’t do urgent crisis planning. It was exactly like people feared he would be.”

The warnings to the Government were clear but the Cabinet didn’t act fast enough, sources told the newspaper.

The day that Mr Johnson was unusually absent from the first Cobra meeting, he hosted a Chinese Lunar New Year event, led by China’s ambassador to the UK, and the withdrawal treaty from the EU was being signed.

His spokesman said the UK was “well prepared for any new diseases” and Health Secretary Matt Hancock said after chairing the meeting that the risk to the public was “low”.

The UK’s first two cases – in two Chinese nationals who fell ill at a hotel in York – were detected five days later.

The following day, the World Health Organisation declared a global emergency. There were fears the NHS wouldn’t be able to cope if the virus spread through Britain.

Government adviser Professor Neil Ferguson had already predicted an infectivity rate of up to 3.5 – higher than that of the 1918 Spanish flu pandemic which killed as many as 50 million.

Professor Ferguson, whose modelling is guiding Downing Street’s crisis strategy, had sent that report to ministers and officials on the day of the first meeting.

Thousands of passengers were arriving daily on flights from China, including the city of Wuhan, where the outbreak began late last year.

Mr Johnson missed the next four Cobra meetings – all chaired by Mr Hancock – as ministers and other officials discussed the outbreak and the UK’s readiness and response, it was reported.

On February 11, he said the UK should be “confident and calm” over the threat of coronavirus following a rise in the number of cases in the country.

During that time in January and February as he missed the meetings, the Prime Minister was criticised for failing to meet with flood victims, reshuffled his cabinet and spent 12 days away from Downing Street on a half-term “working break” with his pregnant fiancée Carrie Symonds at Grade I-listed Chevening, the Government’s country house in Kent.

Mr Johnson, who was finalising a divorce with his second wife, Marina Wheeler, at that time also auctioned off two games of tennis with himself at a Tory fundraising ball.

When Mr Johnson returned to the Commons, Labour’s then-leader Jeremy Corbyn blasted him for his absence and called him a “part-time Prime Minister”.

In mid-February, advisers from Imperial College London, including Professor Ferguson and Professor Peter Openshaw, warned that as many as 400,000 people in the UK could die if the virus swept the country uncontrolled.

On February 26, ministers were given a chilling report, from experts at the London School of Hygiene and Tropical Medicine, including Professor John Edmunds and research fellow Nick Davies.

It predicted as many as 380,000 deaths and 27million cases unless drastic action was taken to curb the spread of Covid-19.

Some 220,000 intensive care beds would be needed to treat the tsunami of infected patients.

The report said a lockdown was needed – almost four weeks before it was imposed.

At the meeting chaired by Mr Johnson on March 2, he signed off on a “battle plan” with four phases aimed at containing, delaying, researching and mitigating the spread of the virus.

It came after he spent the weekend with Ms Symonds at Chequers and the couple publicly announced that she was pregnant and they were engaged.

No10 sources said Mr Hancock was in charge when the crisis first unfolded.

He held his first daily briefing on March 16 after the outbreak had long spiralled out of control and as officials were scrambling to prepare the NHS for the worst health crisis in a century.

At that stage, the death toll stood at 55, there were more than 1,500 confirmed cases, there were growing calls for schools to be shut, and the stock markets had tumbled.

The UK-wide lockdown was announced a week later.

In the damning report, sources said emergency stockpiles of personal protective equipment (PPE) had dwindled and expired after they became a low priority during the years of Tory austerity.

The coronavirus lockdown is a worrying time for millions across the UK.

But it’s also bringing out the best in people who are selflessly giving their time each day to help those most in need.

Our Mirror Coronavirus Heroes series wants to recognise all of those helping the most vulnerable during the crisis.

Whether it’s a local business going the extra mile for the community or a teenager helping an elderly neighbour, we want to hear about it.

You can email your stories of Mirror Coronavirus Heroes to webnews@mirror.co.uk.

Some 279,000 items of PPE were sent to China following a request for help from Beijing.

NHS workers on the front line of the crisis have complained about shortages since the early days and there were fears that some hospitals would run out of PPE such as gowns this weekend.

Pandemic training for key workers had been put on hold for two years as the Government prepared for the possibility of a no-deal Brexit, and the pandemic plan wasn’t followed at times as the crisis unfolded, it is claimed.

The Government has also faced criticism for failing to expand its testing regime sooner.

The report said the Government didn’t seek help from the British In Vitro Diagnostics Association, which represents most of the UK’s testing sector, until April 1, the day before Mr Hancock set a new target of 100,000 tests a day by the end of April.

Doubts were immediately cast on whether the goal was achievable.

Mr Johnson, 55, is now recovering at Chequers, the Prime Minister’s country retreat in Buckinghamshire, after he caught coronavirus and spent time in intensive care at St Thomas’ Hospital in London.

A Downing Street spokeswoman said: “The Government has been working day and night to battle against coronavirus, delivering a strategy designed at all times to protect our NHS and save lives.

“Guided by medical and scientific expertise, we have implemented specific measures to reduce the spread of the virus at the time they will be most effective.

“Our response has ensured that the NHS has been given all the support in needs to ensure everyone requiring treatment has received it, as well as providing protection to businesses and reassurance to workers.

“The Prime Minister has been at the helm of the response to this, providing leadership during this hugely challenging period for the whole nation.”

Jonathan Ashworth, Labour’s Shadow Health Secretary, said: “These reports raise serious questions about the Government’s immediate response to this pandemic and whether they were too slow to act.

“Mistakes have been made, especially over PPE and testing, which ministers must learn from. It is now urgent that our NHS and care staff get the protective equipment they need to keep them safe.”