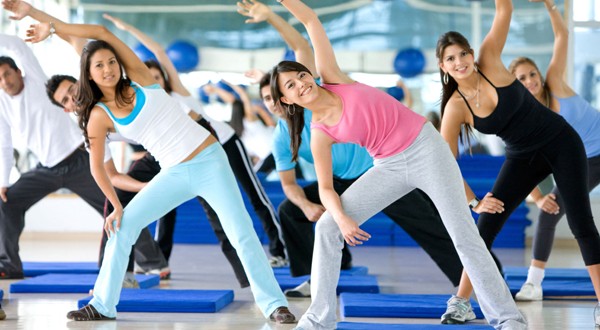 CFS Is Not a Psychological Illness or Exercise Phobia

The authors of a controversial PACE trial analysis published online in The Lancet Psychiatry on January 13 have stated that the fear of exercise in chronic fatigue syndrome (CFS) is not “irrational”, and that the illness is not an exercise phobia or psychological. The have also admitted that CFS is an illness “where exercise increases symptoms.”

Writing in the British Medical Journal (BMJ), Prof. Trudie Chalder, Kimberley A. Goldsmith, Prof. Peter D. White, Prof. Michael Sharpe, and Prof. Andrew Pickles said they wanted to “clarify” that they had not said “fear avoidance was the cause of CFS.”

We did not state that the illness was psychological or an exercise phobia. Nor did we say that fear of exercise was “irrational”.

So What Did They Say?

In the summary of their article, Rehabilitative therapies for chronic fatigue syndrome: a secondary mediation analysis of the PACE trial, under a sub-heading Interpretation they stated: “Our main finding was that fear avoidance beliefs were the strongest mediator for both CBT (cognitive behavior therapy) and GET (graded exercise therapy). Changes in both beliefs and behaviour mediated the effects of both CBT and GET, but more so for GET. The results support a treatment model in which both beliefs and behaviour play a part in perpetuating fatigue and disability in chronic fatigue syndrome.”

As reported by The Argus Report, ME Research UK immediately slammed the report for stating that patients have “fear avoidance beliefs” and that this is a major negative factor perpetuating disability and fatigue in CFS sufferers. They also slammed the manner in which the report had been covered in the UK’s mainstream media.

ME/CFS sufferers also responded in anger, particularly at suggestions that when CBT is added to specialist medical care (SMC) or graded exercise therapy (GET), fatigue is more effectively reduced and physical function is improved.

A number of medical and other professionals also responded negatively, including an American neuroscientist who labelled exercise “a noxious stimulant” that will worsen the symptoms of ME/CFS.

Published in Research News on January 14, under a main heading, Tackling fears about exercise is important for ME treatment, analysis indicates, and sub-heading, Mediators of response to behavioural treatments in CFS, they state that CFS is “a chronic illness that can be associated with extreme disability” and that both clinicians and patients need “more information about the effectiveness, safety and mechanisms of action of currently available treatments.”

This they say is why they initially conducted the randomized, controlled PACE trial, finding that by adding CBT and GET to specialist medical care (SMC) doctors had “greater success in reducing fatigue and physical disability” rather than adding adaptive pacing therapy (APT) to SMC or by simply relying on SMC.

They continued to insist that these treatments are safe and that improvements always occur.

Multiple measure of possible adverse outcomes also indicated that these treatments were safe. Improvements occurred irrespective of how the illness was defined.

According to the response, the Paper published in The Lancet Psychiatry last month was “concerned with how CBT and GET worked in the context of the trial.” It was important, they said, to have a better understanding of the “mechanisms of action” if they were going to be able to improve and individualize existing treatments and develop new ones.

We found that fear avoidance beliefs mediated both CBT and GET. This does not mean that these beliefs cause the illness.

It was understandable to be cautious about engaging in activity in “an illness where exercise increases symptoms.” Furthermore, the same was true for other chronic illnesses like low back pain, “where fear avoidance beliefs have been show to both moderate and mediate the effects of treatment.”

In response to claims and challenges that the primary outcomes of their PACE trial had been “self-rated”, they argued that these were “the most appropriate measures to judge improvement in an illness that is currently defined by symptoms.”

We hope that this paper contributes to developing better ways of managing this illness.

As always, authors of research work like this must declare any competing interests. Accordingly they state that:

Penny Swift is an experienced journalist who has worked on daily and Sunday newspapers in several parts of the world. Her specialties include news, investigative writing, consumer, health, and medical spheres. She has written more than 40 non-fiction books mostly about construction and home-related topics, as well as decorating and landscaping.
Previous New Clinical Case Definition for ME/CFS: Fears It Will Be Labeled “Behavioral Health”
Next IOM Wants ME/CFM Name Changed to Systemic Exertion Intolerance Disease (SEID)