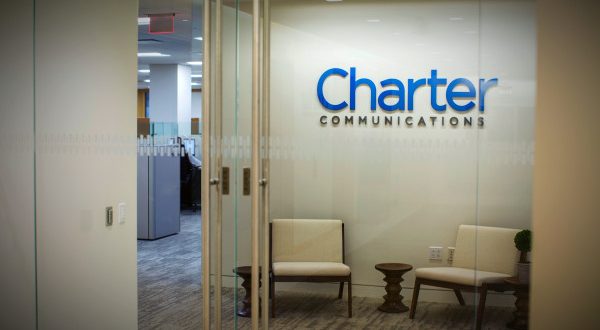 Staff at telecommunications giant Charter Communications are still having to work from corporate offices — against the advice from the federal government — despite at least one employee testing positive for coronavirus and other staff coming into contact with another confirmed case.

The phone and internet giant, which owns the Spectrum brand, has doubled down in the past week on its policy of disallowing its 15,000 office-based employees to work from home, prompting one engineer to quit over fears he would contract the illness.

Dozens of other Charter employees have contacted TechCrunch in the past few days with concerns about their current working conditions. Current government advice is to avoid gatherings of 10 people or more and for businesses to allow employees to work from home where possible.

The employees we spoke to said that while Charter has the means to allow staff to work from home, executives are reluctant to relax the policy. Charter chief executive Tom Rutledge said in an internal email to staff this week that employees are “more effective from the office.”

Charter employees say they are being forced to use their sick leave if they are exhibiting symptoms. Other companies, including AT&T and Verizon (which owns TechCrunch) are allowing staff to work from home.

Internal emails and correspondence sent by multiple Charter employees, who asked not to be named for fear of retribution from the company, show several staff in offices across the U.S. have shown symptoms and have been tested for the coronavirus strain, known as COVID-19.

An employee at a call center in Akron, Ohio also tested positive for COVID-19 on Tuesday, according to another employee. The employee said that they fear others have been exposed to the virus because the infected employee had been forced to come into the office all week.

Another email sent to staff in Charlotte, N.C., said an employee had self-isolated after reporting coronavirus symptoms. It’s not known if the employee has tested positive. Gizmodo reported Wednesday that an employee at one of Charter’s offices in San Diego had undergone testing for COVID-19. The test results were also not released.

But staff at Charter’s office in New York City were told to still come into work, despite a positive COVID-19 case in the building. An email sent on Wednesday to some employees in the New York City office said a tenant on another floor, who used the same elevator banks as Charter employees, tested positive for COVID-19. The tenant was last in the building on March 5, according to a building notice seen by TechCrunch.

Some staff only found out about the positive result when “one of the good guys posted it in the elevator so others would see,” according to one employee.

Cameron Blanchard, a spokesperson for Charter, declined to comment on individual employee matters, and claimed the company was “following CDC guidelines,” and repeated previously made remarks that the company is “reviewing continuity plans daily” and “will adjust accordingly.”

The spokesperson also asked TechCrunch not to rely on “rumors” or “anonymous sources.” (The spokesperson declared this to be “off the record,” which requires both parties to agree to the terms in advance, but we are printing the reply as we were given no opportunity to reject.)

As it stands, there are more than 214,000 global cases of coronavirus, with some 7,700 reported cases in the United States.

Charter was not the only company this week accused of putting its staff at risk. This week, it was reported that Best Buy was forced to reduce the number of customers in its stores to prevent the spread of the virus after staff spoke out.

But where Best Buy changed its policy, Charter is standing firm.

One employee said that Charter was more preoccupied with preventing its staff from talking to the media. One internal email sent Wednesday and seen by TechCrunch said that employees should “not provide any info or engage in further discussion with media outlets or investors making inquiries.”

That employee said they were “disappointed in and ashamed” of how Charter is acting. “This will all come back to bite them in the ass eventually,” the employee said.