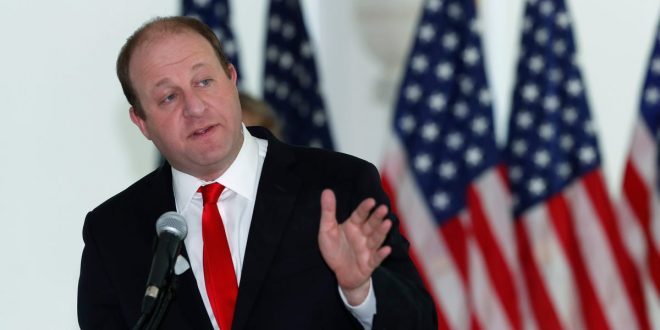 Colorado recently purchased COVID-19 tests from South Korea, but the shipment was kept “under wraps” due to concerns that the federal government might take them, Colorado Gov. Jared Polis said Friday on Colorado Public Radio.

Polis told CPR that the state kept efforts to secure the tests quiet because “we were worried that the federal government or somebody else would take them.” The state used emergency funds to pay in cash upon delivery.

“We kept it under wraps,” he said. “We simply didn’t know if anybody would swoop in.”

The challenge with the federal government, and the Federal Emergency Management Agency (FEMA) in particular, Polis said, “is they often go to the front of the line in acquisitions. This is what happened to us with regard to ventilator acquisition.”

The governor previously accused the federal government of swooping in on a ventilator order. Other states have made similar accusations. FEMA has rejected accusations that it is seizing supplies.

Colorado Sen. Cory Gardner announced in late April that the state had negotiated a deal for over 100,000 COVID-19 tests from South Korea that would “soon be delivered,” but details were limited.

Polis, who briefly acknowledged the order in a press conference after the senator’s announcement, revealed to CPR that the imported tests are now in the state.

“We don’t tell anybody until they are here on the ground in Colorado,” Polis said at a Friday press conference. “We have no reason to believe the feds would take any kind of seizure action once they’re here. We are just worried about them cutting them off at the manufacturer during the supply chain or during customs.”

A spokesman for the governor’s office told Insider that there were actually some logjams getting the tests through customs. Polis described the current situation as a “global free-for-all.”

Polis acknowledged that he continues to see the federal government as a partner, and a spokesman for his office told Insider: “These are unprecedented times, and we are working with anyone and everyone who can help Colorado — private sector, federal government — to increase our testing ability.”

The governor’s comments follow Maryland Gov. Larry Hogan’s revelation Thursday that Maryland National Guard troops and state police were called in to protect a shipment of 500,000 tests from South Korea from seizure.

Hogan told The Washington Post a Korean Air flight carrying the tests recently landed in Baltimore “with a large contingent of Maryland National Guard and Maryland state police because this was an enormously valuable payload.

“It was like Fort Knox to us because it’s going to save the lives of thousands of our citizens.”

The governor said the tests were “so important to us that we wanted to make sure that plane took off from Korea safely, landed here in America safely, and that we guarded that cargo from whoever might interfere with us getting that to our folks that needed it.”

Hogan added that the protection mission is ongoing, saying that “the National Guard and state police are both guarding these tests at an undisclosed location.”

He explained that such actions were deemed necessary after reports surfaced of states having masks and other supplies seized or intercepted by the federal government.